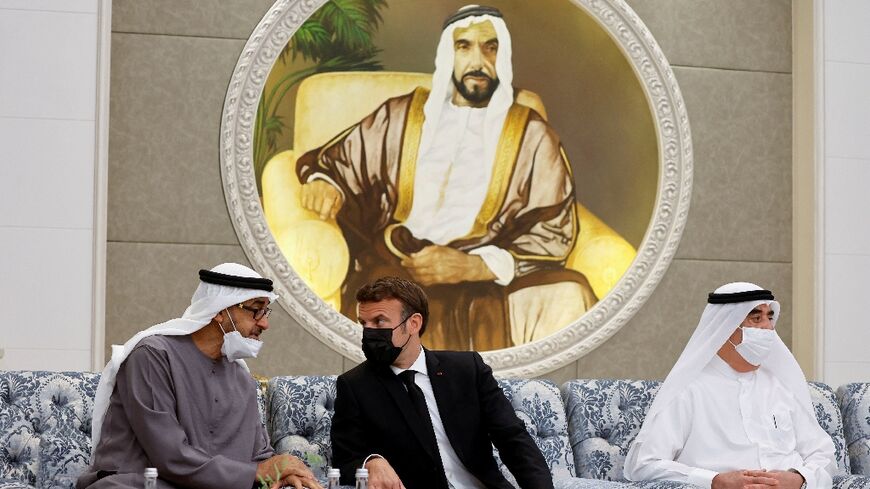 French President Emmanuel Macron, at the centre, meets the newly-elected president of the United Arab Emirates, Sheikh Mohammed bin Zayed Al Nahyan, on the left, at Al Mushrif Palace in Abu Dhabi on May 15, 2022 - CHRISTIAN HARTMANN
by Jerome RIVET with Talek HARRIS in Dubai
May 15, 2022 — Abu Dhabi (AFP)

French President Emmanuel Macron, on the maiden foreign trip of his second term, was the first of a number of Western leaders to meet "MBZ", the oil-rich Gulf state's long-time de facto ruler who was appointed on Saturday, a day after the death of his ailing half-brother Sheikh Khalifa.

He was followed later by British Prime Minister Boris Johnson, who offered his commiserations on Sheikh Khalifa's death and his congratulations on the presidency, an official told AFP. Queen Elizabeth II also sent her congratulations.

Israel's president and the king of Spain were also scheduled to meet Sheikh Mohamed on Sunday, with US Vice President Kamala Harris and Secretary of State Antony Blinken due on Monday.

The high-level visits reflect the increased influence wielded by the UAE in the Middle East and further afield due to its wealth, oil resources and strategic location. 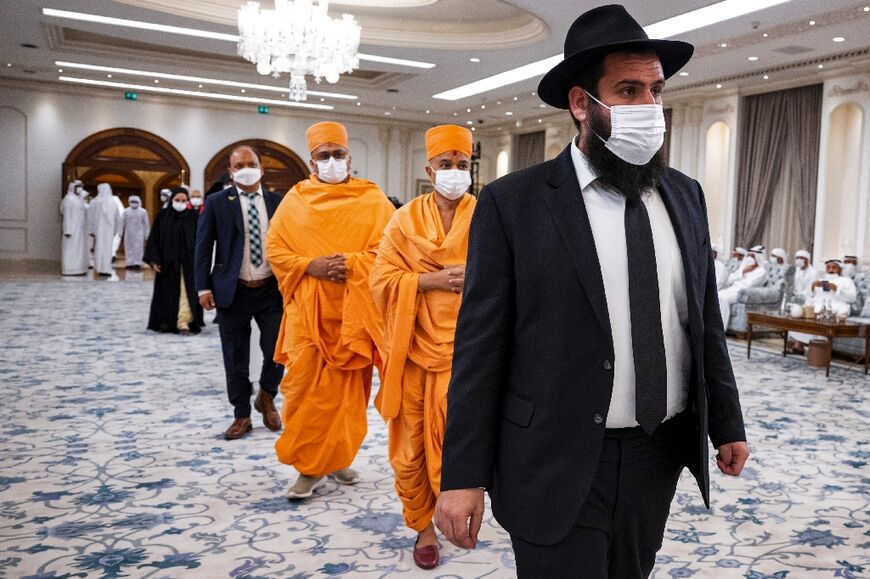 Sheikh Mohamed, 61, has controlled the levers of power since 2014 when Sheikh Khalifa, his 73-year-old half-brother, was sidelined by a stroke. The cause of his death was not announced.

Under Sheikh Mohamed's low-key direction, the wealthy UAE has emerged as a leader of a reshaped Middle East, forging ties with Israel and joining a Saudi-led war against Iran-backed rebels in Yemen.

Sheikh Mohamed was chosen to head the government of the desert state in a unanimous vote Saturday by leaders of the country's seven emirates, as had been widely expected.

Flags are at half-mast around the country, which is observing 40 days of mourning for Sheikh Khalifa, who took over in 2004 after the death of his father, founding president Sheikh Zayed bin Sultan.

Macron, in his talks with Sheikh Mohamed, expressed his "sincere condolences to his family and the people" over Sheikh Khalifa's death, according to the French presidential office.

"The United Arab Emirates are a strategic partner for France, a fact that is borne out by the degree of our cooperation in areas as varied as defence, culture and education," it added.

Blinken and Harris's visit on Monday could help repair ties strained since US President Joe Biden replaced Donald Trump in the White House. 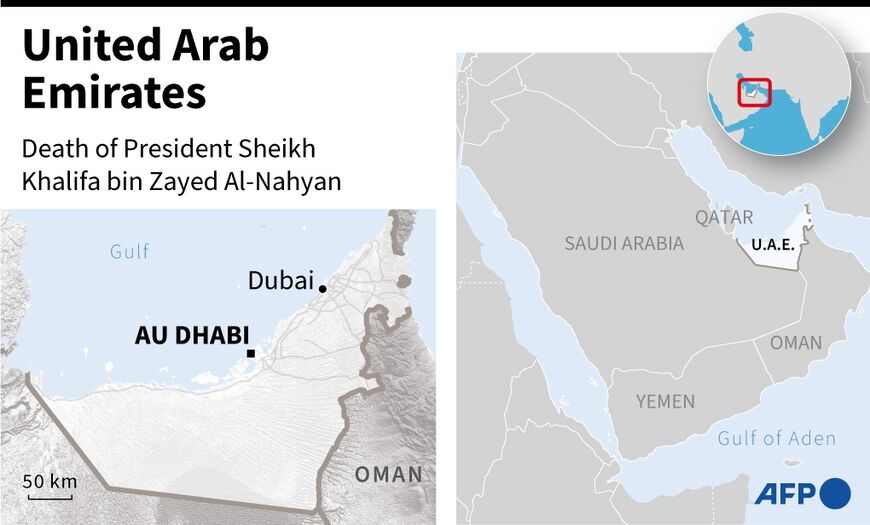 The two sides have been at odds over issues including Abu Dhabi's refusal to condemn Russia's invasion of Ukraine and Washington's reopening of nuclear talks with Iran, long accused by Gulf states of creating regional chaos.

Both Macron and Johnson were making their second visits to Abu Dhabi in recent months.

Johnson's visit in March failed to convince the UAE and Saudi Arabia to pump more oil after Russia's war in Ukraine sent markets into turmoil.

The UAE signed a 14-billion-euro contract for 80 Rafale warplanes during Macron's previous visit in December.