Turkey's Erdogan seeking a meeting with Assad and Putin

In a reversal, Erdogan wants Russia to set-up a three-way meeting with Bashar Al-Assad, ten years after Ankara calling for his removal from power 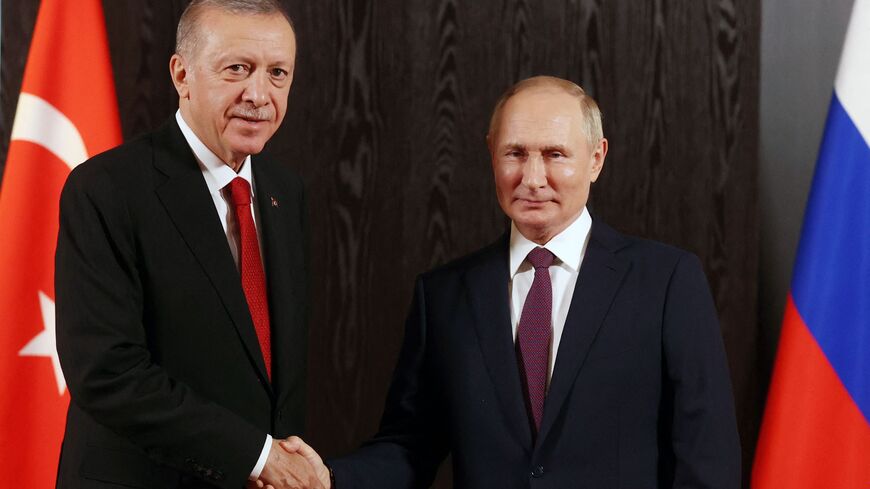 Turkish President Recep Tayyip Erdogan said Thursday that his country was seeking three-way meetings between Ankara, Moscow and Damascus, a fresh addition to Turkey’s efforts to restore its ties with the Syrian government of Bashar Al-Assad, ten years after relations broke off between them.

“We want to take a tripartite step as Syria-Turkey-Russia,” Erdogan told reporters during his return from Turkmenistan, adding that the three countries' defense and foreign ministers could come together first.

“Following their meetings, let us get together as the leaders. I offered this to Mr. Putin and he received it positively. Thus, a series of contacts would be launched.” he said, referring to a Dec. 11 phone call between the two leaders.

Diplomatic ties between the two countries broke off in 2012, following the Syrian conflict and Erdogan becoming one of the first leaders to call on Assad to step down. In August, Erdogan openly declared that toppling Assad was no longer on his country’s agenda amid Ankara’s plans to launch a new ground offensive against Syrian Kurdish groups that it considers “terrorists.” Late November, Erdogan expressed interest in a meeting with Assad.

Contacts between the two countries’ intelligence services remain the sole direct dialogue channel between Damascus and Ankara. Turkey continues to back Syrian rebels fighting against the Assad government.

Erdogan’s proposal comes at a time when Turkey has been pressing both Moscow and Washington to convince Syrian Kurdish groups to withdraw from a strip 30 kilometers (18 miles) deep along the Turkish border.

Erdogan reiterated Thursday Ankara’s demand for the “security corridor,” saying that Turkey would act on its threat of a ground operation if needed.