Speaking ahead of the Finnish defense chief's visit to Turkey, the top Turkish diplomat has complained that his country is still under de facto defense sales restrictions from Finland. 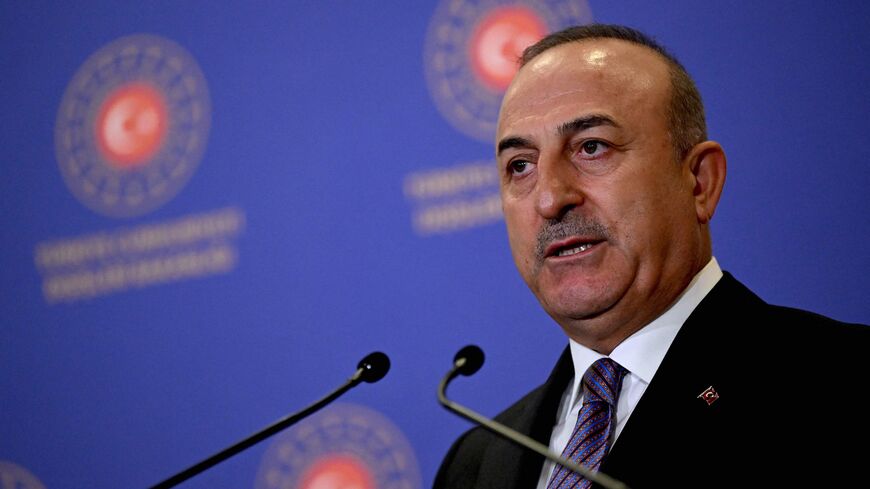 Turkish Foreign Minister Mevlut Cavusoglu addresses a press conference with the NATO secretary-general after their meeting at the Foreign Ministry in Istanbul on Nov. 3, 2022. - OZAN KOSE/AFP via Getty Images

Finland has yet to lift arms embargoes against Turkey, a pledge that both Stochkholm and Helsinki made under a deal paving the way for the Nordic enlargement of NATO, the top Turkish diplomat said, speaking ahead of the Finnish defense chief’s visit to Ankara this week.

Dropping their historical military non-alignment policies, both Sweden and Finland applied to join NATO in the face of the Russian invasion of Ukraine. Ankara has asked both countries to address its national security concerns in return for ratifying their accession to the alliance.

“There has been no statement from Finland that the arms embargo against us has been lifted yet. We are waiting for such a statement from them,” Turkey’s Foreign Minister Mevlut Cavusoglu said Tuesday, speaking at a joint presser with his Romanian counterpart Bogdan Aurescu in Ankara. He added that Finnish Defense Minister Antti Kaikkonen’s visit to Turkey this week will be “important” in this respect.

Although there is no official Finnish ban on arms sales to his country, Ankara has been witnessing restrictions on military imports from Finland “in practice,” Cavusoglu said.

In addition to the assurances over defense imports, Sweden and Finland also promised to take action against individuals and groups that Ankara links with terrorism, including the extradition of dozens of people wanted by Ankara.

“We have relatively less problems with Finland, but there are more concrete steps that Sweden has to take such as [on the] financing of terrorism, similarly freezing of terror assets and extradition of criminals to Turkey,” Cavusoglu added.

The top diplomat also welcomed Sweden’s extradition of a man over his links to the outlawed Kurdistan Workers Party last week. The Kurdish armed outfit fighting for self-rule inside Turkey for some four decades is considered a terrorist organization by several Western countries including the United States.

Cavusoglu said the man was not among the list of names that Ankara has given Stockholm, adding, “Our demands, including the extradition of people who are on our list and asset freezes for those who are [in Sweden], are serious demands.”