Faithful to his past energy policies and on the backdrop of the global energy crisis, Prime Minister-designate Benjamin Netanyahu is likely to expand exploration for natural gas off Israel's shores. 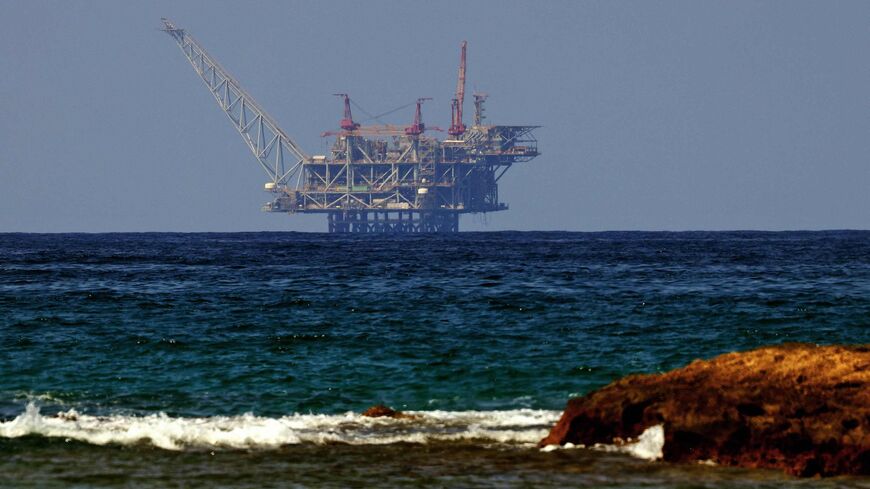 A view of the platform of the Leviathan natural gas field in the Mediterranean Sea is pictured from the Israeli northern coastal beach of Nasholim, on Aug. 29, 2022. - JACK GUEZ/AFP via Getty Images

Previous governments headed by returning Prime Minister Benjamin Netanyahu promoted the development of natural gas fields in Israel's economic waters, to some opposition within the country. The incoming Netanyahu government is expected to resume these efforts.

Netanyahu knows that like Israel, Cyprus, Greece and Egypt are also searching for solutions for increasing energy exports to Europe, including expanding reserves and export capacities.

After the major discoveries of the Leviathan and Tamar gas reserves more than a decade ago, Netanyahu leveraged them into regional diplomatic moves, including creating a forum of gas-producing countries in the eastern Mediterranean. Once the government is formed, it is expected to look for ways to increase extraction from current gas fields, look for new reserves and increase export capacity.

Experts believe that there are still unexplored gas reserves in the eastern Mediterranean basin. Several Israel and international companies have recently signaled interest in exploring for natural gas off Israel’s shores following the Energy Ministry's Dec. 13 publication of a fourth tender for permits to search for natural gas in Israeli waters.

The eagerness of the gas companies to start bidding is understandable: Exactly a year ago, Energy Minister Karine Elharar said she would not take on new gas exploration in 2022, effectively freezing any tenders for more gas exploration off Israel’s shores. She cited green energy efforts and pressure by environmentalist groups who oppose additional marine gas drilling.

The Russian invasion of Ukraine and the ensuing global energy crisis affected Israel as well. In May 2022, Elharrar announced a policy change and a forthcoming tender process. Then, on June 15, she signed a memorandum of understanding with the European Union and Egypt on accelerating the process of exporting gas to Europe. Israeli gas has been sold since the beginning of 2022 to Jordan and has powered the country's primary power plants.

The Dec. 13 tender offers search permits in four marine zones. In some of these zones, pervious search permits had already been issued and seismic surveys have been done.

Israel's existing fields also have potential that has not been fully realized. The companies partnering on the Tamar reserve announced Dec. 8 they would invest around $673 million to expand gas extraction from the reserve in light of increasing demand from Israel and abroad. Soon thereafter, Israeli businessman Aaron Frenkel exercised an option from Emirati Mubadala Petroleum to buy half of its shares in Tamar for the price of $520 million.

NewMed Energy company (a partner in Leviathan) showed record profits this year because of its increased exports to Egypt and Jordan. All these developments are expected to pressure the new government to expand gas drilling as well as the gas quotas reserved for export.

Another incentive for the new government to increase exploration is growing demand in Israel. At the beginning of January, the price of electricity in Israel will increase by more than 8%, because a fifth of its electricity production is still from coal, the price of which has greatly increased. According to the government's plans, within five years all the coal plants will be replaced with natural gas plants. Israeli industry is also switching to gas, adding to the demand.

According to a Nov. 23 report by the Knesset research center, Israel currently could potentially produce around 900 billion cubic meters of gas per year. Experts estimate that the potential of the gas fields in Israel’s economic territory is at least double that, but the capacity of Israel's export pipelines is still small. Cypriot Energy Minister Natasa Pilides has spoken about a possible pipeline from the Karish field owned by Energean to the island.

In conversation with Al-Monitor, Pilides said that the pipeline from Karish will run to a liquefaction plant to be created in Cyprus and from there to Europe. She noted that as Netanyahu had previously advanced the issue for Israel and the region, she believes that his new government will do the same.