Speaking about the protests in Iran for the first time, Esmail Qaani said that 'honorable women' wear headscarves. 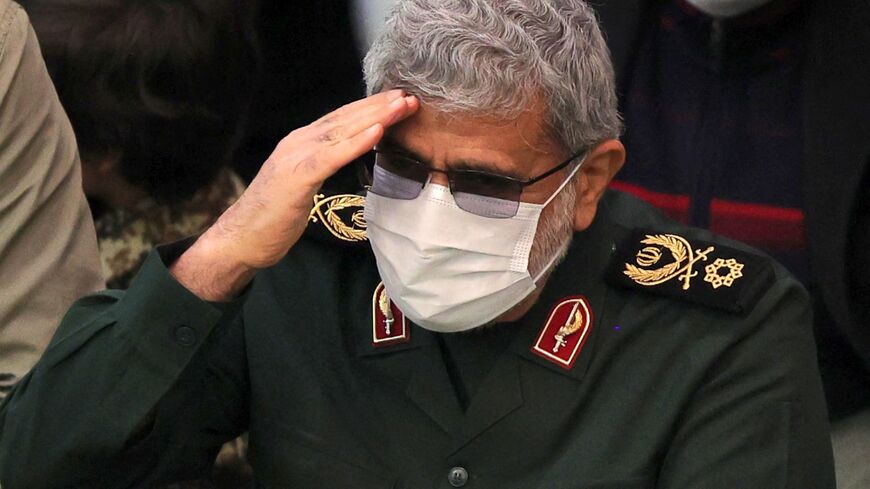 Iran’s Islamic Revolutionary Guard Corps Quds Force commander Esmail Qaani has weighed in for the first time on the recent protests in Iran with controversial comments about women who do not wear a hijab.

During a televised speech Tuesday, Qaani attacked the United States for the protests that have entered their fourth month. “You made so much noise in Iran,” Qaani said. “You gathered all of your energy from around the world, to what end?”

He continued, with his voice cracking and on the verge of tears, “Go to the entire Valiasr Street. You won’t see a single honorable woman without a hijab, not a single honorable woman.” The protests began Sept. 16 after Iran’s morality police arrested Mahsa Amini for wearing a loose-fitting hijab. Amini died in police custody, sparking anti-government protests across the country that so far have led to at least 500 deaths and the arrest of over 18,000.

Qaani also threatened journalists who supported the protests. “All of you who did media work against the Islamic Republic even for one day … one day your time will come. You will get hit.” He added that the warning also applies to those who did propaganda against the government or shared videos.

The speech was televised by Islamic Republic of Iran Broadcasting in honor of Hassan Irlou, a former Quds Force member and Iran’s former ambassador to Yemen, who died of COVID one year ago.

Qaani is typically soft-spoken, not prone to outbursts and careful not to weigh in on domestic issues, given that the Quds Force is specifically tasked with operations outside of Iran’s borders.

But his comments Tuesday will certainly anger and isolate those who have been involved in protests.