Business owners appeared to have defied the judiciary chief's threats of prosecution as a fresh wave of strikes gathered steam amid Iran's months-long anti-government unrest. 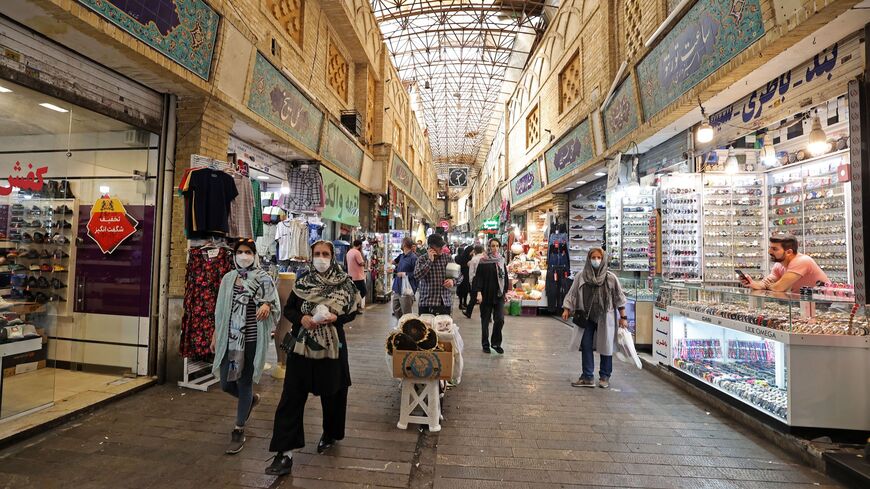 Iranian women shop at the Tajrish traditional bazaar in the capital Tehran on Oct. 2, 2022. This week many Iranian business owners across the country have closed their doors as part of a widespread strike. - GETTY

TEHRAN — Activists reported sweeping strikes in two-thirds of Iranian provinces on Tuesday, the second day of a civil disobedience campaign against the ruling Islamic Republic establishment.

Markets at several locations in the capital Tehran, and in other large cities including Tabriz, Isfahan and Shiraz, witnessed widespread closures.

The most sweeping strikes were reported in Kurdish areas, which have borne the brunt of the government crackdown on the unrest that began in mid-September, when 22-year-old Mahsa Amini died in custody of morality police after being arrested over her alleged failure to abide by Iran's strict headscarf rules.

The Paris-based Kurdistan Human Rights Network reported those strikes across at least 16 Kurdish cities. Sources also confirmed to Al-Monitor that in the town of Paveh as many as 95% of shop owners rolled down the shutters, while authorities toured the market in person to "seal" some striking shops with a special tag, meaning the shop owners would not be allowed to run their businesses until further notice.

Iran's judiciary chief, Gholam-Hossein Mohseni-Ejei, issued directives to law enforcement to "identify and put to trial" those promoting the walkouts. According to state media, however, most of the shop owners "ignored" the strike action and "intimidation" by campaigners.

As part of the three-day plan, activists are spreading the word to boost the strikes with street demonstrations on Wednesday. The crackdown has left at least 473 protesters dead, according to the foreign-based Human Rights Activists News Agency, while over 18,000 others are believed to have been arrested.

No concession on hijab

Debates over the future of Iran's controversial hijab controls have been heating up over the past few days. Iranian officials have signaled plans to abolish the Guidance Patrol, the public face of the morality police. Yet there were few signs that the ruling establishment was ready to eliminate or relax hijab rules.

Comments by the Chief Prosecutor, Mohammad Jafar Montazeri, on disbanding of the patrols, were reaffirmed by Ali Khan-Mohammadi, the spokesman for the Headquarters of Promoting Virtue and Prohibiting Vice, an influential government-run religious body. However, the cleric suggested that it was merely the structure and methods that will change, and that hijab supervision will vigorously remain in place.

"The riots are over, and in a few weeks the hijab violators and norm breakers will be dealt with," he declared. The hard-line figure also pointed out potential new "technologies," which has left many speculating that face detection tools may soon identify citizens breaching hijab regulations.

Another conservative cleric and member of parliament, Hossein Jalali, announced that he was pushing a law in which women failing to observe hijab would potentially face consequences including closure of their bank accounts.

"Scarves will be put back on women's heads in a week or two," he said, in an apparent reference to a growing number of defiant women, who have recently been challenging the ruling theocracy by removing, twirling and burning their headscarves on the streets.