Instead of being expelled to France last Sunday, French-Palestinian Salah Hamouri is being kept in prison pending a Jan. 1 court hearing of his case. 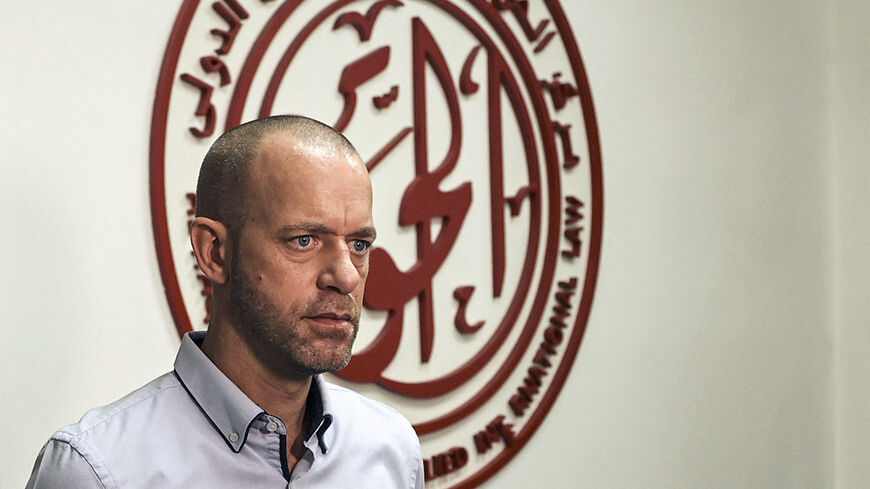 PARIS — The French Foreign Ministry confirmed on Wednesday that its consul general in Tel Aviv assisted in the two court hearings Dec. 6 on French-Palestinian Salah Hamouri, in detention in Israel since March 2022, urging Israeli authorities to release the detained citizen, and and allow him to reside with his family in Jerusalem.

''We continue to be committed in our efforts for [Hamouri] to be able to exercise the totality of his rights and [for him] to lead a normal life in Jerusalem, his city of birth and residence,'' noted the French foreign ministry.

Paris reiterated its commitment to continue with its efforts to ensure his release instead of expulsion. On Tuesday, the French consulate in Jerusalem tweeted, "We have made our position clear to Israel. Salah Hamouri must not be expelled."

Hamouri was born and raised in Jerusalem. He has been in administrative detention without being charged at the Hadarim security prison for the past nine months. Last week, Israel announced it was releasing him from detention, revoking his Jerusalem residence and deporting him to France. Still, in the end, Hamouri was not deported on Sunday as announced but was kept in detention.

The two hearings, in the presence of Hamouri’s lawyers, reportedly dealt with the decisions by the Interior Ministry to revoke his residency and expel him. The court decided that Hamouri will remain in prison until Jan. 1, 2023, when another hearing on the matter will take place.

Hamouri’s French wife and children have been living in France for several years, and Israeli authorities refuse to allow them to travel to Israel. They are in constant contact with French authorities. Last July, French President Emmanuel Macron brought up the issue of Hamouri in a phone call with Israel’s Prime Minister Yair Lapid.

A statement issued on Dec. 1 by Israel's outgoing Interior Minister Ayelet Shaked said that even after his release from prison, Hamouri continued his hostile activities against the State of Israel, which is why it decided to deport him. Reached by Al-Monitor, both the Israeli Interior and Foreign ministries declined to comment on the Dec. 6 hearings.