The French Foreign Ministry criticized Israel for deporting French-Palestinian lawyer Salah Hamouri, shortly after ending his nine-months’ administrative detention, and without letting him appeal the expulsion. 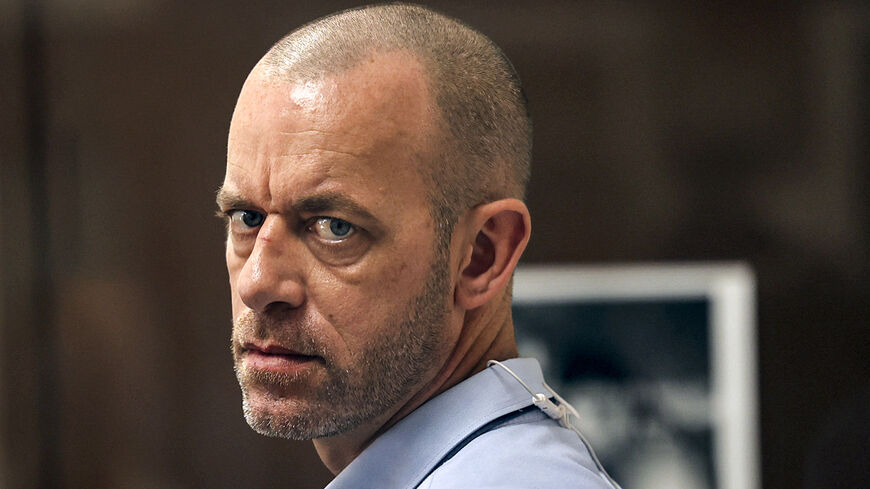 Salah Hammouri, French-Palestinian lawyer is pictured at the offices of al-Haq Centre for Applied International Law in Ramallah in the occupied West Bank on Nov. 8, 2021. - ABBAS MOMANI/AFP via Getty Images

French diplomatic sources told Al-Monitor on Monday that the expulsion of Palestinian-French detainee Salah Hamouri has added to existing concerns in Paris and within the European Union leadership over the incoming ultra-Orthodox/far-right Israeli government of Benjamin Netanyahu.

The affair clouds Israel-French relations as Prime Minister-designate Benjamin Netanyahu is trying to establish his new government, the sources said on condition of anonymity.

The French Foreign Ministry slammed Israel for the expulsion of Palestinian-French detainee Salah Hamouri, who was held without a charge since March, and was deported to Paris on Sunday.

Hamouri arrived on Sunday at the Paris airport after Israeli authorities ordered him to leave the country. Hamouri had been in administrative detention since March. This month, Israel’s Interior Ministry said Hamouri would be released and that his Jerusalem residency would be revoked. Without Israeli citizenship, Jerusalem residency or a visa, Hamouri was expected to be deported immediately upon release.

“We condemn today the Israeli authorities’ decision, against the law, to expel Salah Hamouri to France,” the French ministry said. It added that Paris remains "fully mobilized, including at the highest level of the state, to ensure Salah Hamouri’s rights are respected, that he benefits from all possible assistance and that he can lead a normal life in Jerusalem, where he was born, resides and wishes to live.”

After two court hearings this month attended by his lawyers, he reportedly was supposed to remain in detention until another hearing next month. Now that he's out of the country, it is unclear whether any such hearing will take place.

Jerusalem-born Hamouri was previously arrested in 2005 on suspicion of plotting to kill Grand Rabbi Ovadya Yosef. He was convicted and imprisoned for six years, before he was released in the framework of the Gilad Shalit prisoner exchange. Israeli security agencies believe he is still collaborating with the Popular Front for the Liberation of Palestine terror group.

“France also took several steps to communicate to the Israeli authorities in the clearest way its opposition to this expulsion of a Palestinian resident of east Jerusalem, an occupied territory under the Fourth Geneva Convention.”

The French Embassy in Tel Aviv, the French consulate in Jerusalem, senior officials at the French Foreign Ministry in Paris and even French President Emmanuel Macron have gotten involved in efforts to see Hamouri released and allowed to live with his wife and children in Jerusalem. Macron raised the issue in a conversation with Prime Minister Yair Lapid last July.

Interior Minister Ayelet Shaked has been leading Israeli efforts to expel Hamouri. Shortly after he boarded a flight to Paris, she tweeted, "After I decided to revoke the residency of the terrorist Salah Hamouri, I ordered his immediate expulsion from the country. Early this morning the long process was completed and he was deported to France. There is no reason for terrorists like Hamouri and others, whose entire goal is to harm Jews and the State of Israel, to benefit from a status in Israel and to stay in the country when they have other citizenship."

Shaked said in an Army Radio interview, "The security system was of course fully involved in the process. The intelligence assessment was that there, in France, with his family, he will find it much harder to take part in terror activity and he will be less motivated to do so. Since it was decided two weeks ago to release him from administrative detention, the security assumption was it would be better for everyone that he’ll be there, that he will walk around the Champs Elysée, eat croissants and not be here."