After signing a draft of a cooperation agreement between Europol and Israeli Police, the political leadership of the European Union is now backing away from the agreement. 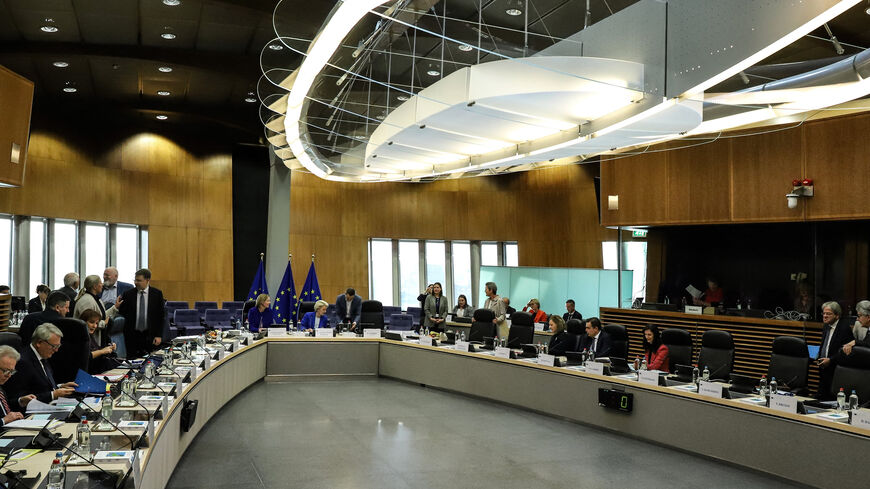 The European Commission decided to halt talks on a cooperation agreement between Israel and Europol, it was revealed this week. Jerusalem and Brussels have been discussing in the past year an agreement for sharing intelligence between Europol and Israeli Police.

Europol is the EU agency for law enforcement cooperation, coordinating joint actions and intelligence-sharing between European police forces. It deals with a variety of issues such as terrorism, international drug trafficking, money laundering, human trafficking and more. All these issues are extremely relevant to Israel.

Still, the actual framework of Israel-Europol cooperation is one-sided on the issue of sharing intelligence. Israel shares its intelligence with Europol, but not the other way around. The new agreement should amend that, expanding cooperation significantly.

The reason behind the European Commission halting talks on the new agreement is political. Several EU member states are reticent to sign cooperation agreements with Israel because of the Palestinian issue. They feel that by signing such agreements, they tacitly accept Israeli’s policy on the West Bank. Ireland, Belgium and Sweden, and Finland and France to a certain extent, are usually the ones leading opposition to such agreements within member states.

Faced with this ongoing political reluctance, Israel and the European Commission have reached in the past a compromise formula. This was the case for the 2021 European Horizon program for research and innovation. The agreement for Israel joining the European flagship R&D framework includes a "territorial clause." While excluding research teams operating in West bank settlements from allocation of European funds, the agreement also states that Israel does not accept the European definition of territory beyond the 1967 lines. In other words, the agreement reflects in nothing on the actual policy of Israeli governments on Palestinian territories.

A more recent agreement between Israel and the EU on cultural cooperation was caught in such a snag. Last June, it was announced that Israel would join the Creative Europe program. The draft agreement included the same formula as Horizon, excluding the settlements from European funding, while stating that the exclusion does not reflect Israel’s policy on the West Bank. Then, when a political crisis broke out in Israel, pro-settler Alternate Prime Minister Naftali Bennett vetoed Israel's prior decision to join the program. And so, Israel did not join the program — up to now at least.

The halting of the agreement with Europol is related to the same issue. Because of the nature of policing and dealing with criminals, the commission had agreed to add a second clause, in addition to the already agreed-upon "territorial clause." The second clause said that in specific cases, cooperation could take place even if the criminals spent time in east Jerusalem or the West Bank. The idea was that the criminals do not limit themselves to operating inside or outside the 1967 Green Line.

With both sides in agreement, Jerusalem was taken by surprise over the sudden European change of heart. Diplomats in Jerusalem said that the European U-turn was not necessarily motivated by fears over the future Benjamin Netanyahu government. Countries like Ireland and Belgium are pushing for a strong European stance on the Palestinian issue, against Israel, and so they are against the second clause.

What will happen now? It's hard to tell. On the face of it, the ball is now in Israel’s court. That being said, it is not clear whether the European Commission is ready to negotiate, or whether we are talking about an ultimatum to Israel. An Israeli diplomatic source told Al-Monitor that the new government could in any case reject out of hand any agreement with Europe that includes a "territorial clause." And if so, there would evidently be no room for negotiations.