Many Egyptian youth are graduating from universities and colleges without the skill sets needed to enter the current job market. 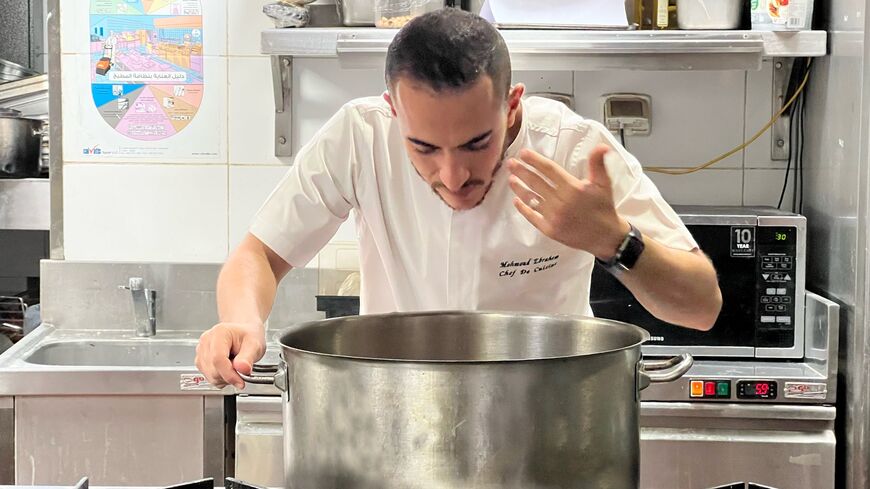 While Egypt puts its official unemployment rate at , the actual number of Egyptians not working, underemployed or working jobs that do not match their skills is said to be much higher.

This is in large part due to the country’s education system that, although improved, still doesn't serve the needs of students.

It’s also failing employers who are desperately seeking skilled labor, which as a result is hampering Egypt’s economic growth.

“We know that the unemployment level in Egypt, for example, and other countries (in the region) is the highest among the tertiary education levels — it is 22% — and much lower in the secondary and vocational education, because employers need more vocational skills than they need higher education,” said Biljana Ker-Lindsay, head of Access to Skills and Employment at the European Bank for Reconstruction and Development (EBRD).

There are a limited number of positions at the higher level and advanced skills level, with the majority of vacancies needing to be filled by people with technical and vocational education and training (TVET) in areas of tourism and agriculture, according to EBRD.

Egypt consistently scores below the regional average on education and skills for the current and future workforce, said Ker-Lindsay.

“We find that almost half of the Egyptian working youth are inoccupations that do not match their education, and this is a really big problem," she told Al-Monitor.

The cost tends to burden employers, particularly small- and medium-sized enterprises (SMEs), that have to pay the salaries of underperforming employees, to upskill or to fire then rehire capable talent.

In Turkey, the cost of staff turnover for one agriculture business firm of 800 workers was over $900,000 per year in direct and indirect costs including lost productivity. This was equivalent to 14% of the company’s annual revenues, according to a joint study by EBRD and the think tank International Center for Research on Women.

“This has a major impact on GDP,” said Ker-Lindsay, as the collective price tag leaves SMEs to bear the burden and limits their potential growth.

Students are graduating from universities and colleges without the skill sets needed to enter the current job market, according to employers in Egypt.

“If you want very professional people, it’s very hard to find them because most of them just travel to work in other countries,” said Dalia Ibrahim, CEO of Nahdet Misr Publishing Group in Cairo, adding that she had to find a short-term solution.

That solution was to create a school within the printing house some eight years ago. Today the learning institution has 600 students and certifies graduates with a government-approved diploma after completion of the three-year program.

Last year, she created the vocational education solutions company Ta’heal to bridge the skills gap between education institutions and employers in other industries.

The 84-year-old printing house expanded its role in the education space to work with ministries of education in Egypt and other Arab countries to find long-term solutions — and also to change stubborn mindsets, which Ibrahim considers the biggest obstacle.

“It’s the cultural pressure, pushing people to go to university, after which they don’t find a job matching what they have studied,” said Ibrahim.

The stigma, she said, lies in the social perception that working in a vocational field means a person is uneducated, unskilled or incapable of earning, which is not the case.

“Unfortunately this mindset is missing for the people living in Egypt. This is what the minister of education has been doing over the last five years, to change studying to enjoying learning,” said Ibrahim,

Upskilling is what Mahmoud Abd El Gaid has been doing since he stepped foot in a kitchen for his first part-time job at the age of 15.

“I didn’t even have an ID then,” said the now 27-year-old chef. "But that’s when I first discovered there was something of pride between me and the kitchen.”

What started as learning how to make pizza and pasta in a sports club kitchen in  led Gaid down a money-earning and fulfilling path in the young chef’s career.

He participated in a five-year hospitality program while in high school and earned his bachelor's degree in hospitality and tourism, but he said that wasn’t enough to excel in industry that makes up around 15% of Egypt’s GDP.

The young chef regularly takes courses and workshops under the tutelage of international chefs, works a full-time job in addition to consulting on restaurant management, and sharpens his skill set to win top five positions at global cooking competitions.

Seeking self-certification is a growing trend among young people, a mindset that education experts say was propelled by the pandemic and the entrepreneurial independence of younger generations.

“They’re opting to not look at the four-year program and instead just enroll in classes teaching skill base diplomas or certificates that go into their potential areas of interests,” said Dahlia Mahmoud, a strategic education consultant based between Egypt and the United Arab Emirates. Mahmoud facilitates between graduates struggling to find work

“Because they don’t meet the hiring criteria, people are seeing the value of nontraditional accreditation,” she told Al-Monitor

Young Arabic speakers are looking to platforms such as the IDRAK Virtual Academy and Coursera in English, which have vast digital libraries to gain skills instead of relying on traditional education institutions. They are also earning certificates directly from Google and other private companies they want to work for.

The tide is turning in Egypt and the greater region, said Mahmoud, and government institutions are going to have to adapt.