Many institutes of calligraphy simply closed their doors when the Egyptian government stopped subsidizing them, but one school persists. 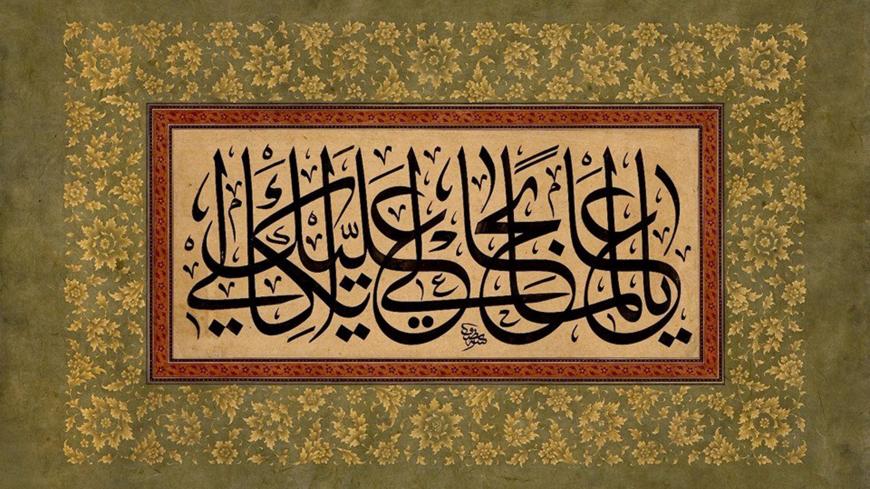 Khalil Agha School, Egypt’s oldest specialized institute of Arabic calligraphy, is struggling to survive as less and less people take an interest in learning calligraphy. Many calligraphy institutes have already closed their doors.

"The numbers are declining every year due to the lack of available job opportunities, the rise of technology and the labor market demand for other languages including English,” Hassan Mahmoud, the headmaster of the school, told Al-Monitor.

The school was inaugurated Jan. 29, 1928, by King Fouad I of Egypt with the aim of training skillful calligraphers. It used to have professors of both Turkish and Egyptian origins and the education was free, creating a wide demand. Today, there are 70 students and they have to shoulder school fees, as well as the cost of pens, ink and sketchbooks.

Located in Bab al-Shariya, Old Cairo, the school building is built in the modern Islamic style, and its collection includes 100-year-old paintings as well as many rare books.

“The students receive a diploma in Arabic calligraphy after four years of study. The school accepts students who are at least 15 years old and have obtained a preparatory school diploma,” Mahmoud said.

Borsaidi told Al-Monitor that the number of Arabic calligraphy schools declined dramatically over the past decade, standing now at only 70 schools, compared to 272 schools in 2006.

“The government has suspended financial support for Arabic calligraphy schools by abolishing free tuition and raising the cost of study to 250 Egyptian pounds [$14] per year for the certificate and 300 pounds [$17] for the year of specialization,” he said.

According to Borsaidi, the students also pay the costs of the study materials, including colored ink and sketchbooks, prompting many to drop out of school, especially if they have limited financial means. He added that the number of students decreased from 12,000 in 2006 to less than 1,000 currently nationwide.

“Arabic calligraphy is not only an art that reflects Egyptian culture and identity, but it can also be used to promote tourism and generate revenues for the government,” he noted.

Kamal Mogheith, a researcher at the National Center for Educational Research, said that Arabic calligraphy was considered more important in the 20th century. “The subject of Arabic calligraphy is still taught at Egyptian [elementary] schools, but this subject is being given short shrift and its teachers are not qualified enough,” Mogheith told Al-Monitor.

But he nevertheless believes that calligraphy will survive. “Many young people want to obtain the Arabic calligraphy diploma because they seek other jobs in Gulf countries, including the United Arab Emirates [UAE], Kuwait and Bahrain,” Mogheith said. He added that the UAE in particular is still protecting Arabic calligraphy although it has reached high levels of technological progress, because they consider it part of the Arabic culture and identity.

“Egypt established the school to improve and preserve Arabic calligraphy after Turkey abolished it. The school raised many of the pioneers of Arabic calligraphy around the world who wanted to modernize and reinterpret this Islamic art in the 20th century,” he told Al-Monitor.

He noted that Arabic calligraphy evolved with Islamic civilization and played an important role in it, “not only as a means of understanding and transfer of ideas, but as an art with its high aesthetic characteristics and values."

Beely added, “The Arabic calligraphy appeared in ancient manuscripts, building facades and wood fillings in the Abbasid, Fatimid and Mamluk periods, in Andalusian decoration and in the decoration of the Holy Quran.”

He said that Arabic calligraphy in Islamic decoration is like the image in Christian art as it has been one of the most important decorative elements used by Muslim artists. “There is almost no artistic work or mosque or beacon in Islamic countries around the globe without Arabic calligraphy because of its characteristics that link aesthetic values ​​with ideology,” he added.

For Mohsen Abdel Wahab learning calligraphy may mean finding work abroad. Working at the Khan el-Khalili Bazaar, Wahab, 45, has been engraving Arabic letters on copper for many years. “Studying Arabic calligraphy at a school and obtaining a diploma will be an advantage if I want to work abroad,” he told Al-Monitor. He is now in his second year.

“Now I hope that I will master Arabic calligraphy and make money out of this skill as well as start to teach other people,” she said.