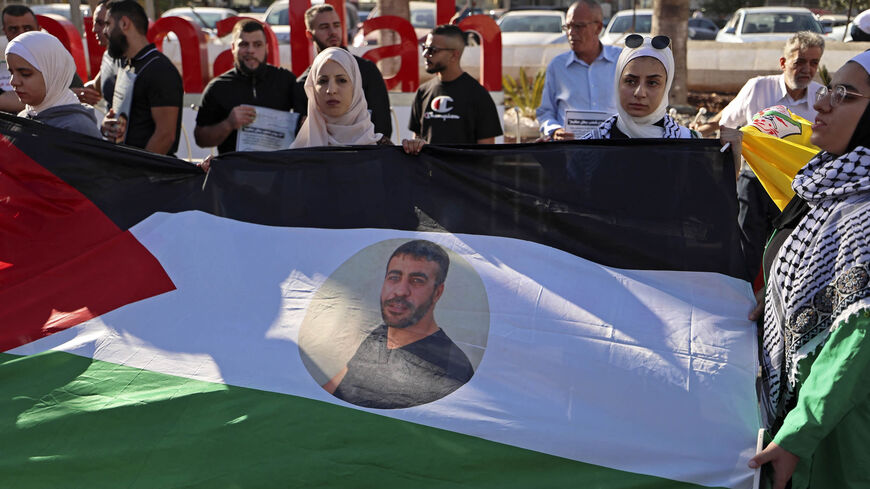 Palestinian officials announced early Tuesday morning the death of Palestinian detainee Nasser Abu Hamid. He had been charged with a life sentence and held in an Israeli prison since 2002.

In response to his death and the treatment of Palestinian prisoners, the Fatah movement in the West Bank, the Palestinian Bar Association and the General Union of Palestinian Teachers have called on Tuesday for a general strike across the territories. Palestinian President Mahmoud Abbas issued a statement mourning Abu Hamid.

Why it matters: The death adds to the tension in Israeli prisons and within the West Bank. Following Abu Hamid’s death, the Prisoners Information Office confirmed that several detainees started a three-day hunger strike. The Israel Prison Service is currently on high alert, expecting the situation to escalate.

The situation of Palestinian detainees has always been a heated topic between all sides. Hamas and Israel were recently in a new round of talks to secure a prisoner exchange, a practice that has become common. Although there is no official channel of communication between the two sides, the United Nations and Egypt usually serve as mediators.

Know more: Abu Hamid is the founder of the Fatah-linked Al-Aqsa Martyrs Brigade and was convicted in 2002 of killing seven Israelis and five Palestinian collaborators. He was “sentenced to life seven times and 50 years.” On Monday, he was transferred to Shamir Medical Center as his health condition deteriorated.

Abbas called for proper medical care from a human rights perspective during his speech at the annual United Nations General Assembly meeting in September.

According to various media reports, there are more than 4,600 Palestinian detainees in Israeli jails, of which 780 are held without charge or trial.