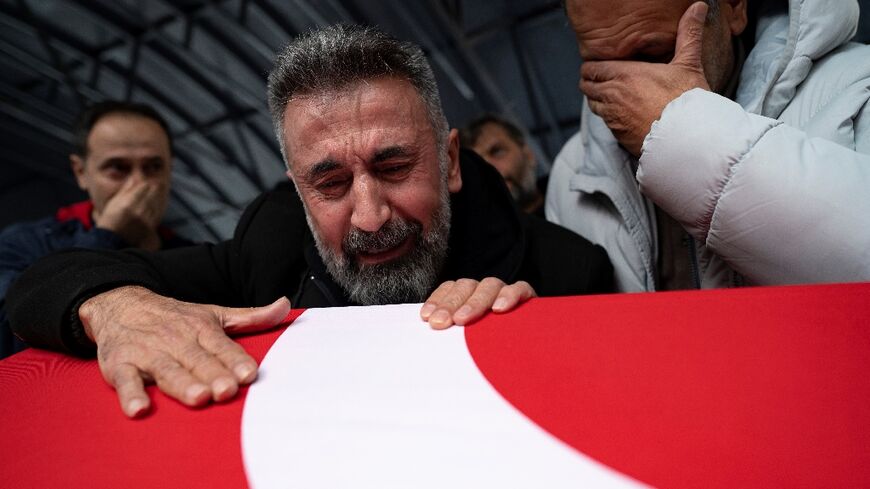 Turkey on Monday accused a Syrian woman of planting a bomb that killed six people in Istanbul, blaming the outlawed Kurdistan Workers' Party (PKK) for carrying out the attack.

Two girls, aged nine and 15, were among those killed when the bomb exploded shortly after 4:00 pm (1300 GMT) on Sunday in Istiklal Avenue, home to smart boutiques and European consulates. More than 80 other people were wounded.

"The person who planted the bomb has been arrested," Interior Minister Suleyman Soylu said in a statement broadcast by the official Anadolu news agency early Monday.

"According to our findings, the PKK terrorist organisation is responsible," Soylu said.

The PKK, blacklisted as a terrorist group by Ankara and its Western allies, has waged a deadly insurgency for Kurdish self-rule in southeastern Turkey since the 1980s.

It denied any role in the latest attack.

"There is no relationship between the PKK and yesterday's explosion in Istanbul," the group's spokesman told AFP.

A Turkish official told AFP that initial findings point to "units within a youth organisation affiliated with the PKK." 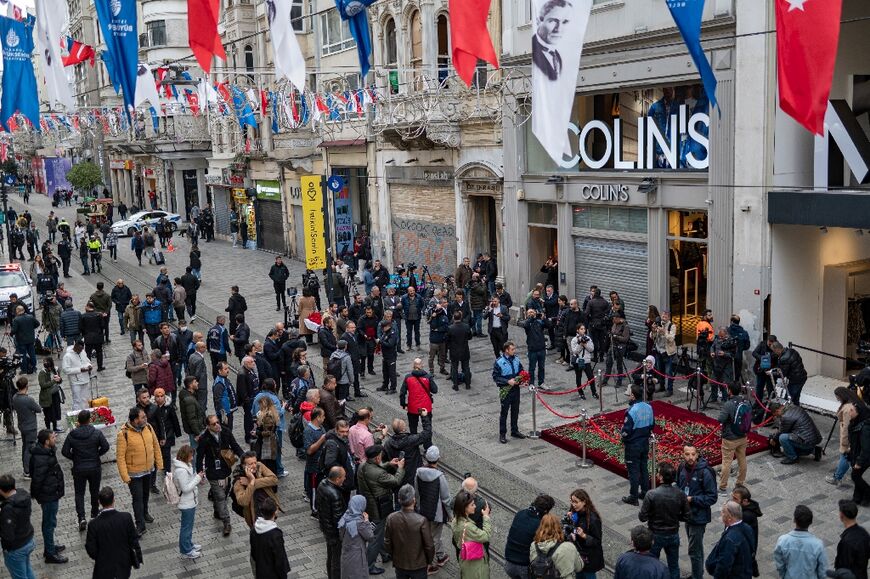 Police footage shared with Turkish media showed a young woman in a purple sweatshirt being apprehended in an Istanbul flat.

Police, cited by NTV, named her as Alham Albashir and said she was arrested at 02:50 am in an Istanbul suburb. Local media said she was a trained PKK intelligence operative and 23 years old.

Turkey buried the victims on Monday.

"Of course we are profoundly sad. A young teacher and her daughter being the victims of such a treacherous attack has upset us deeply," said Orhan Akkaya, a relative of a mother and her 15-year-old daughter killed in the attack.

The grieving father, Nurettin Ucar, was crying over his daughter's Turkish flag-wrapped coffin.

There has been no claim of responsibility.

"We believe that the order for the attack was given from Kobane," Soylu said, referring to a city in Syria near the Turkish border. 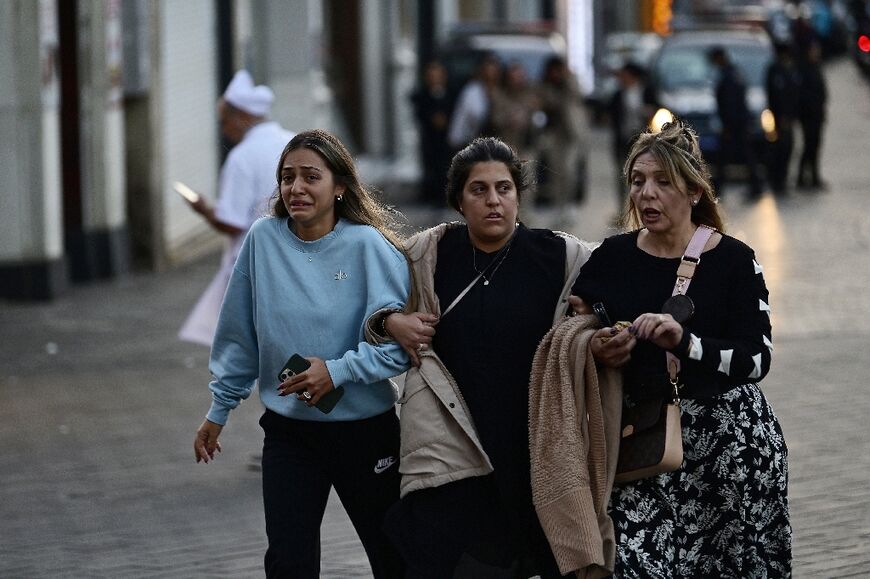 PKK-affiliated Kurdish militants control most of northeastern Syria and, in 2015, Kurdish fighters drove Islamic State jihadists out of the city.

The Kurdish-led Syrian Democratic Forces (SDF) also denied any role in the attack.

"Our forces have nothing to do with the Istanbul bombing," said Mazloum Abdi, the chief commander of the US-allied SDF.

Justice minister Bekir Bozdag told A Haber television that a woman had been sitting on a bench for more than 40 minutes, "then she got up", leaving a bag.

"One or two minutes later, an explosion occurred," he said.

On Monday, all the benches had been removed from Istiklal Avenue, where residents laid red carnations at the scene of the blast, some wiping away tears and others speaking of their fear of further attacks in the run-up to elections next June.

"We need more security!" said Idris Cetinkaya, who works at a nearby hotel and who came to pay his respects. 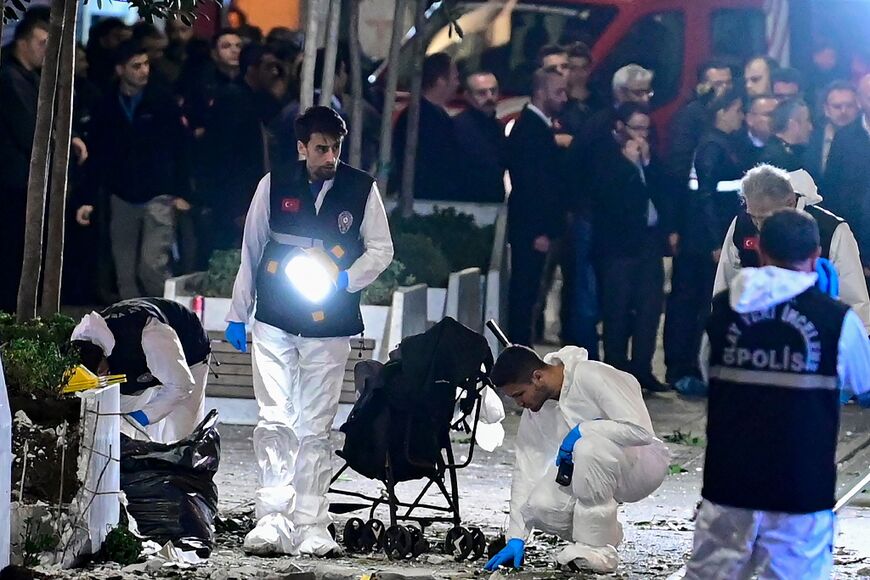 "The police just searched my bag when I got here, but that's the first time in a year. Millions of people come here, anything could happen at any second!"

Istiklal Avenue was previously targeted during a campaign of nationwide bombings in 2015-16 that were blamed mostly on the Islamic State group and outlawed Kurdish militants, killing nearly 500 people and wounding more than 2,000.

On Sunday, Turkish President Recep Tayyip Erdogan denounced the "vile attack" that had the "smell of terror" shortly before leaving for the G20 summit on the Indonesian resort island of Bali. 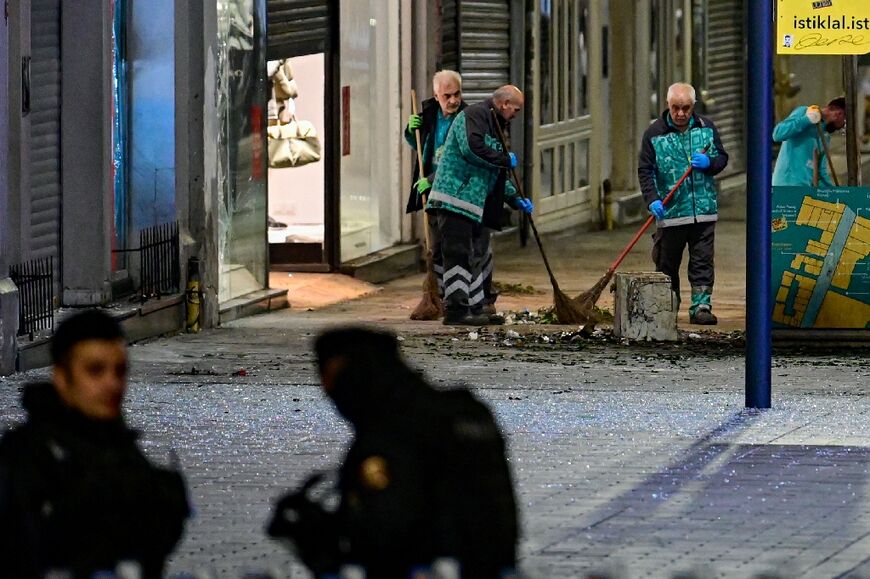 Kemal Ozturk, a shopkeeper, is among those who fear another explosion ahead of presidential and legislative elections in seven months' time.

"In an election period it can happen," the 42-year-old told AFP. "We live with fear".

Regularly targeted by Turkish military operations, the PKK has also been at the heart of a tussle between Sweden and Turkey, which has blocked Stockholm's bid to join NATO since May, accusing it of leniency towards the group. 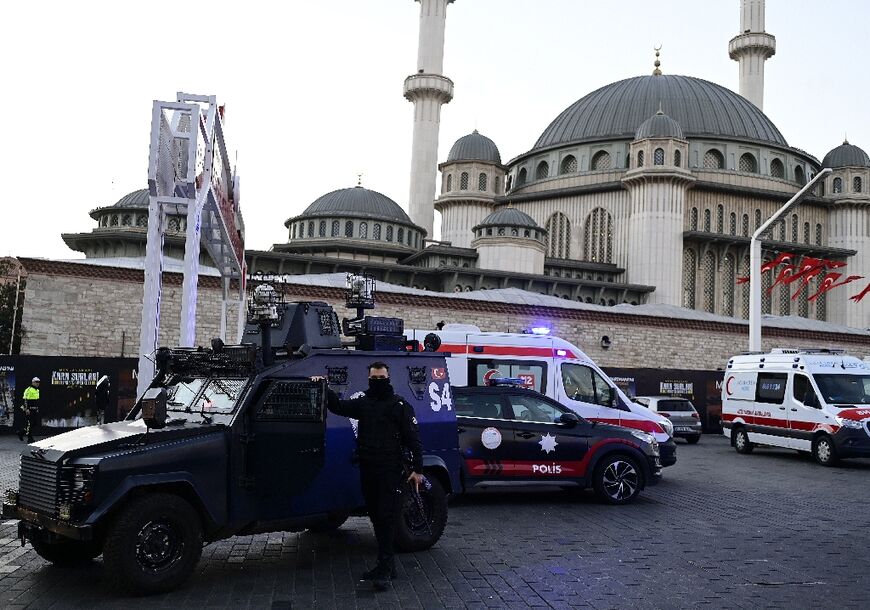 International condemnation flooded in from across the world, including from the United States, but on Monday, Turkey said it rejected US condolences over the attack.

Erdogan's government has often accused Washington of supplying weapons to Kurdish fighters in northern Syria who Ankara labels as terror group linked to the PKK.

"We do not accept the US embassy's message of condolences. We reject it," Soylu said.

"We stand shoulder-to-shoulder with our NATO ally Turkey in countering terrorism," said White House Press Secretary Karine Jean-Pierre. The US embassy tweeted it was "deeply saddened by the explosion".

President Vladimir Putin on Monday added his own condolences in a message to Erdogan.

"We reaffirm our readiness for the closest interaction with our Turkish partners in the fight against all forms and manifestations of terrorism," Putin said.

"My son was there. He called me and said an explosion happened," said Mecit Bal, who runs a small shop a few metres from the scene.

He will not go back to work today. He is psychologically affected," he told AFP.