Saudi Arabia and the UAE are both intent on growing their artificial intelligence sectors. 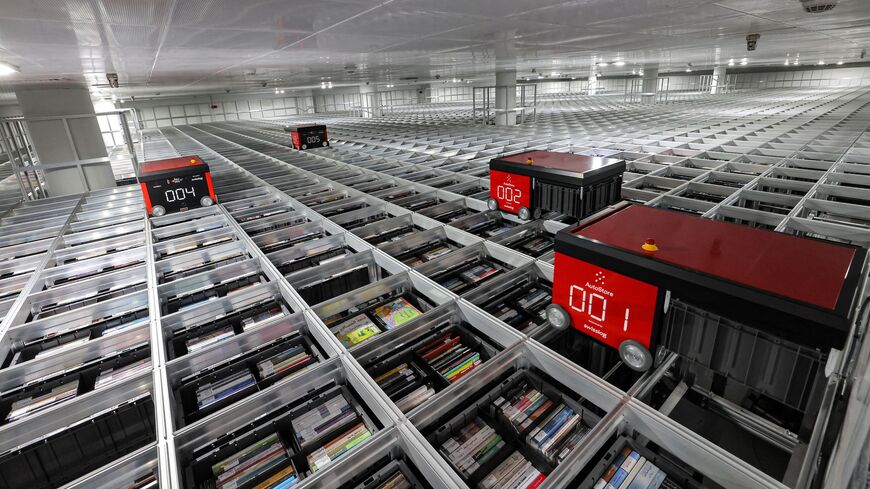 This picture taken on June 16, 2022, shows a view of the book retrieval robot system at the newly opened Mohammed Bin Rashid library in Dubai. - GIUSEPPE CACACE/AFP via Getty Images

The Saudi Ministry of Finance announced Monday that it approved two more artificial intelligence companies to operate in the kingdom. The ministry tweeted that Faceki and QVALON now have entrepreneurial licenses in Saudi Arabia.

Faceki, which has offices in Bahrain and the United States, sells facial recognition software that is used to verify identities. The company announced in August that it raised an undisclosed amount of seed funding in a round led by Riyadh-based Nama Ventures. Seed funding pertains to early-stage startups.

QVALON is based in New York and uses artificial intelligence to deliver customer service-related services.

Why it matters: Saudi Arabia wants to attract more artificial intelligence companies per its Vision 2030 economic diversification initiative. In September, the Saudi government announced plans to establish a new AI center in the kingdom. A month later, Saudi Arabia’s industry minster went to Silicon Valley to discuss AI with companies there.