Nine years after their last conversation, Israel’s Prime Minister Benjamin Netanyahu and Turkish President Recep Tayyip Erdogan spoke on the phone and promised to continue rapprochement between the two countries. 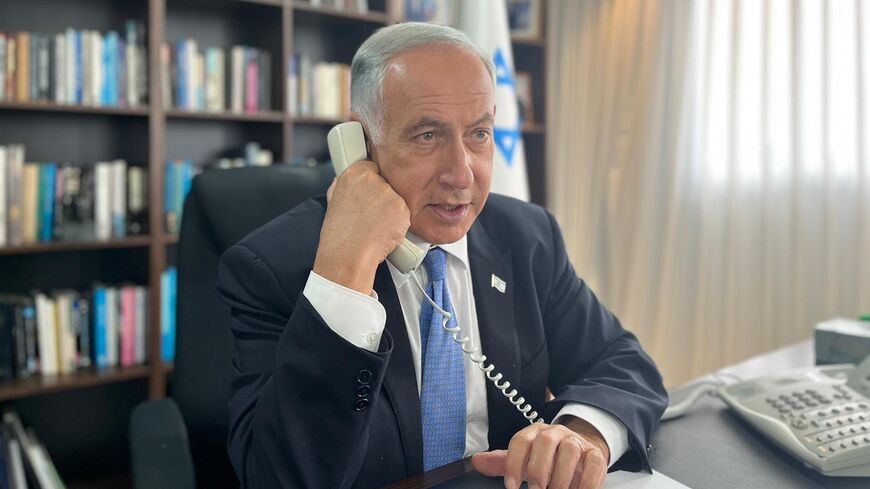 Designated Prime Minister Benjamin Netanyahu and Turkish President Recep Tayyip Erdogan spoke on the phone today, the first such conversation since 2013. A statement issued by Netanyahu’s office said the two leaders spoke for 12 minutes and agreed to establish a new era in relations between Jerusalem and Ankara. Associates of Netanyahu said he expressed his condolences to Erdogan for the killing of Turkish nationals in an Istanbul terror attack earlier this week. Erdogan expressed his condolences over the Israelis killed in a terror attack in the West Bank city of Ariel.

Erdogan congratulated Netanyahu on his win in the Nov. 1 elections. Erdogan had already sent Netanyahu a letter Nov. 10 reading, “I congratulate you on your victory in the elections and believe that the new government will continue cooperation between our countries in all areas, in a way that will bring peace and stability to our region.”

Bilateral ties between Israel and Turkey deteriorated since Erdogan took office, essentially over the Palestinian issue and Jerusalem. 2010 marked an especially low point when nine Turkish nationals were killed by Israeli fire on board of the Mavi Marmara flotilla to Gaza.

In 2013, Netanyahu spoke with Erdogan on the phone, apologizing for the Mavi Marmamra incident and the loss of lives. He also agreed that Israel would compensate the families of the victims. US President Barack Obama, on a visit to Israel, pressured Netanyahu to make the call, apparently in his presence. Still, despite Netanyahu’s apology, harsh statements from Erdogan continued, sometimes with antisemitic tones.

Relations continued to experience ups and downs, with the Israeli ambassador to Turkey Eitan Na’eh ordered to leave the country in 2018. In retaliation, Israel ordered the Turkish charge d’affair also to leave. Still, in the past two years, Ankara has been signaling willingness to restore ties with Israel. Last March, President Isaac Herzog visited Ankara.

A day after the Israeli elections, Erdogan made it clear he wishes to continue the rapprochement process with Israel regardless of who sits as premier in Jerusalem. "Whatever the election result, we want to maintain relations with Israel on a sustainable basis, based on mutual respect for sensitivities and common interests," said Erdogan in a Turkish press interview.

A less positive note came Nov. 10, when Ankara clarified it will not accept Jerusalem’s repeated requests to deport Hamas operatives or close Hamas’ office in Istanbul. Responding to questions at the Turkish parliament, Turkish Foreign Minister Mevlut Cavusoglu said, "We did not satisfy any request on Hamas because we do not perceive Hamas as a terror group. We are always leading efforts to unify them with Fatah."