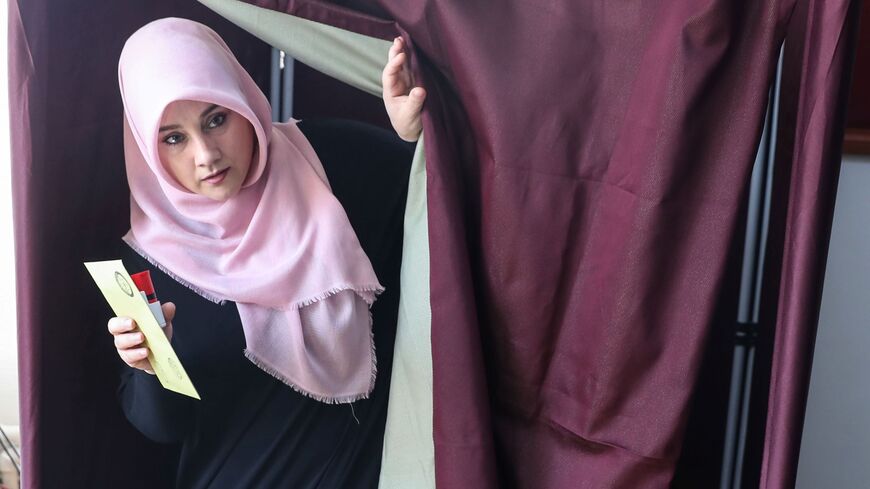 A woman leaves a polling booth to cast her vote at a polling station during the mayoral election re-run in Istanbul on June 23, 2019. - ADEM ALTAN/AFP via Getty Images 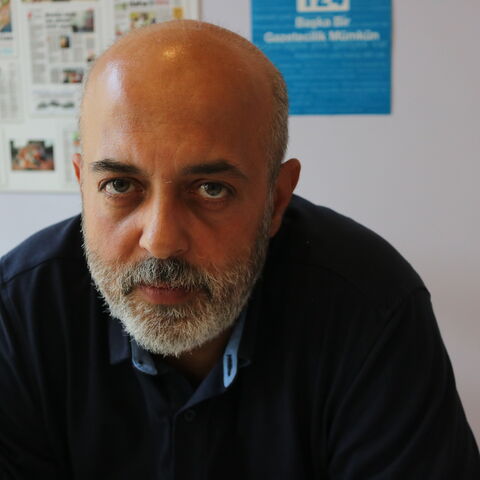 Fears over the integrity of Turkey’s upcoming elections have flared anew after the authorities restricted internet access for long hours following the deadly Nov. 13 bombing in Istanbul.

Few legal safeguards exist to prevent internet throttling on election day, IT specialists say, noting that the opposition should have contingency measures in place.

Shortly after the blast, the judiciary imposed a ban on broadcasting from the scene. The Information Technologies and Communication Agency (BTK) followed up with bandwidth throttling in the evening, paralyzing internet access across the country. Millions struggled to access social media networks up until the next morning, and many said they were unable to reach any websites at all. VPN use provided only partial relief in accessing popular platforms such as YouTube, Twitter and Instagram. According to international monitors, demand for VPN services in Turkey surged 853% compared to the daily average over the previous 30 days.

Opposition parties, mounting their strongest challenge yet to President Recep Tayyip Erdogan’s two-decade rule, fear similar restrictions on election day, due in June at the latest. Releases of vote counts have been disrupted in close races in the past. Opposition parties rely on online communication to speedily collect their own data from polling stations and crosscheck the official results. The main opposition Republican People’s Party (CHP) announced last week that it has developed its own VPN application.

Faruk Cayir, a lawyer and head of the Alternative Informatics Association, believes the misgivings are justified given “the absence of clear-cut legislation” on the issue and past examples.

The BTK is supposed to first refer online disinformation to the social media platforms in question before ordering throttling, Cayir said. Also, a legislative decree issued after the 2016 coup attempt allows the presidential office to ask the BTK to “take the necessary measures” to protect public security, but it does not mention throttling, he added.

“The problem,” he said, “is that the BTK has not announced any decision [on throttling] over the Istanbul attack.”

The same may well happen on election day, Cayir opined. “The BTK is no longer an independent body. It’s anyone’s guess when and what it could do,” he said.

IT expert Daghan Uzgur agrees the BTK can enforce bandwidth throttling upon a government request without a judicial decision. “I can’t say that they would do this [on election day], but there is no obstacle,” he said. “Blocking VPN services is possible as well.”

Service providers have two hours to implement BTK orders, while the BTK has 24 hours to submit a restriction decision to a court for approval and the judge has 48 hours to issue a ruling, he said.

In other words, the legal framework allows for faits accomplis, while uninterrupted online communication is crucial on election day. Disruptions in the flow of data often lead to claims of interference and commotion at vote-counting centers. Such situations have sometimes led to the cancellations of races won by the opposition. Also, the manipulation of early results in favor of the ruling party demoralizes opposition monitors, particularly those in remote areas, and often leads them to quit polling stations before the counting is over.

Suspicions still linger over the 2014 mayoral race in Ankara. Initial results had shown the candidate of the ruling Justice and Development Party (AKP) comfortably ahead, but the release of results stopped abruptly as his lead melted to 2,000 votes. The CHP candidate was widely expected to win, since the remaining results were mainly from CHP strongholds. But after senior AKP members rushed to vote-counting centers and CHP alleged fraud, the AKP candidate was declared the winner.

In the 2019 mayoral election in Istanbul, the AKP candidate claimed victory before the count was over amid disruptions in the release of the neck-and-neck results. The CHP’s Ekrem Imamoglu emerged the winner with a tiny margin, but the AKP forced a rerun of the vote, which Imamoglu won with a bigger lead.

A CHP-led opposition alliance stands the strongest chance yet to unseat Erdogan and the AKP in the next presidential and parliamentary elections. Concerns over the integrity of the elections remain high on the agenda of the six-party alliance. Its members pledge to have a safe system in place to collect and pool the results. Beyond that, opposition leaders have voiced fears that a private military company close to the government could threaten the elections or stir unrest in case of the AKP’s defeat.