Tehran is seeking help from neighboring states in part due to the impact of US sanctions on Iran’s power grid. 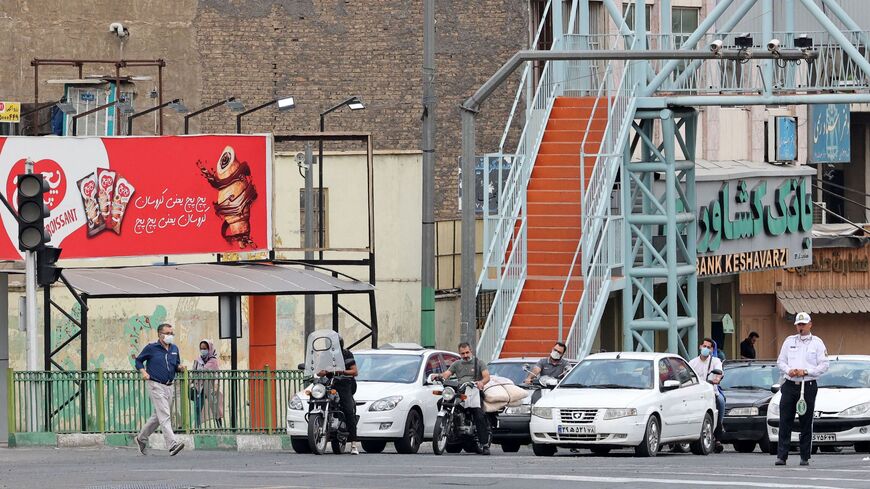 A policeman regulates traffic at an intersection during a power outage in Tehran, on May 23, 2021. - ATTA KENARE/AFP via Getty Images

Iran has begun the process of linking its electricity grid to Russia’s.

Iranian Energy Minister Ali Akbar Mehrabian said Sunday that Iran completed an “initial synchronization” between its power grid and those of Russia, Armenia and Azerbaijan, according to the Iranian Chamber of Commerce, Industries, Mines and Agriculture.

Synchronization refers to the process by which electrical systems’ frequencies are matched. Iran does not border Russia, but its neighbor Azerbaijan does.

Mehrabian added that more synchronization processes will be carried out with the three countries until the interconnection with Russia is finished.

Why it matters: Iran’s power grid is already connected to Iraq, Azerbaijan, Armenia, Turkmenistan, Afghanistan and Pakistan. The Islamic Republic started a five-year plan in 2016 to boost energy exports and improve its own national power generation. Iran’s power is hindered by a lack of foreign investment due to US sanctions. Iran also agreed this year to connect its electricity to Qatar’s, according to an April article from the Carnegie Endowment for International Peace.

Iran sometimes has an energy surplus but depends on electricity imports from Azerbaijan, Armenia and Turkmenistan at other times, according to the official Islamic Republic News Agency.

Know more: Iran has supplied Iraq with electricity in recent years due to widespread power outages in the latter. However, Iran cut its electricity exports to Iraq earlier this year. This was in part due to the effects of the sanctions, and Iraq is seeking to diversify its energy sources as a result.