With the current rift between Washington and Riyadh, every baby step in informal relations between Israel and Saudi Arabia counts. 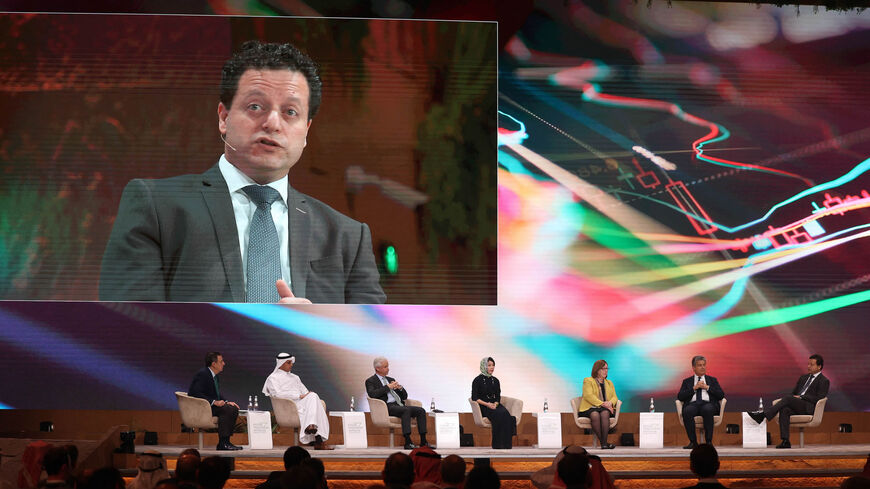 Athlete Shachar Sagiv participated Oct. 29 in the Saudi NEOM leg of the Super League Triathlon, becoming the first-ever Israeli to compete in the country.

Israel’s Olympic Committee head Yael Arad congratulated the Israeli triathlete, noting that his presence in Saudi Arabia was “a very significant breakthrough.” A statement issued by Arad said, “In the past year we’ve seen many Arab states come to terms with the fact that hosting an international tournament means hosting Israelis. This is a growing trend and the true force in normalization between nations, and especially people.”

The two sports events join other signs of rapprochement between Jerusalem and Riyadh. And while official normalization of ties is not yet on the menu, the two societies and the two economies are already ahead of diplomacy.

Last week, Chairman of Bank Leumi Samer Haj Yehia participated at the FII (Future Investment Initiative) business forum in Riyadh. Bank Leumi is one of the two largest banks in Israel (together with Bank Hapoalim) with branches also abroad. Haj Yehia is the first Israeli Arab to serve as its chairperson.

Haj Yehia continued, "The opportunities are amazing and the fintech industry in particular is on the rise. … You see the [Saudi] economy is very healthy, unlike other economies around the world, and the prospects for the future are very positive."

In fact, several business relations have been registered in recent months.

In May, dozens of Israeli high-tech entrepreneurs and businesspeople flew to Saudi Arabia for talks with local investment groups. Israeli businesspeople with double nationality had entered the kingdom in the past, with non-Israeli passports. This time, however, they were allowed to enter Saudi Arabia with their Israeli passports stamped with a special visa. The report noted that Israeli and Saudi groups had signed in recent months a number of business deals, though agreements were inked in third countries. These deals apparently include a multimillion-dollar deal in smart agriculture (though no details were revealed).

Saudi Arabia announced mid-July it would open the country’s airspace to all air carriers. This general decision now enables flights departing from Israel to follow the shortest route to the Far East instead of making a detour on their way to Asia.

Israeli diplomatic sources note that the latest developments — in sports and the visit of Haj Yehia — could be significant on the background of global geopolitical developments. Jerusalem is concerned that the recent rift between Washington and Riyadh over the decision by OPEC+ to cut back oil production would slow down or even cancel the delicate process of rapprochement between Israel and Saudi Arabia.