Saudi Arabia could be in store for a liquidity crunch, according to a leading credit rating agency. Kuwait has a history of not following the trend on interest rates. 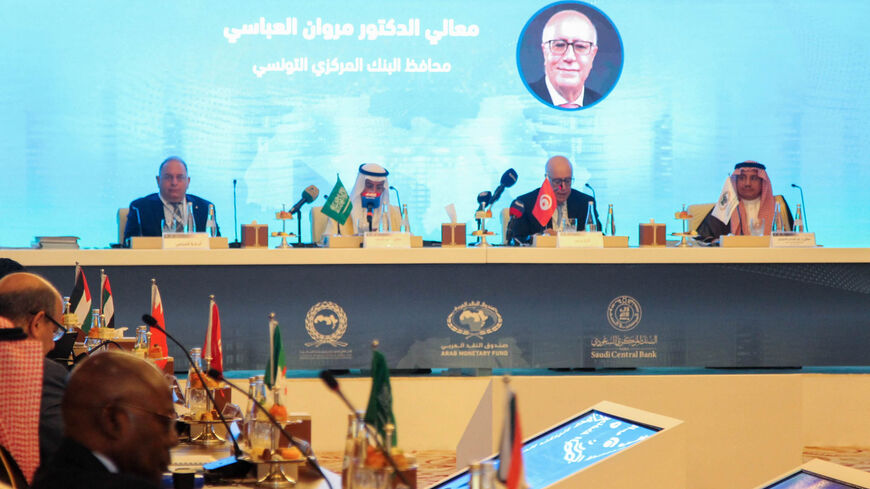 The central banks of Saudi Arabia, Bahrain and the United Arab Emirates raised their rates by 0.75%, mirroring the US Federal Reserve’s hike. Qatar raised its rates between 0.5% and 0.75%, according to Reuters.

Later that night, the Central Bank of Oman also raised its rate by 0.75%, according to a press release.

Kuwait, however, declined to raise rates at all.

Why it matters: The Saudi, Emirati, Bahraini and Qatari central banks have consistently raised their interest rates in response to the US Federal Reserve’s rate hikes throughout the year. The Fed has been raising rates in an effort to lower rampant inflation in the United States.

Inflation in the Gulf is lower than it is in other regions, but inflation is persistent in the Gulf nonetheless, Robert Mogielnicki wrote for Al-Monitor Pro last month.

Kuwait bucking the trend on interest rates is nothing new. The Kuwaiti Central Bank also raised its rates by a smaller percentage than its fellow Gulf states in May and September.

Know more: The New York-based credit rating agency Fitch released a report Tuesday saying that Saudi banks will likely need further liquidity support from the central bank in the near future. Private Saudi banks are loaning money more than they are receiving deposits, according to Fitch.

Higher interest rates could result in more deposits in Saudi Arabia, since they make saving money in a bank more attractive.