Inflation in the Gulf has not been as severe as in other parts of the region. 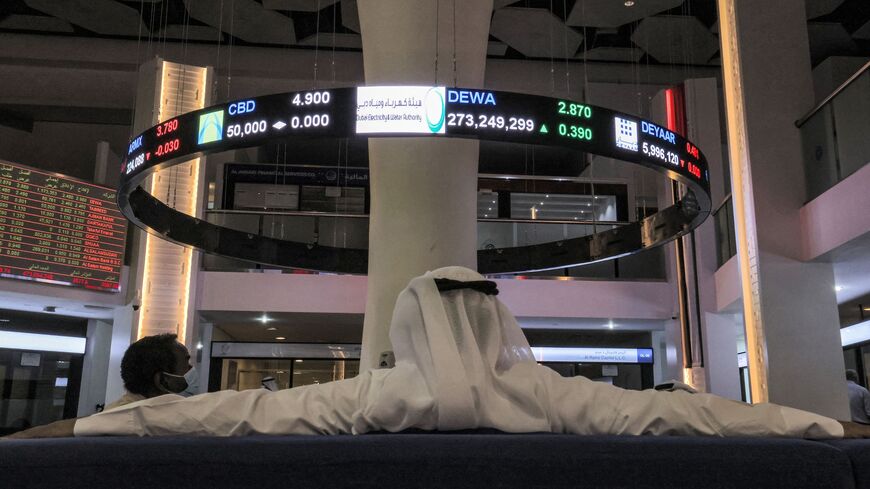 A man watches stock movements on a display at the Dubai Financial Market stock exchange in the Gulf emirate on April 12, 2022. - GIUSEPPE CACACE/AFP via Getty Images

In response to the US Federal Reserve raising interest rates, most central banks in the Gulf followed suit Wednesday.

The Fed raised its interest rates by 0.5% — the largest hike in more than 20 years — to 0.75%. The move was a response to rising inflation in the United States. Here’s how Gulf monetary institutions responded, and what it means.

The deposit rate is the interest rate banks pay on the cash deposits of account holders. The lending rate is simply the rate a bank charges for loaning money.

The Central Bank of Kuwait raised its discount rate 0.25% to 2%. The discount rate refers to the interest rate charged to commercial banks for loans from the central bank.

Oman and war-torn Yemen did not immediately raise rates, though Reuters reported Wednesday that Oman is “widely expected” to do so soon.

Why it matters:  Central banks around the world tend to raise their rates in response to the Federal Reserve’s actions. Some Gulf banks raised their rates in March, the last time the Fed hiked rates.

Saudi Arabia, the UAE, Qatar and Bahrain all raised rates by the same amount as the Federal Reserve, though Kuwait did so by a smaller margin. Reuters called this a “less hawkish” move that could reflect Kuwait being relatively less concerned about inflation.

Inflation is rising around the world, including in Gulf states, though inflation in the region is not nearly as bad as it is in other parts of the Middle East, such as Turkey.

What’s next:  The Federal Reserve plans to raise rates several more times throughout the year.