The first legislative elections under the new constitution are falling short on candidates, with some seats having no candidates at all, which some say shows a loss of faith in parliament under the current president. 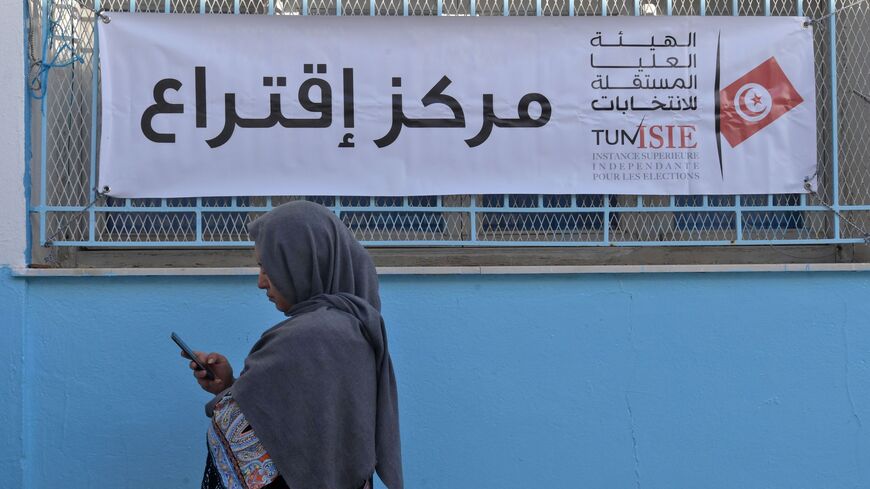 A Tunisian voter waits outside a polling station in Tunis on Oct. 13, 2019, during the second round of the presidential election. - FETHI BELAID/AFP via Getty Images

TUNIS, Tunisia — The Independent High Authority for Elections (ISIE) has for the first time extended the number of days to nominate parliamentary candidates. After the customary eight days, the number of successfully nominated candidates had not been reached, so the decision was taken to extend the nomination period by three days, finally closing nominations on Oct. 27.

After the deadline for submitting appeals closed, the ISIE announced that out of a total number of candidates filed (1,427), only 1,058 files were accepted — 936 male candidates and 122 female candidates. Of great concern are seats where no candidates at all have been nominated, including overseas seats in Asia and Australia. The results of the appeals will be announced on Nov. 22. These are low figures if compared to the number of votes cast in the 2019 legislative elections: 2,870,521.

Slim Bouzid, president of the Tunisian Mourakiboun, an anti-corruption association that has observed all of Tunisia’s elections, told Al-Monitor, “The lack of candidates shows both a lack of general enthusiasm and that the process is quite difficult.” Each candidate requires 400 endorsements from registered voters, and there is no public campaign financing.

Bouzid was also worried that the new process for nomination has given an advantage to those with money and influence. He said, “If you are very well known at a local level — for example, a factory owner — for sure you can get the requisite signatures. So it is not really democratic and it is not really open.”

Bouzid said the biggest concern is that under the new electoral law and at the national level, the divisions of the voting constituencies as different voting districts do not have the same number of voters. He said, “If we are talking about a democracy, we should view each vote as equal. [However], things are not equal or balanced. You can win one seat with 1,600 votes and another with just 1,000.”

Tunisian observers and activist groups such as Tunisia First have decried the low numbers of female and youth candidates. The previous list system required gender parity and youth representation.

Political commentator and author Amine Snoussi told Al-Monitor, “It just shows you how disorganized this election is; we’ve done three legislative elections and we’ve not had those problems.”

“It just shows how [President] Kais Saied has destroyed parliamentary democracy as he presented it as the source of corruption,” Snoussi said. “[As a result], we don’t have enough people who want to be MPs and political parties do not want to participate.”

Snoussi postulated that the real purpose of this parliament was not to be a legislative body capable of debating and writing laws. “The parliament will just be a political body to consult to get an opinion, but Kais Saied is ruling.”

Once the nominations are locked in at the end of November, campaigning will begin ahead of the Dec. 17 elections. However, there seems to be little support for new legislative elections at a time of severe economic problems and food shortages. The general mood is that elections for a parliament with no powers are a presidential indulgence and a low turnout is expected. How that will affect the final nominations and elections remains to be seen.