Fanning the flames of unrest ahead of Israel’s incoming government, far-right and ultra-Orthodox future Knesset members encountered gunfire when they visited the site of Joseph’s Tomb in Nablus this week. 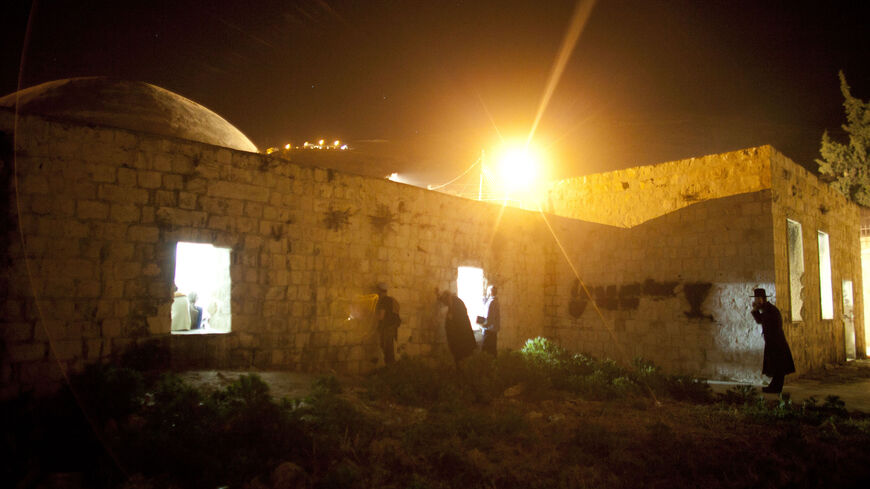 TEL AVIV — With less than a week until the new Knesset is sworn in, eight current and future Knesset members from right-wing and ultra-Orthodox parties traveled to Nablus Wednesday night to pray at Joseph’s Tomb.

“Our hearts are filled with the enormous sense of the privilege we have to visit the Tomb of Joseph the Righteous. We came here tonight out of a burning belief that the entire Land of Israel is ours, due to our rights and a divine promise,” said incoming Knesset member Roni Mashriki of ultra-Orthodox Shas.

Generally speaking, the rise of the furthest-right and most religious coalition to ever govern Israel marked a sharp shift in the political climate. Its members are now demonstrating that they do not plan to avoid any activities that might cause unrest, including in areas where there have already been serious security incidents. Joseph’s Tomb in Nablus is one such place.

Following a previous series of incidents, Defense Minister Benny Gantz banned worshippers from the Tomb last September. Now it looks like his order has been all but worn away.

This symbolic act, intended to mark right's the victory in the Nov. 1 elections, almost deteriorated into a serious incident. As the politicians entered the compound, Palestinian gunmen opened fire and the IDF force on site fired back. Mahdi Hashash, a 17-year-old from the Balata refugee camp, was killed.

According to IDF sources, Hashash was a member of the Palestinian Lion’s Den terrorist group and was planning to throw an explosive device. Sources from the Red Crescent report that three more Palestinians were injured by rubber bullets and several dozen more suffered from smoke inhalation. The Lion’s Den group later took responsibility for the shooting.

Joseph’ Tomb is especially sensitive from a security perspective. It has become one of the most contentious and volatile sites in the West Bank, especially over the last few months.

Two months ago, five Israelis who visited the compound without first coordinating with the IDF similarly came under fire. Two of them suffered moderate injuries. Last August, 18-year-old Palestinian Wasim Halifa was killed in clashes with the IDF at the entrance to the tomb. That night, some 600 worshippers came to pray at the site.

Gantz will soon leave the Defense Ministry. He sounded worried as he briefed military correspondents Nov. 8. He told them he is concerned that ongoing Palestinian violence could spill over into Israel’s mixed-population towns, as it did during Operation Guardian of the Walls in 2021.

“I hope that we will not see a higher level of violence than we have seen so far that will start in Jerusalem and radiate to the West Bank, Gaza and perhaps also to the northern arena. I hope that this will not happen, but given the current reality, it is not impossible,” noted Gantz.