Qatar’s first World Cup has gotten off to a rocky start due to human rights issues in the Gulf state, the ban on alcohol sales and other flashpoints. 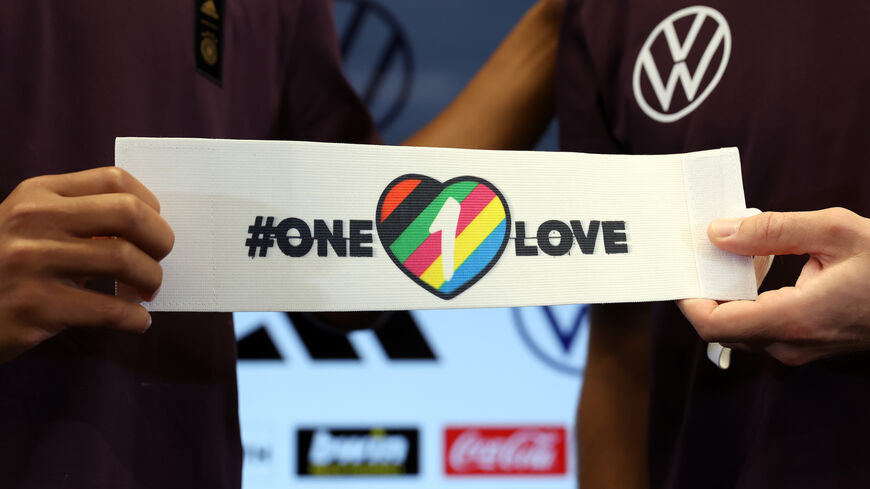 European soccer teams have backed down from their plan to wear arm bands in support of LGBTQ people.

What happened: The captains of the men’s soccer teams of England, Wales, the Netherlands, Germany, Belgium, Denmark, Switzerland and France had planned to wear a rainbow-colored armband reading “OneLove” during their World Cup matches. The Royal Dutch Football Association, which led the initiative, said the band represents that people love soccer regardless of their “heritage, race, gender identity and sexual orientation.”

However, on Saturday, the International Association Football Federation (FIFA) released a statement announcing its own messaging for the World Cup and saying, “These campaigns have taken into account feedback received from our member association.”

Some of the European teams reportedly still planned wear the “OneLove” armbands. However, FIFA released another statement today announcing a “NoDiscrimination” armband and reiterating that armbands worn by players must be approved by the body. FIFA also declared its “support of the LGBTQI+ community” in the statement.

The Royal Dutch Football Association then released a statement saying its players will not wear the “OneLove” armband, saying that FIFA threatened to penalize them for wearing it. Reuters reported that players from England, Wales, Belgium, Switzerland, Germany and Denmark also would not be wearing the armband.

Why it matters: The armband saga is the latest in a string of controversies surrounding the 2022 World Cup in Doha, the first to be held in the Middle East.

Homosexuality is illegal in Qatar and some international organizations have criticized alleged Qatari state abuses of LGBTQ people in the lead-up to the World Cup. Earlier this month, Qatar’s World Cup ambassador called homosexuality “haram” — an Arabic-language term for acts forbidden by Islam.

The LGBTQ issue has put FIFA in an awkward position, trying to simultaneously please Western governments and Qatar. FIFA President Gianni Infantino tried to appeal to both in comments to the media over the weekend.

Another controversy ensued last week when FIFA abruptly announced that there would be no alcohol sold in World Cup stadiums in Doha. The original plan was to allow it.

Qatar has also been criticized in the lead-up to the tournament for the poor conditions foreign workers face in the country.

Know more: Several teams from the Middle East and North Africa are playing in this year’s World Cup. Of the bunch, Morocco, led by Paris-Saint Germain star Achraf Hakimi, is seen as the most likely to advance far.

The Iranian team has been in the news in connection to the ongoing anti-government protests in Iran. Some members of the team said last week that they are focused on the sport and not the unrest. However, the players notably declined to sing the Iranian national anthem before their opening match against England today. England crushed Iran 6-2.