Egypt will allow World Cup fans to enter without visas, amid hopes that tourism revenues will partially solve its grueling foreign currency crisis. 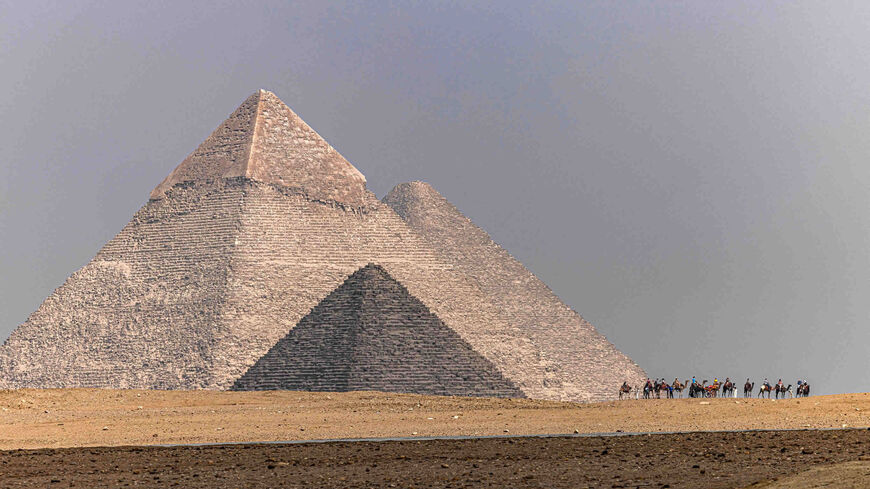 CAIRO — Egypt has dropped the entry visa requirement for fans visiting Qatar for the FIFA World Cup 2022, in its bid to boost its tourism sector, a major foreign currency earner.

The decision, taken by the Cabinet Nov. 16, will allow foreigners carrying the Qatar entry Hayya card to enter Egypt, without having to obtain an entry visa.

Qatar introduced the card to ease entry into it and into stadiums hosting World Cup games by the fans of the 32 nations participating in the tournament.

The move, informed sources say, can stimulate the local tourism sector by capitalizing on a major sports event held in close proximity to Egypt.

"Egypt has a great opportunity to attract the fans who have arrived in Qatar for the World Cup," said Ahmed al-Teibi, member of the Committee on Tourism in the Egyptian parliament. He told Al-Monitor, "The arrival of these fans here will perk up the tourism sector."

The local tourism sector suffered painful blows in the past few years, first due to the coronavirus pandemic and most recently due to Russia's war on Ukraine.

Tourism is of vital importance for the Egyptian economy, contributing 11.9% of the gross domestic product and employing 9.7% of the national workforce of 27 million.

The tourism sector has already started seeing improvements, with the health and economic effects of the coronavirus pandemic subsiding and high energy prices in Europe driving Europeans to seek cheaper living abroad.

This is significantly increasing hotel occupancy in major local destinations. The latest decision by the Cabinet, tourism specialists say, will improve things further.

The government's hope is that proximity to Qatar — a three-hour flight — will encourage World Cup fans to come to Egypt, especially with the country having a lot to offer tourists.

The Ministry of Tourism and Antiquities said it would take several measures to attract the fans visiting Qatar for the World Cup to Egypt.

The government also said it would increase coordination with airlines to increase flights from Qatar during the tournament.

Meanwhile, the improving conditions of the tourism sector raise questions about whether tourism revenues can keep Egypt afloat as it faces a taxing foreign currency crisis.

Harsh consequences from the war in Ukraine have so far included the flight of billions of dollars in foreign assets, intense pressure on the Egyptian pound and a higher import bill.

Egypt had to give up its managed exchange rate regime and request a loan from the international monetary fund.

These measures still have to pay off, with the Egyptian pound continually losing value to foreign currencies, importers eagerly searching for dollars and local banks failing to meet foreign currency demands from the business community.

"Tourism revenues can reduce the intensity of the economic crisis, especially with Egypt having the necessary infrastructure," said Kareem al-Omda, professor of economics at Beni Seuif University. He told Al-Monitor, "Nonetheless, we need to follow other courses to bring in the required foreign currency, increasing our exports and making money from services."

Qatari political analyst Jaber al-Harmi, deputy head of the Al-Sharq establishment that produces Al-Sharq newspaper and The Peninsula, said Qataris are happy that some neighboring countries try to benefit from the World Cup at the economic level.

"The tournament gives Arab countries a good chance to complement each other," he told Al-Monitor. "The whole world will have its eyes focused on Qatar and the region for a whole month."

He noted that the competition would be a good opportunity for Arabs to introduce their region and their countries in a new light.

"Nevertheless, I had hoped that there would have been more coordination between Arab countries to benefit from this event in a better way," Harmi said.