Egypt is offering direct flights from Doha to Egyptian cities during the 2022 FIFA World Cup to lure fans and boost tourism. 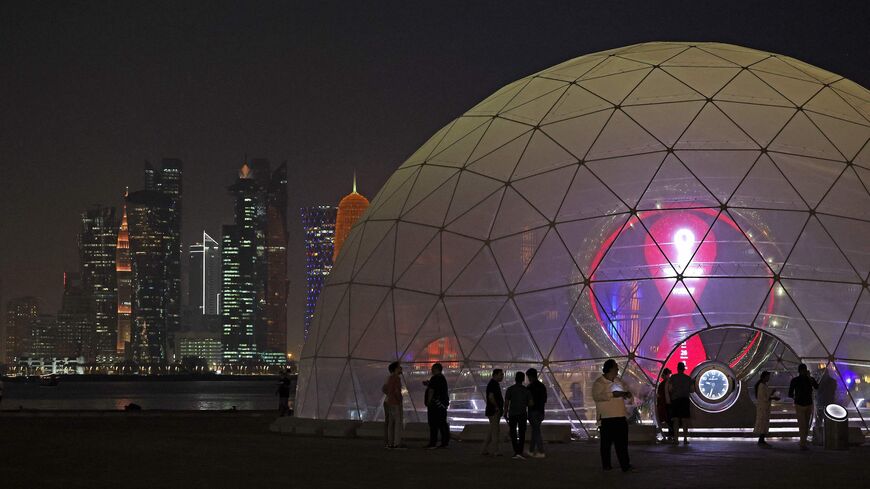 People gather next to the Qatar 2022 FIFA World Cup countdown clock in Doha, on Sept. 12, 2022. - KARIM JAAFAR/AFP via Getty Images

CAIRO — Egypt is taking action to attract football fans during the upcoming 2022 FIFA World Cup Qatar is hosting in November and December.

The Egyptian General Authority for Tourism Activation has launched an initiative in coordination with airlines to encourage football fans to spend part of their 2022 World Cup vacation in the Egyptian cities of Hurghada and Sharm el-Sheikh.

As part of the initiative, the Chamber of Hotel Establishments in Egypt announced in early October the launch of direct flights from the cities of Hurghada and Sharm el-Sheikh to the Qatari capital, Doha.

The chamber also called on hotel managements wishing to partake in the initiative to offer a discount of at least 10% to World Cup fans holding a Haya card — which offers an entry permit to Qatar and stadium access — or to set up an incentive program to attract tourists.

Experts and observers believe that the World Cup in Qatar is a golden opportunity for Egypt to promote its tourism and lure fans to visit its cities during the tournament period from Nov. 20 to Dec. 18.

In this context, Ahmed Amer, an archaeological researcher at the Egyptian Ministry of Antiquities, told Al-Monitor, “Egypt can leverage the World Cup in Qatar with attractive offers by tourism companies targeting football fans. This can be done through discounts on hotel stay fees in the cities of Hurghada and Sharm el-Sheikh, as ideal transit destinations for fans, and through reduced airline ticket prices.”

Amer suggested implementing programs to attract tourists before their travel to Qatar to get them to choose Egypt as their main stay during the tournament period. “Fans would be offered transportation from Egypt to Qatar to watch the matches they want and then return again to their vacation in Egypt,” he said.

In a press statement in early October, Kamel Abu-Ali, head of the Red Sea Tourism Investment Association, stressed the need for Egypt to tap into World Cup events to promote Egyptian tourist destinations through an initiative that includes charter flights between Doha and Egyptian resorts in Hurghada and Sharm el-Sheikh.

Abu-Ali added that “fans from all over the world must be encouraged to stay in Egyptian resorts and travel to Doha via charter flights to watch the matches and then return again to their stay in Egypt.”

During a meeting with representatives of tourism and aviation companies in the Arab market on Sept. 20, Egypt’s Deputy Minister of Tourism and Antiquities Ghada Shalaby said that the World Cup will attract flocks of fans of different nationalities from some countries that do not have direct flights to Qatar, such as countries in Latin America. She highlighted this as an opportunity to attract these fans to visit Egypt during the tournament period.

Amr el-Kady, CEO of the Egyptian General Authority for Tourism Activation, indicated at the same meeting that a promotional campaign with airlines and tour operators will be implemented during the World Cup matches, targeting the Arab market also.

In a similar move, Saudi Arabia, the United Arab Emirates, Jordan and Oman announced facilities for Haya card holders to get them to visit during the World Cup.