The move comes amid other financial changes in the Gulf state. Blockchain technology is also used for cryptocurrency. 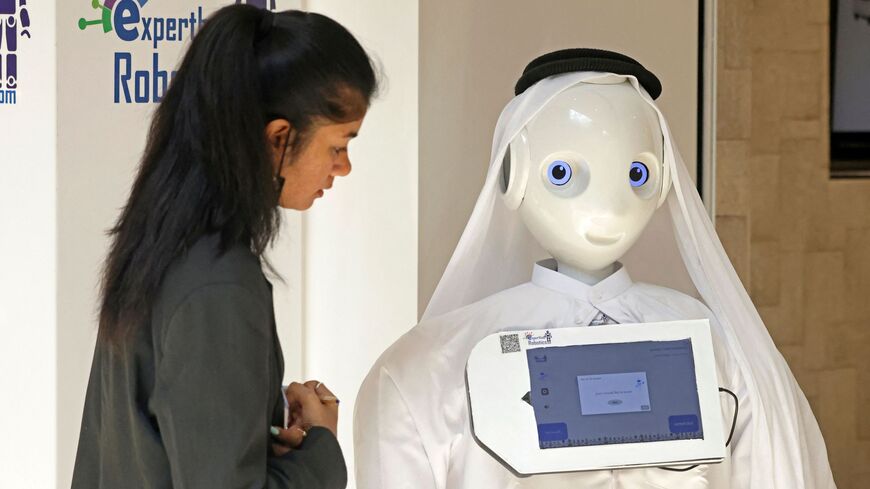 A woman stands near a robot during the GITEX Global technology show at the Dubai World Trade Centre in the Gulf emirate, on Oct. 12, 2022. - KARIM SAHIB/AFP via Getty Images

The Abu Dhabi Global Market Courts said it will begin securing commercial judgments via blockchain technology. The judgments will be available immediately via the courts’ digital system, meaning entities will no longer need to wait for a certified copy from a judge, according to a press release.

A court official told The National that the system will go live during the first quarter of 2023.

What it means: The Abu Dhabi Global Market is a community of international businesses with a separate legal system from companies based in Abu Dhabi proper. Companies in the market can maintain 100% foreign ownership, for example, while companies in Abu Dhabi must have at least 51% local ownership. As such, the market has its own courts, based on English common law.

The Dubai International Finance Center is a similar system in the eponymous city.

Commercial judgments are essentially financial assessments and rulings. One from the Abu Dhabi Global Markets Courts from today pertained to a dispute between shareholders of the car-sharing startup Ekar.

Blockchain is a form of encryption that covers records. It is considered a safe way of securing digital assets, and is used in cryptocurrency.

Why it matters: The move is one of a few financial modernization efforts the United Arab Emirates is undertaking. For example, the UAE announced earlier this year they will also introduce a first-ever corporate business tax starting in 2023.