Sponge cities could be solution for UAE amid extreme weather events

Experts believe that sponge cities could help countries in the Arab Gulf region cope with extreme weather events caused by climate change, including heavy rainfalls and the ensuing floods. 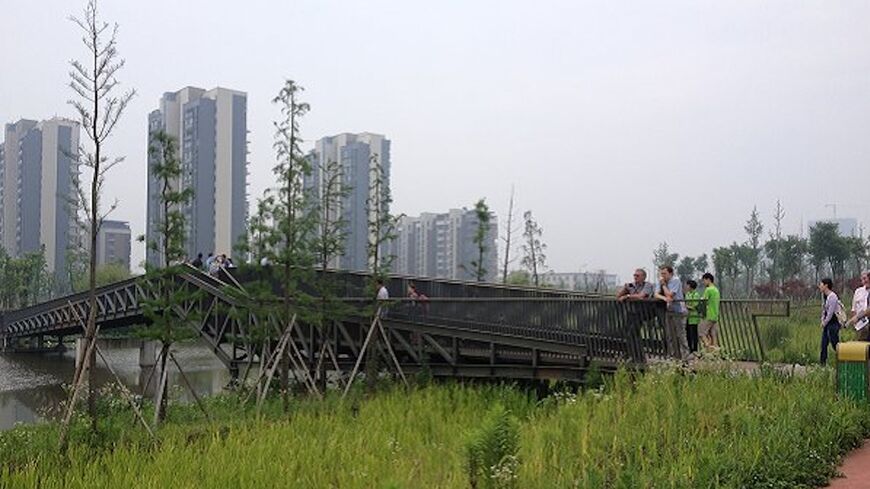 Many cities in the world face increasing threats due to climate change, including heavy rainfalls and extreme heat.

In July of this year, several Gulf countries such as Qatar, the United Arab Emirates and Yemen, as well as Iran in the Persian Gulf, were hit by heavy rainfalls that led to deadly floods.

In the United Arab Emirates, namely in the Fujairah emirate, nine people were killed as cars were submerged, and thousands of people were forced to evacuate their homes and seek shelter in temporary places of residence. The flood also displaced dozens of families from Ras al-Khaimah and parts of al-Sharjah.

Samir Haddad, a civil engineer based in Dubai, told Al-Monitor that it had not occurred to any engineering company that worked on the construction of buildings that floods could one day hit the Arab Gulf region.

“This is why the UAE is at risk of another wave of inundation, and construction companies should pay close attention to that,” he added.

Paul Dunne, director of the UAE-based office of Arup, one of the engineering companies that helped construct sponge cities in the UAE and other countries around the world, told Al-Monitor, “At this point, we are bound to responsibly deal with climate change. The warmer the atmosphere, the more moisture it can hold, which means more rainfall. The region we live in is characterized by high humidity and temperatures, which could lead to severe storms.”

He added, “Sponge cities could help address both floods and water scarcity, which are two major problems in the MENA region.”

Asked about sponge cities and how they work, Dunne explained, “The technique uses porous sandy materials, such as bricks and kerbstones, which can be used to build and support sidewalks, roads, playgrounds and parking lots. Given that these [urban facilities] are often exposed to rain, the porous material is very effective when it comes to draining rain, melted snow or icy water.”

“When it rains, the porous material absorbs the water and keeps the surface free from flooding and slipping. The rainwater is then either channeled toward appropriate drains or stored in underground tanks,” he said.

According to specialized construction reports, China was one of the first countries to resort to this technology, followed by Singapore and Hong Kong. These countries are planning to convert nearly 80% of their urban areas into sponge areas by 2030 to provide cleaner groundwater, reduce flood risks and reduce the burden on sewage systems.

According to Dunne, sponge cities are expensive and need a high budget, but it is a once-in-a-lifetime expense, and the Ministry of Works in the UAE would not have to demolish and then rebuild. It would just have to make some adjustments every once in a while, he concluded.