Defense Minister Benny Gantz continues to refuse requests by Kyiv to supply Ukraine with the Israel-US-developed Iron Dome or other anti-missile systems. 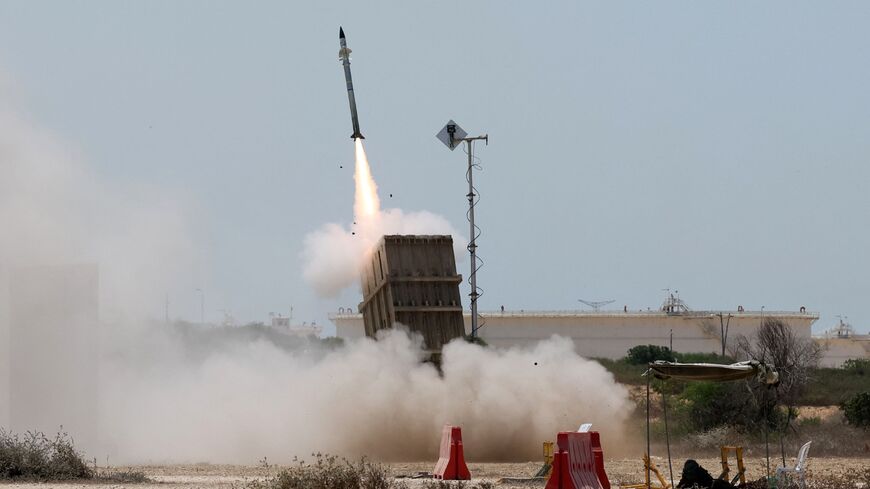 An Israeli Iron Dome air defense system launches a missile to intercept rockets fired from the Gaza Strip, on the outskirts of the southern Israeli city of Ashkelon, on Aug. 7, 2022. - JACK GUEZ/AFP via Getty Images

Meeting European ambassadors this afternoon, Defense Minister Benny Gantz reiterated that Israel will not supply weapons to Ukraine to fight the Russian invasion.

Instead, Gantz offered to supply Ukraine with an early-warning system against incoming strikes, like the one used in Israel, which utilizes both radar and electro-optic devices to detect the launching of rockets, missiles and drones.

“Israel supports and stands with Ukraine, NATO and the West. This is something we have said in the past and repeat today. Israel has a policy of supporting Ukraine via humanitarian aid, and the delivery of life-saving defensive equipment. This being said, I would like to emphasize that Israel will not deliver weapon systems to Ukraine due to a variety of operational considerations. We will continue to support Ukraine within our limitations, as we have done in the past,” Gantz said.

The minister added, “We have sent a request to the Ukrainians to share information about their needs for air defense alerts. Once we gain this information, we will be able to assist in the development of a life-saving civilian early-warning system.”

Behind the scenes: Gantz's statement came one day after reports on an official request by Ukraine for Israeli air defense systems. The letter sent to Jerusalem reportedly said that Russia has switched to a new method of attacks against Ukraine, including using Iranian-made drones against cities and civilian infrastructure, noting that "there is a high probability of prompt deliveries to the Russian Federation of Fateh-110 and Zolfaghar ballistic missiles from Iran."

Meretz head Zehava Gal-On had previously disclosed an unofficial request from Ukraine for the Iron Dome system, as I reported here.

Prime Minister Yair Lapid, who also serves as Israel’s foreign minister, is scheduled to speak tomorrow on the phone with Ukrainian Foreign Minister Dmytro Kuleba, and will apparently reiterate the position expressed today by Gantz, refusing to send Kyiv arms or the Israeli-US developed anti-missile defense.

Why it matters: Since the Russian invasion, Israel had refused to supply arms to Ukraine. In April, Gantz indicated that Jerusalem will supply Kyiv with defensive material such as helmets and protective vests.

Reports last week said Washington was pressuring its allies, including Israel, to assist Ukraine with military equipment. Ukrainian President Volodymyr Zelenskyy had criticized Israel on several occasions for not assisting his country with air-defense systems. For instance, on Sept. 24 he said, “Let me be clear, this shocks me because at the same time Israel exports its armaments to other countries.” On Oct. 17, former Russian President Dmitry Medvedev (currently the deputy chairman of Russia's Security Council), warned Israel against assisting Ukraine, saying that supplying weapons to Ukraine will be "a rash step" which could destroy bilateral relations between Israel and Russia.