The Russian war on Ukraine opened a new door for cooperation between Egypt and African countries, especially in the field of agriculture and food security. 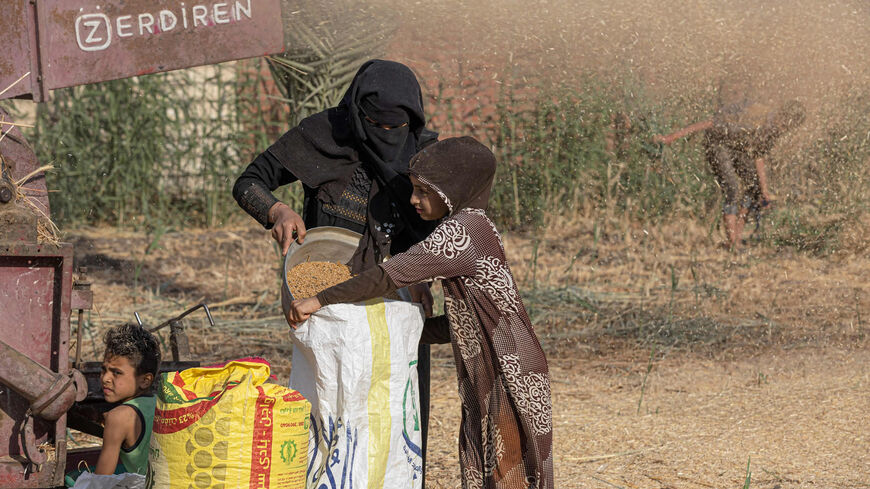 Egypt’s Minister of Agriculture and Land Reclamation El-Sayed El-Quseir discussed during a meeting in Cairo Oct. 18 with his Gabonese counterpart, Charles Mve Ella, the need to boost bilateral cooperation in various agricultural fields.

According to a statement published by the Ministry of Agriculture, Quseir stressed during the meeting the Egyptian government's support for Gabon, in implementation of the directives issued by President Abdel Fattah al-Sisi to support African countries across all fields related to the agricultural sector, namely food security and self-sufficiency.

Quseir indicated, according to the statement, that African countries are currently in dire need of cooperation and integration, especially amid global challenges such as the Russian-Ukrainian crisis and climatic changes that have significantly impacted the agricultural sector.

The two ministers also agreed to accelerate the drafting of a proposed memorandum of understanding in the field of fisheries. The discussions also covered establishing a joint fish farm allowing the transfer to Gabon of modern agriculture technologies and the formation of a joint agricultural technical committee to implement and follow up on the reached agreements.

Quseir further noted that the areas of cooperation between Egypt and Gabon include fish and poultry wealth, developing high-yielding strategic crop seed varieties, such as rice and corn, enhancing agricultural mechanization and boosting investment opportunities, in addition to cooperation in the fields of agricultural research, training and capacity-building of human cadres.

Mohamed al-Qersh, spokesman for the Egyptian Ministry of Agriculture, told Al-Monitor that the idea of establishing joint farms with African countries is not new. “The idea dates back to 1995 when a similar project was launched by the Egyptian Fund for Technical Cooperation with Africa affiliated with the Egyptian Ministry of Foreign Affairs. The first of these farms was established in Niger in 1998. This project was deemed one of the Egyptian soft power tools toward consolidating relations, namely in the agricultural field, with the African countries and African clusters.”

He noted, “The Egyptian farms projects also aim to achieve sustainable development in African countries, build capacities and raise the skills of their available cadres in the field of agriculture. These projects seek to increase the productivity of African strategic crops, transfer Egyptian agricultural technology, expand the use of agricultural mechanization, support marketing systems, implement partnerships with the Egyptian private sector to invest in African countries and achieve added value for agricultural products.”

Qersh further explained that these joint farms are divided into two types. “The first is the model farms providing extension services. The areas of these farms range from 150 to 500 hectares [370-1,235 acres]. They aim to apply the extension agriculture model on all activities, whether field crops, horticultural, poultry, livestock, fisheries or agricultural production.”

He added, “The second type is the productive farms, whose areas reach more than 1,000 hectares [2,471 acres] and which depend on agricultural investment activity. These farms are subject to the investment laws in the African countries in which they are located.”

Ahmed al-Attar, head of the Ministry of Agriculture's Central Administration of Plant Quarantine, told Al-Monitor that Egypt has succeeded over the past years in fostering agricultural cooperation with African countries and in restoring its leading role in the continent.

He said, “Egypt has been expanding projects to establish joint farms with African countries. It now owns 22 approved facilities for importing wheat in other countries, including in India, Russia and Ukraine. India, offering high-quality wheat, was chosen as an alternative market in light of the Russia-Ukraine crisis.”

Attar said that Egypt consumes about 20 million tons of wheat annually. “Wheat production in Egypt is at 8 million tons, and is expected to reach 10 million this year. The state imports about 60% of its wheat needs,” he noted.

He added that Egypt has 10 joint model farms in nine African countries, including the joint model farm that is currently being established in South Sudan, and two farms with Zambia — Mwembeshi Farm and Kabwe Farm.