In the lead-up to the COP27 scheduled to be held in Sharm el-Sheikh in November and in partnership with China, Egypt plans to launch its first satellite specialized in the monitoring of climate changes in Africa. 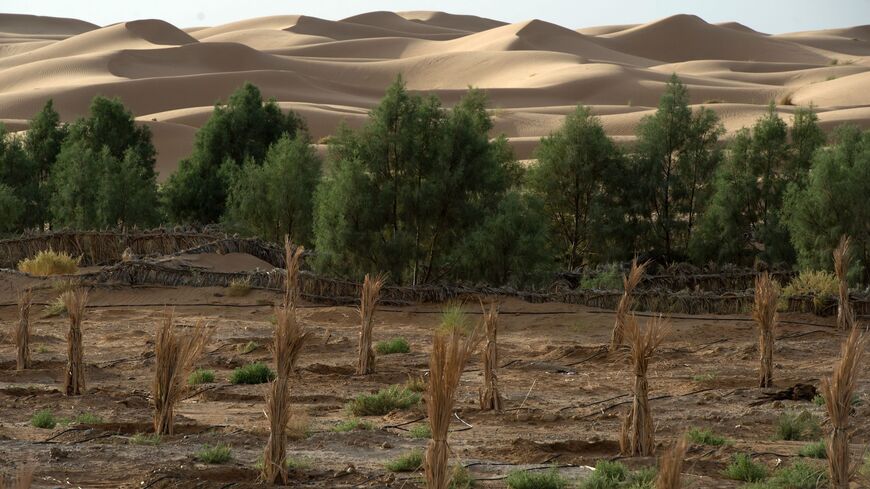 A general view shows a palm field suffering from desertification on Oct. 27, 2016, near Morocco's southeastern oasis town of Erfoud, north of Er-Rissani in the Sahara Desert. - FADEL SENNA/AFP via Getty Images

CAIRO — The Space Committee of the Egyptian Syndicate of Engineers unveiled during a conference held Oct. 22 Egypt’s plan to launch the first satellite specialized in monitoring climate changes in African countries, in partnership with Chinese parties.

The announcement comes in the lead-up to the UN climate conference (COP27) scheduled to be held in Sharm el-Sheikh Nov. 6-18, in what constitutes an important step to confront climate challenges, especially in countries most vulnerable to the harmful effects of climate change.

Speaking at the Oct. 22 conference, Ahmed Farag, head of the Space Committee of the Syndicate of Engineers, said that a prototype of the satellite will be displayed in Sharm el-Sheikh in conjunction with the UN climate conference sessions in order to explain the role and goals of this satellite.

Farag added that the launch of the satellite aims to monitor climate changes in Africa, such as the phenomena of desertification, the increase in carbon emissions, water vapor and wind speed, and this is very important and useful for Cairo and all countries of the African continent to support them in facing the negative effects of climate change.

He said that several workshops and educational seminars were held in partnership with a number of specialized experts to activate the syndicate’s Space Committee, which was established in August. The seminars also aimed to emphasize the role of educational and research institutions in space science and tackled the close relationship between space and the climate.

A source from within the governmental Egyptian Space Agency told Al-Monitor on condition of anonymity that there are indeed Egyptian plans to launch two satellites in Africa — one of which is specialized in monitoring climate changes and whose launch date has yet to be set.

Farag said that negotiations are underway with a Chinese party, which he did not specify, to take part in the launch process along with the Academy of Scientific Research and Technology. The details, according to the source, are to be announced upon completion of the negotiations.

Also, the source added, another satellite is to be launched in 2023 with the aim of measuring the proportion of plasma in the upper atmosphere.

The source also said that the COP27 hosted by Egypt for the first time is a good opportunity for the country to put forth the efforts it is deploying to confront the negative effects of climate change on the African continent, by adopting all sorts of modern technological means in order to win the confidence of international institutions in a bid to provide the necessary funding to support these efforts and achieve the desired goals.

Osama Shelbaya, dean of the Faculty of Navigation Sciences and Space Technology at Beni Suef University, told Al-Monitor that Egypt’s plan to launch a satellite to monitor climate changes in Africa is important to confront climate-related challenges and the resulting phenomena by monitoring them before they occur and developing plans to deal with them, to avoid or limit any damages or negative effects.

He added that launching satellites is very costly, which prompted Egypt to resort to Chinese parties within the framework of Egyptian efforts to confront climate change, which will culminate with the hosting of the COP27.

Sami Hashem, head of the Egyptian parliament’s Education and Scientific Research Committee, concurred, as he told Al-Monitor that Egypt’s plan to launch the first satellite to monitor climate changes in Africa is unprecedented, and it serves as evidence of the state’s use of all modern scientific and technological means to limit the harmful effects of climate changes on both Egypt and Africa.

African countries, he said, are the most affected and exposed to desertification, water shortage, beach erosion and drought, among other effects.

Hashem added that the launch of the satellite is beneficial not only for Egypt, but for all African countries, and it will have a vital and effective role in facing climate challenges, so focus should be on it at the COP27. 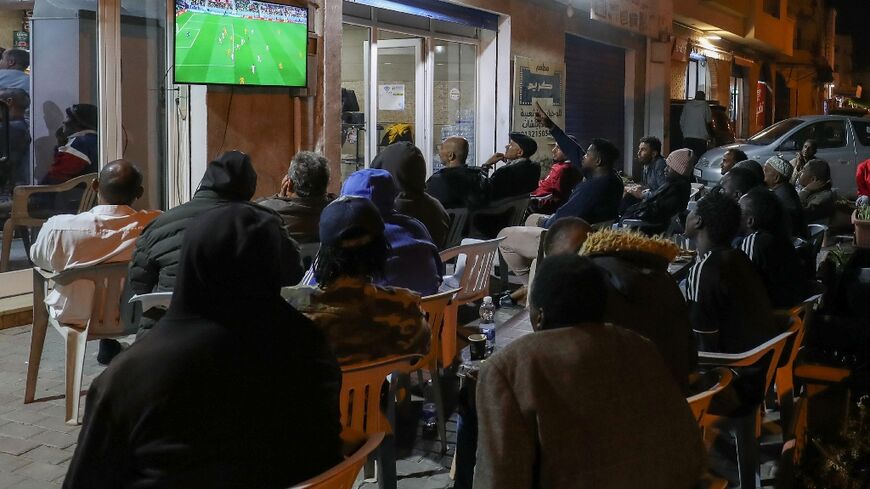