Israel has also experimented with delivery by unmanned air vehicles since last year. 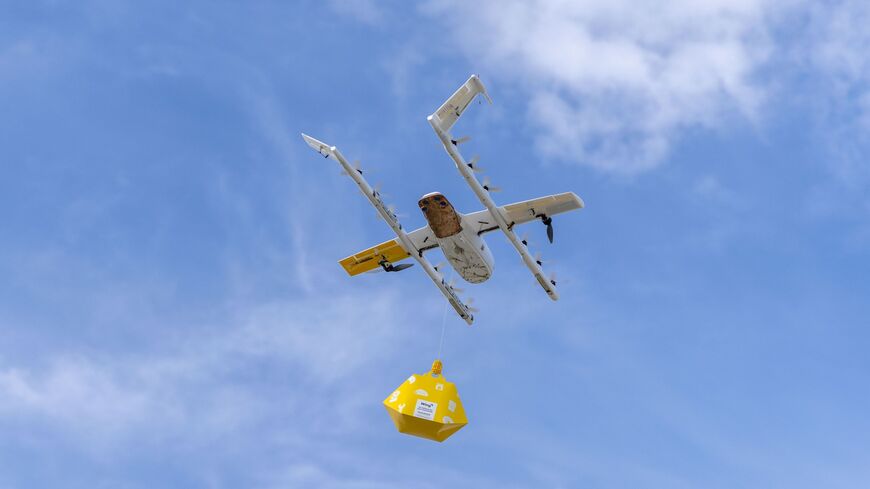 A drone secures an order before flying from Wing facility during a demonstration in Frisco, Texas on Aug. 31, 2022. - ANDY JACOBSOHN/AFP via Getty Images

Why it matters: The use of drones for delivery services is growing in some parts of the world. The US retail giant Amazon is notably working on developing a program.

In the Middle East, drones have been used for delivery services in Israel. Last year, drones delivered sushi, beer, ice cream and more across the country as part of the National Drone Initiative, The Times of Israel reported at the time.

Drones may emit less carbon than delivery trucks, but the use of drones could also threaten jobs.

Know more: The UAE is also working to build up its military drone capabilities. Last month, the country received a batch of Turkish armed drones.

In January, the Iran-backed Houthi rebels launched a drone attack on the UAE, which led the Gulf state to ask the Pentagon for help bolstering its air support.