Turkish President Recep Tayyip Erdogan is seeking a meeting with US President Joe Biden on the sidelines of the UN General Assembly next week. 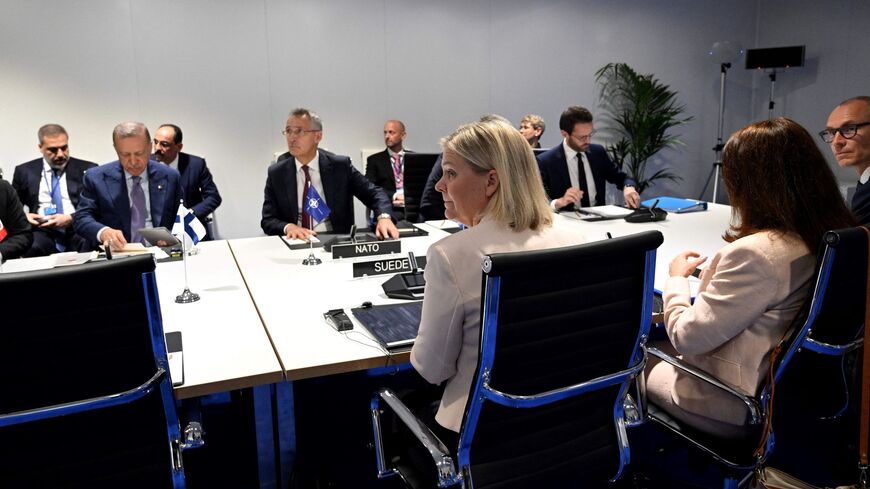 The top Turkish diplomat has reiterated Ankara’s threat to block Sweden and Finland’s accession into NATO. Mevlut Cavusoglu’s remarks came as political observers set their sights on a potential meeting between the Turkish and American leaders next week.

“There is no concrete step taken by these two countries yet,” Cavusoglu told Turkey’s state-run Anadolu Agency in reference to promises that Stockholm and Helsinki made in return for Ankara’s support for their admission. “They know their [NATO memberships] will not be ratified by the parliament unless they take necessary steps.”

Turkey wants both Nordic countries to restrict actions of groups that it deems a threat to its national security and to extradite dozens of people over their alleged links to these groups.

Cavusoglu’s comments came ahead of Turkish President Recep Tayyip Erdogan’s planned trip to New York next week for the United Nations General Assembly that will kick off on Sept. 20. A senior official told Reuters last week that a potential meeting between the two leaders was under discussion.

A meeting between Erdogan and President Joe Biden on the margins of the UNGA would elevate the Turkish president’s standing at home and abroad as he is gearing up for one of the toughest elections of his political career next year. A meeting could also smooth an array of outstanding issues between Ankara and Washington, including the Turkish bid to purchase new F-16s and modernization kits from the United States.

Cavusoglu said there were “no problems at the political or technical level” in the ongoing talks, but complained about “contradictory noises” from "some members of the Congress." The sale requires Congress’ approval.

Speaking at the NATO summit in July, Biden said Turkey had the US administration's support for the sale and that he was confident about  congressional approval. His remarks came after Ankara agreed to a trilateral deal with Sweden and Finland, allowing both Nordic countries to be officially invited into NATO. In June, Al-Monitor reported that the Biden administration could ditch efforts to secure congressional approval for the sale should Turkey continue to block the Nordic countries’ membership bids.

The accession process requires a legislative ratification by each NATO member state. The Turkish parliament will be back from a summer recess on Oct. 1 and will likely go on another recess shortly after for the campaigning period ahead of the presidential and general elections scheduled to be held in June 2023. That will leave a short time frame for the ratification.

“The sooner they take action, the better. I should also stress that there is no time pressure on us,” Cavusoglu said today.