Saudi Arabia is investing in several sectors in its bid to diversify the economy, but oil remains a major driver of growth. 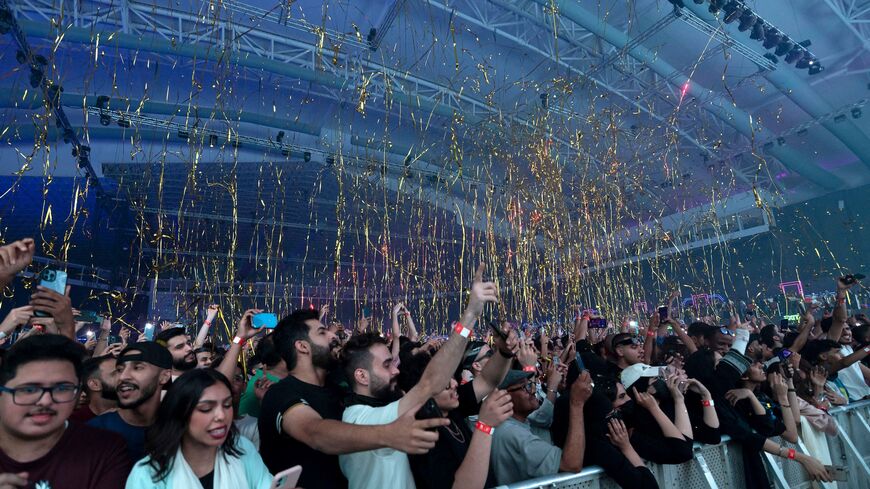 Fans cheer as Lebanese pop star Nancy Ajram teams up with US DJ and producer Marshmello on stage in Riyadh on Aug. 11, 2022 to perform their single "Sah Sah" as part of the Gamers8 concert series in the Saudi capital. - NASSER AL-HARBI/AFP via Getty Images

The Saudi General Authority for Statistics said that GDP increased 12.2% in the second quarter, compared to the same period last year. GDP also increased 2.2% from the first to the second quarter this year. The yearly increase was the biggest since 2011, the authority said in a release.

Why it matters: The Economist Intelligence Unit reported last month that Saudi Arabia is on track to be the world’s fastest-growing economy in 2022.

“The kingdom has recovered quickly from a pandemic-induced recession in 2020 and is reaping the rewards of high global energy prices and increased energy production. Economic fundamentals are moving in the right direction with the budget balance returning to positive territory and public debt shrinking in 2022, while consumer price inflation is contained,” read the report.

The General Authority of Statistics offered a similar assessment, attributing the high growth to a “high increase in oil activities.” Oil and gas accounted for 38.7% of GDP during the second quarter of the year, according to the authority.

Oil prices have been historically high this year, in part due to the market disruption resulting from the Russian invasion of Ukraine. Saudi Arabia also recently pushed the Organization of the Petroleum Exporting Countries (OPEC), as well as Russia, to cut production for October.

The so-called OPEC+ alliance had been boosting production throughout the summer, but Saudi Arabia was concerned about recent price decreases. Saudi Arabia may also be looking to stick it to Washington over the possibility of resurrecting the Iran nuclear deal, which Saudi opposes. US President Joe Biden wants Saudi Arabia to increase production due to high prices in the United States.

Saudi Arabia is seeking to reduce its dependence on oil per the Vision 2030 initiative. Saudi entities are investing in an array of sectors to this end, including major US companies, professional golf, video games, green technology and more.