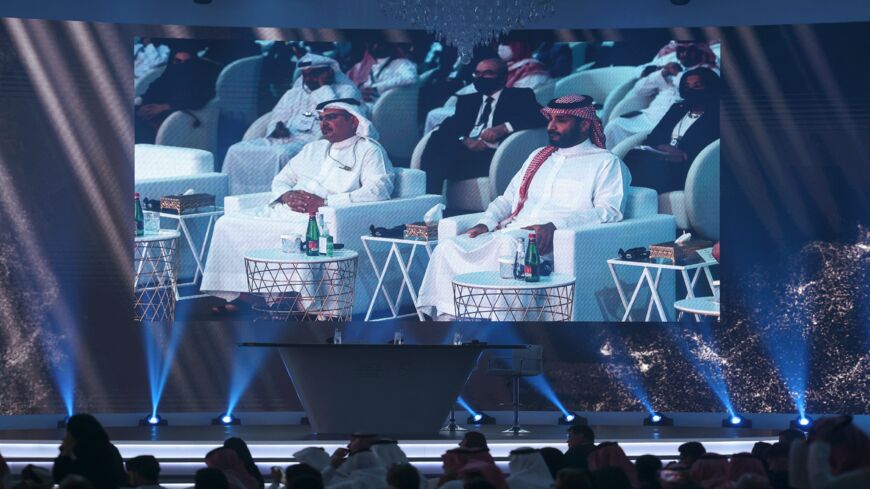 Why it matters: Saudi Arabia’s GDP actually shrank by 4.1% in 2020 amid the COVID-19 pandemic, so today’s news indicates a degree of economic recovery. The 2021 GDP is actually Saudi Arabia’s highest since 2015, when the figure increased by 4.1%, according to data from The World Bank.

Lockdowns and business closures imposed by Saudi authorities in 2020 had a strongly negative effect on the domestic economy.

Saudi Arabia is working to diversify its economy away from oil dependence per the Vision 2030 initiative. To this end, the Saudi sovereign wealth fund has invested in an array of sectors, including futuristic technology, sports and more.

The results have been mixed. Saudi’s non-oil exports are growing. On the other hand, much of the promised direct foreign investment has yet to come, and the kingdom’s foreign reserves have decreased dramatically, Karen Young wrote in Foreign Affairs in January.

Development proceeds on the futuristic city of NEOM — the brainchild of Crown Prince Mohamed bin Salman — despite some controversies related to it being built on land inhabited by Arabian tribes and hesitance among foreign investors.

What’s next: Oil is still a major part of the Saudi economy, especially with prices being historically high. The Saudi oil giant Aramco recently agreed to build a refinery complex in China, which is expected to be completed in 2024. Saudi is also considering pricing some of its oil sales to China in yuan instead of the US dollar.

The Foxconn Technology Group, which assembles Apple phones, is also in talks with Saudi Arabia to build a $9 billion factory in the country, The Wall Street Journal reported this week.

China in the Mideast
Economy and trade
Oil and gas