There has been immense scrutiny on the team's star forward Sardar Azmoun - JAKUB SUKUP
by Stuart WILLIAMS with Anne BEADE in Vienna
September 28, 2022 — Paris (AFP)

The protests that have erupted in Iran are shadowing the national football team's bid for a breakthrough to the World Cup, with rumours of a split in the squad, social media posts that mysteriously disappear and former legends weighing in to support the demonstrations.

Team Melli are preparing to battle in a competitive and also politically loaded Group B in Qatar, where they will face he United States, England and Wales in a bid to reach the knockout rounds for the first time.

But the protests that have shaken Iran since the death of 22-year-old Mahsa Amini following her arrest by the notorious morality police have raised uncomfortable questions for the team, who are hugely influential in a football-mad country.

There has been immense scrutiny of the team's star forward Sardar Azmoun, who plays in the Bundesliga for Bayer Leverkusen. He initially appeared to allege a gag order on the team speaking out and condemning the authorities' deadly crackdown bit he then stepped back.

Meanwhile, one of the biggest names in Iranian football, former national team star Ali Karimi, has become a hero for many of the protesters in Iran by vociferously supporting the protests on social media -- in defiance of bitter criticism in pro-government media.

Echoes of the protests reached Iran's pre-World Cup friendly match against Senegal in Vienna on Tuesday, when protesters outside the stadium shouted slogans against the Islamic republic and chanted the names of Karimi and Azmoun. 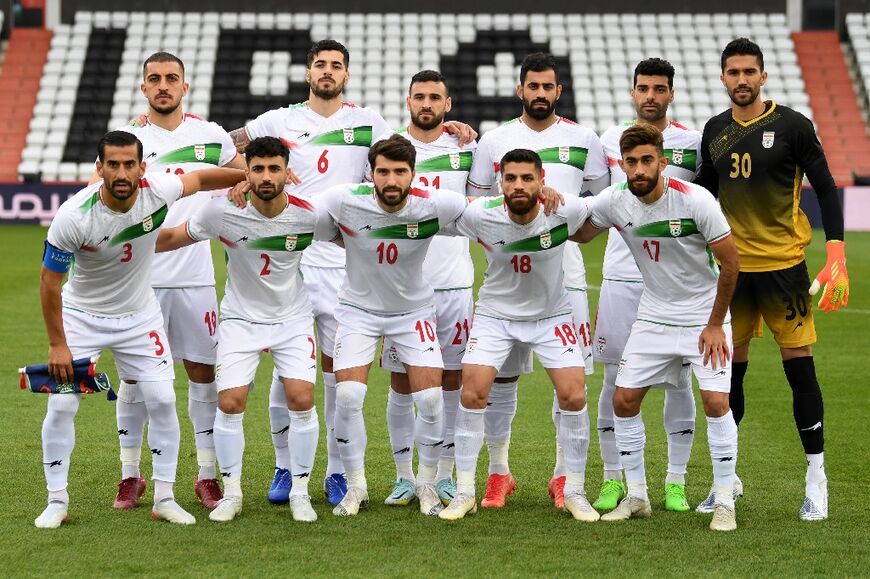 "We are here to just beg (the team): please support us instead of standing against us. Please support us," said Mehran Mostaed, one of the organisers of the protest.

Azmoun began the game on the bench, fuelling rumours he may have been sidelined. But he appeared in the second half, and scored with a neatly taken header to the pleasure of Iran's newly rehired Portuguese coach Carlos Queiroz.

Azmoun's celebrations were muted and the team had remained wrapped in their black tracksuits during the anthems rather than exposing the national strip.

Earlier in the week, Iranian football bloggers took screenshots of an Instagram post from Azmoun saying that because of "restrictive rules on the Team Melli, I could not say anything". 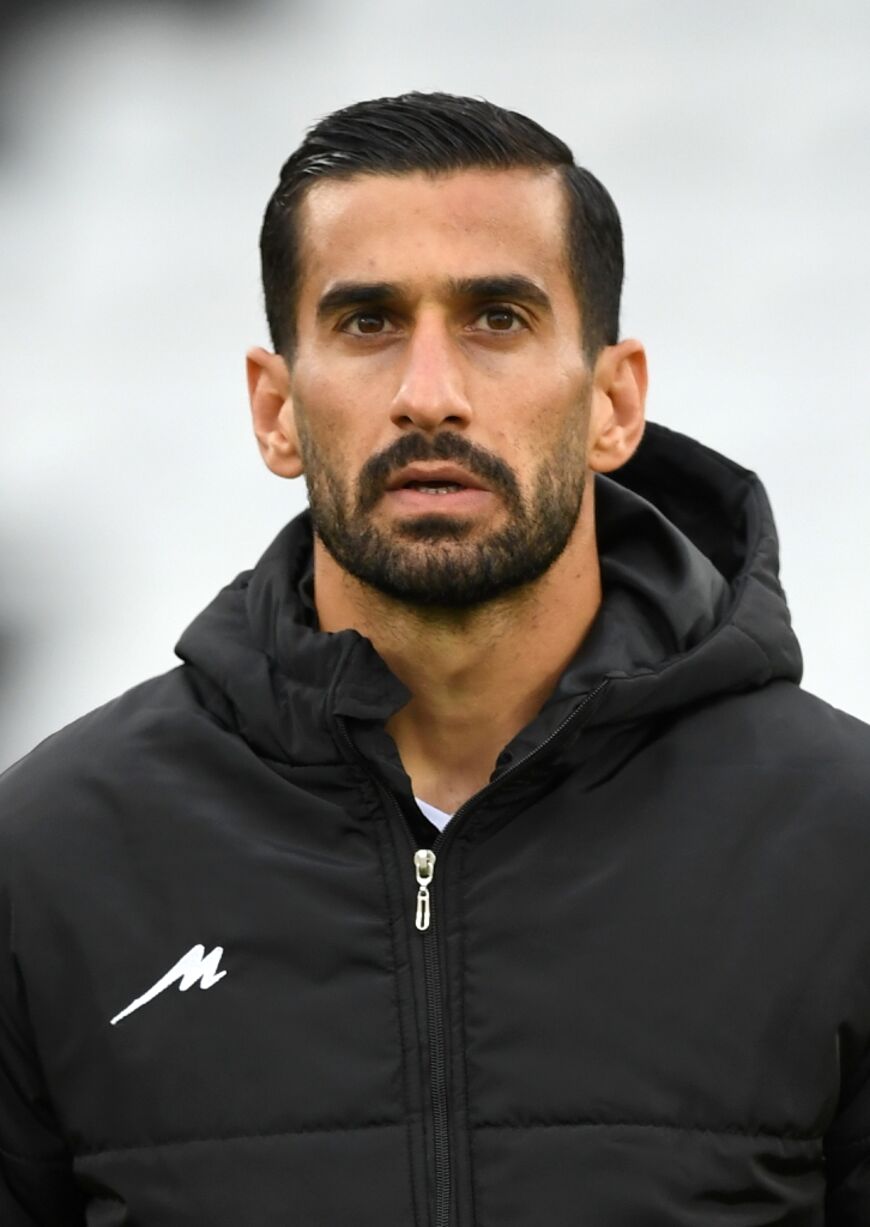 But he added that could not stay silent due to the crackdown against the protests that activists say has killed over 75 people.

"This will never be erased from our consciousness. Shame on you!" he wrote. The post was deleted and the entire content of the Instagram account, followed by some five million people, disappeared for days.

"There was no pressure on me to write or delete an Instagram story," he said, adding that "there is no division in the Team Melli".

"I apologise to my friends in the national team because my hasty action caused bloggers to insult my teammates and disturb the peace and order within the team," he wrote.

He added another post supporting a women's volleyball club that he himself formed, saying Amini's death had "left a pain in the nation that will never be forgotten."

His comments are set to disappoint those who wanted a strong political stance from the team ahead of the World Cup, recalling how players famously wore green wristbands in 2009 in support of the so-called Green Movement that erupted after disputed elections. 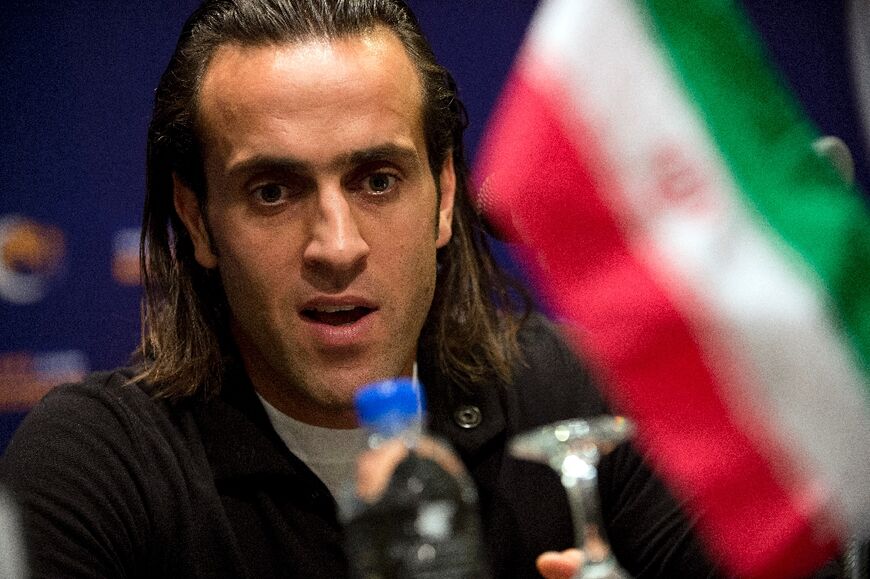 One of the players on the field back then, Ali Karimi, has repeatedly posted on Instagram and on Twitter in support of the protests and condemning the death of Amini, saying not even holy water could "wash away this disgrace".

"Like the common people of my land, I am not looking for any post or position," he said.

"I am only looking for peace and comfort and welfare of people in all parts of my country."

These posts prompted the Fars news agency in Iran to publish a piece calling for his arrest, while there have been suggestions property he owns in Iran could be impounded.

Other top former players have echoed his stance in Instagram posts.

Mehdi Mahdavikia, for years a feature in the Bundesliga, accused the authorities of "alienating and ignoring the people".

Ali Daei, a legendary striker and 1998 World Cup star, told the regime to "solve the problems of the Iranian people rather than using repression, violence and arrests".