Lebanon is shifting to a new official exchange rate to the US dollar, three years after an unprecedented financial and economic crisis that has plunged a large portion of its population under the poverty line. 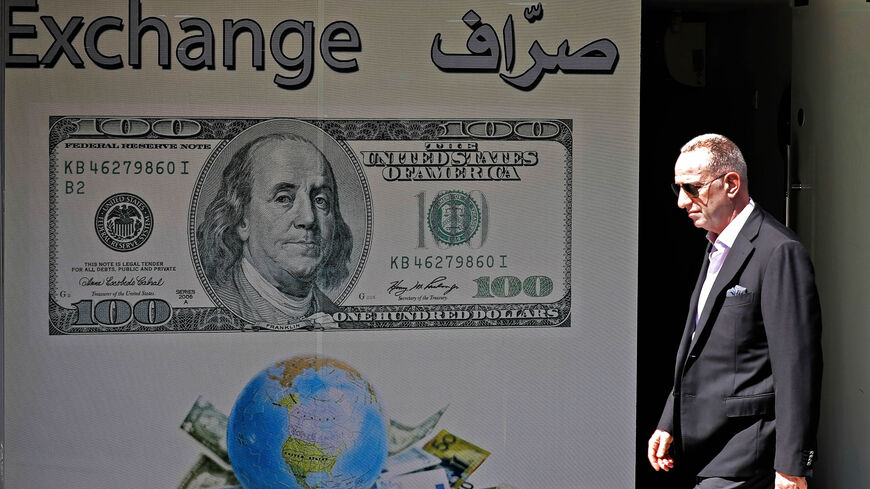 BEIRUT — Caretaker Finance Minister Youssef Khalil announced Sept. 28 that the official exchange rate will shift from 1,507 Lebanese liras to 15,000 liras to the dollar, beginning Nov. 1, in a step toward a general unification of the multiple exchange rates that currently coexist.

The official exchange rate of the Lebanese lira has been pegged at 1,507.5 liras to the dollar since 1997. Since the start of the crisis in 2019, the national currency has lost more than 90% of its value, with the parallel market rate hovering around 38,000 liras (as of Sept. 29).

Khalil did not go into further details, which raised many questions among the population about the challenges and implications of such a decision.

When contacted by Al-Monitor, the Finance Ministry’s media office responded that all necessary comments on the decision are mentioned in the press release issued a few hours after Khalil’s announcement.

According to the ministry’s statement, the shift to the new exchange rate will take place in two steps: first in terms of the customs dollar and the second at the level of the official rate, which will be adopted in coordination with Banque du Liban (BDL), Lebanon’s Central Bank.

“The matter is conditional on the approval of the recovery plan that the [BDL] is currently working on,” the statement continued.

Notably, the nine-month overdue budget that was adopted by the Lebanese parliament Sept. 26 is based on the new exchange rate of 15,000 liras to the dollar for customs duties.

Bilal Alameh, financial and economic expert and head of the Vocational Development & Career Guidance Association, told Al-Monitor that the decision will have repercussions on various monetary, economic and judicial levels.

“Raising the official rate to 15,000 liras to the dollar may help increase treasury revenues, but it will inevitably cause the parallel market rate to soar, resulting in further printing of banknotes in the national currency, which means additional inflation,” he said.

This will also lead to an increase in the prices of goods, products and the cost of transactions in general, in addition to the compulsory levies and taxes, according to Alameh.

He noted, “This not to mention that the new exchange rate will be applied to the repayment of loans contracted in dollars, as well as contractual debts and deposits with regard to legal disputes."

Alameh added, “But this is a first step that may be necessary toward floating the exchange rate if it is followed by well-thought-out measures, especially in the 2023 budget.”

The unification of the multiple exchange rates is one of the preconditions set by the International Monetary Fund (IMF) to unlock financial aid to the cash-strapped country.

On Sept. 21, the IMF said that Lebanon’s progress in implementing reforms is still very slow, noting that the new exchange rate ought to be in tandem with several other reforms, including banking and financial restructuring among other conditions.

Wassim al-Hashim, 38, owner of a printing press establishment and ready-to-wear trade in the Bekaa Valley, told Al-Monitor, “The implications of the new official exchange rate is now being felt. Importing companies informed us that the VAT fees will be based on 15,000 liras instead of 1,507 liras beginning next month.”

He added, “They also told us that the price of goods rose automatically because the customs duties were automatically set to 15,000 liras to the dollar. This will prompt us to increase our prices as well, which will decrease the demand since they are not essential goods."