US urges Israel to expedite legislation needed for visa waiver

A senior official at the US Embassy in Jerusalem warned that if the Knesset waits until after the Nov. 1 elections to pass legislation required for the American visa-waiver plan, the wait for entering the program could be very long. 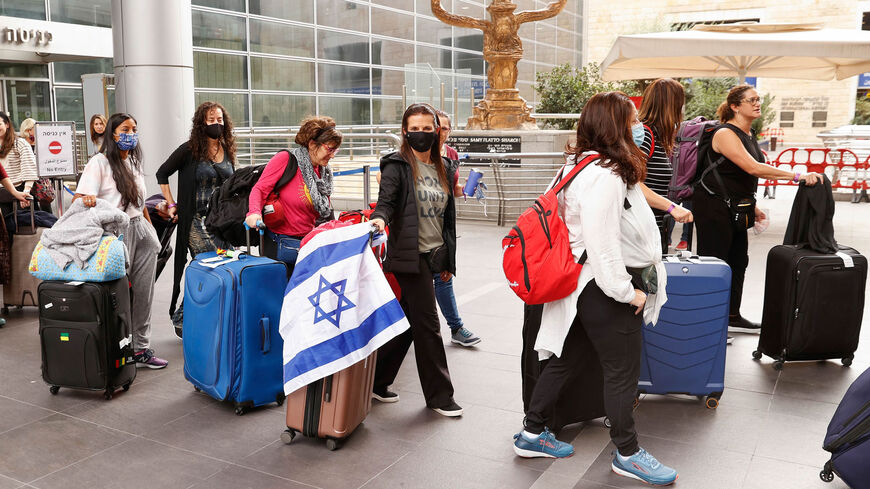 An unnamed senior official at the US Embassy in Jerusalem told Israeli media Aug. 4 that if the Knesset fails to pass legislation necessary for entering the American Visa Waiver Program (VWP), Israelis may have to wait 12-18 months before another opportunity for visa exemptions for tourists becomes available.

The official explained that if the procedure for applying to enter the VWP is delayed, US authorities will have to base their decision on data from 2023, instead of earlier data. This, in return, could harm the Israeli request.

One of the conditions for a country to join the VWP is less than a 3% visa request denial rate. Over the years, Israel did not qualify for the program because of this condition. Israeli experts claimed that the high rate of visa denials was mainly because US authorities are reluctant to offer tourist visas to young Israelis after their army service, estimating that some of them actually plan to stay in the country illegally after their visas expire.

Thus, over the past few years, Israel’s Interior Ministry published guides and advice for these tourists on how to minimize the risk for a US visa denial. The combination of this campaign with the lower number of Israeli tourists to the United States because of coronavirus restrictions might actually reduce the number of denials for 2022, bringing it under the 3% bar. This might not be the case for Israeli tourism to the United States in 2023.

On July 7, Israeli and American representatives signed an information-sharing agreement, which will enable the two countries to check fingerprints from each other's databases up to 1,000 times a year as well as request information on citizens with serious criminal backgrounds. With the signing of this agreement, the last official hurdle remains Knesset legislation that would authorize the transfer of information regarding Israelis with criminal or security concerns, before they board flights bound for the United States.

US Ambassador to Israel Thomas Nides has been pushing for this agreement since taking office. In a rare move, Nides appealed on the opposition already on June 28 to enable the legislation of the necessary laws. “I’ve been working around the clock since I arrived to help Israel meet all the requirements to join the Visa Waiver Program. Don’t lose momentum now. This will help Israeli citizens travel to the US — put them first!” tweeted Nides. After the July 7 signature, Interior Minister Ayelet Shaked tried to promote the legislation in the parliament, doubling its efforts once the decision for dissolving it was announced, but in vain.

Likud senior officials have been pushing back against such legislation. In the weeks before the Knesset was dissolved, the opposition decided to halt any attempt by the coalition to pass laws. Party officials claim that the process could be resumed without any problems after the elections, when a new parliament and government are in place. Still a statement by the party expressed reservations on the required legislation, claiming it violates the privacy rights of Israelis. “After we form a stable government, the Likud will submit the necessary, but responsible, legislation [to the Knesset] and complete the move by March 2023, so that inclusion in the VWP will not be delayed even one day,” said the statement.

Despite the Knesset now dissolving, Nides continues to push for the required laws to be adopted. On Aug. 2, he tweeted, “Continuing to work hard to get Visa Waiver Program done to benefit both Israelis and Americans. Can’t slow down. Team work.” Nides is hoping for the opposition to agree on convening an emergency Knesset session to pass the required legislation.

On Aug. 4, Shaked posted a video blaming again the Likud for blocking the VWP only because of political reasons. In her post, Shaked wrote, “Netanyahu, I’ll give up on the credit [for getting Israel into the VWP]. Just allow Israeli citizens to receive visa exemption for the US.”