US says oil contracts in Iraqi Kurdistan should be ‘respected’

Some companies have pulled out of the autonomous region following pressure from the federal government, which considers the Kurdistan Region’s oil exports unconstitutional. 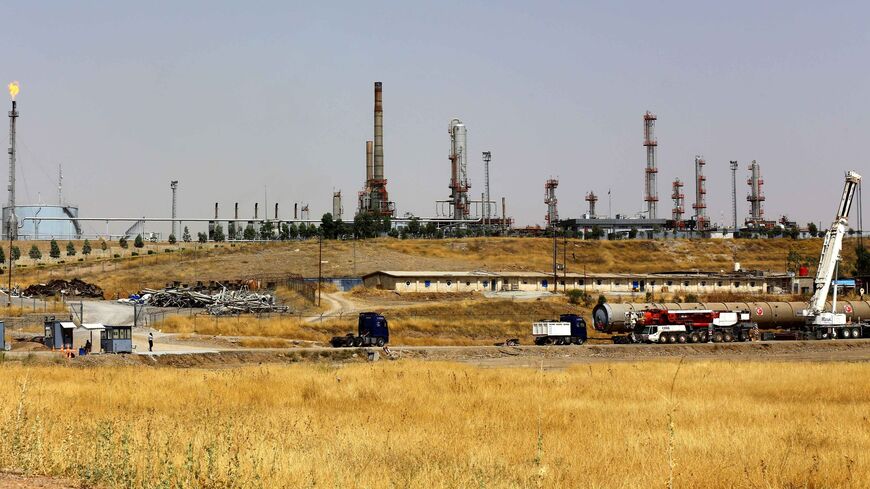 A view of the Kawergosk Refinery, some 20 kilometers east of Erbil, the capital of the autonomous Kurdish region of northern Iraq, on July 14, 2014. - SAFIN HAMED/AFP via Getty Images

The head of the US mission in Erbil met with a Kurdistan Regional Government (KRG) official today to discuss the ongoing oil dispute in Iraq.

Following the sit-down, the consulate released a statement calling for the KRG and federal government to resolve their dispute over the former’s oil exports. They also called for oil contracts in the Kurdistan Region to be “respected," according to a statement.

“We support the KRG’s dialogue with the Government of #Iraq on hydrocarbons and agree existing oil contracts must be respected,” the consulate said on Facebook.

Background: The Kurdistan Region exports oil and gas independently of the federal government in Baghdad, based on a 2007 law. In February, the federal supreme court ruled the law unconstitutional, which the KRG immediately rejected.

The US consulate’s reference to “oil contracts” being “respected” could be a reference to some American oil companies ceasing operations in the Kurdistan Region under pressure from Baghdad earlier this year.

Know more: This is not the first time the United States has addressed the issue. Last week, a State Department official told the Kurdish news outlet Rudaw that the KRG and Baghdad should negotiate the matter in a way that “supports existing and future investments.”