Mourners in Egypt attended a memorial service Tuesday for victims of a Coptic church fire in Cairo that killed 41 people -- among them many children, including twins and triplets.

The electrical fire on Sunday ripped through the Abu Sifin church in Imbaba, a working class district west of the Nile River, part of Giza governorate in greater Cairo.

At least 10 of those killed during Sunday mass, when families flock to the church and its daycare services, were minors aged under 16, according to a list from just one hospital circulated by local media.

Coptic Bishop Martyros led a "third day" service Tuesday in central Cairo's Church of the Blessed Virgin Mary to commemorate the resurrection of Christ and honour the souls of the dead.

Among those killed were six members of the same family, one mourner, Sandy George, told AFP.

"My aunt Magda and her daughters, Merna and Irina, and Irina's three kids" died of asphyxiation, George said. 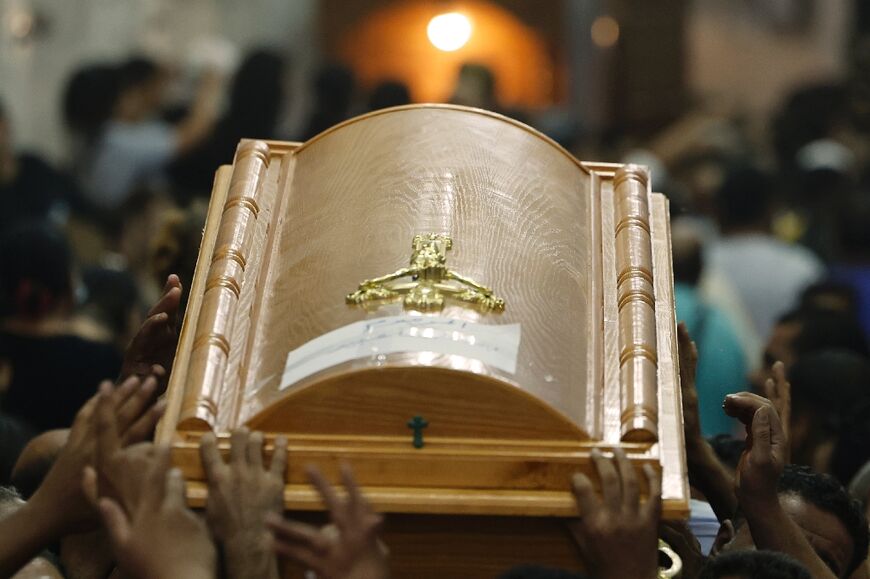 Irina's children who were killed were the five-year-old twins Barthinia and Mariam and their brother Ibram, aged four.

Also killed were five-year-old triplets Mehrael, Youssef and Filopateer Bassem Amir, according to the hospital list.

Hundreds attended another third-day service in a nearby church, for Father Abd al-Messih Bekheit of the Abu Sifin church, who reportedly died trying to save members of the congregation.