As Ankara finesses relations with Moscow, top Turkish officials have quietly met with Chechen leader Ramzan Kadyrov after years of chill marked by a string of murders of Chechen exiles in Turkey. 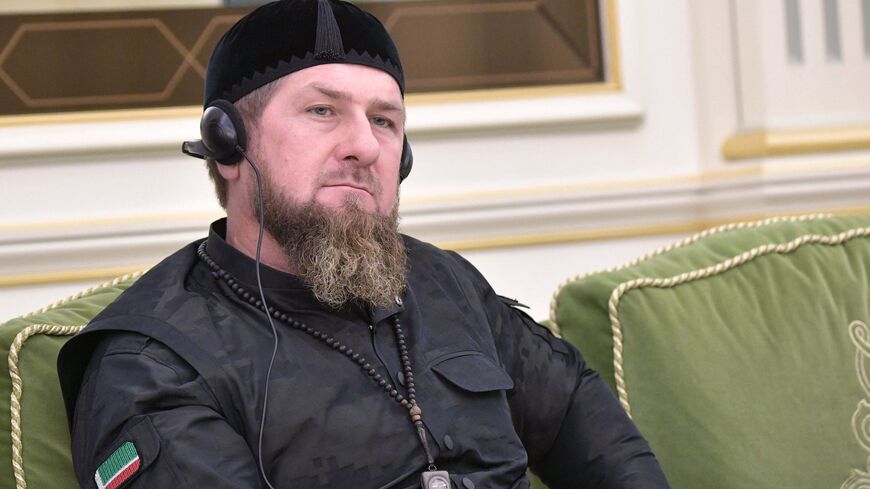 Turkish President Recep Tayyip Erdogan’s Aug. 5 meeting with his Russian counterpart Vladimir Putin appears to have turned a page in Ankara’s chilly ties with Ramzan Kadyrov, the leader of Russia’s Muslim-majority Chechen Republic and a Putin loyalist. Turkey’s foreign minister and intelligence chief, who accompanied Erdogan in Sochi, huddled with Kadyrov on the sidelines of the summit, and it was the Chechen leader who made the meeting public on Telegram.

Kadyrov has long been associated with espionage claims and a series of murders of Chechen dissidents in Turkey. That senior Turkish officials were willing to meet him not long after he publicly berated Erdogan portends a political shift on Ankara’s part — a diplomatic feat that could be chalked up not to Kadyrov, but rather his boss. Putin had so far refrained from taking the Chechen leader to his meetings with Erdogan, even though he would often have him in his entourage when meeting with other Muslim leaders.

Kadyrov has proven his loyalty to Putin by contributing special forces to Russia’s military operations in Syria and Ukraine. His soldiers were deployed as military police in Syria, primarily in Aleppo, showing the locals a “Muslim face” of the Russian mission. Their deployment was meant to mend the terrible image left by fighters from Russia’s Caucasian regions who joined the Islamic State or allied with the al-Qaeda-linked Nusra Front in Syria’s civil war. Kadyrov also took on the restoration of the nine-century-old Umayyad Mosque in Aleppo and another historical mosque in Homs. Yet, the fighters he sent to the war in Ukraine have created an opposite image to that of helping reconstruction in Syria. In both Ukraine and Syria, Kadyrov’s missions have clashed with Erdogan’s policies.

Details about the meeting in Sochi are limited to what Kadyrov shared on Telegram the following day. “We had a rich and productive informal discussion, at which we agreed on the need to establish close cooperation between Turkey and the Chechen Republic on various issues,” he wrote. Turkish Foreign Minister “Mevlut Cavusoglu expressed hope that this informal meeting would be the beginning of further development of relations and establishing contacts. I agreed with him and noted that both sides will benefit from joint initiatives.” He added he was extended an invitation to visit Turkey and readily accepted.

Turkey’s National Intelligence Organization has acquired operational capabilities in conflict zones beyond Turkey’s borders in recent years, and that its chief Hakan Fidan took part in the meeting has raised doubts over the nature of Ankara’s prospective cooperation with Kadyrov among Turkey’s opposition and Chechen exiles in the country, many of whom are former pro-independence fighters.

The speculation may be far fetched, but some Kurds wonder whether Chechens might be used in Turkish military campaigns against Kurdish groups in Iraq and Syria. And many in Turkey’s opposition quarters are already anxious about claims that bloody unrest, including assassinations, could mar the lead-up to the elections in 2023, making them suspicious of Ankara’s intentions.

The Chechen exiles, meanwhile, fear that Ankara’s rapprochement with Kadyrov might come at the expense of the relative safe haven they have found in Turkey despite nine assassinations over the past decade. Nevertheless, Ankara’s dialogue with Kadyrov might be conditioned on ending the hounding and targeting of Chechen dissidents in Turkey. In return, refugee and diaspora activities against Kadyrov’s administration might be suppressed.

As recently as last year, Turkey continued to be the scene of score-settling between Kadyrov’s men and dissident Chechens. Six people detained on suspicion of espionage in Istanbul and the Mediterranean city of Antalya in October were reportedly linked to Kadyrov cohorts. The Turkish media reported the incident as the busting of a Russian spy network. The suspects — four nationals of the Russian Federation, a Ukrainian and an Uzbek — were allegedly planning to attack Chechen dissidents. One of them reportedly confessed to taking orders from Kadyrov's cousin Adam Delimkhanov and a certain Kazbek Dukuzov. The police seized an unlicensed gun equipped with a silencer in the residence of one of the suspects. In March 2021, two Chechens believed to be linked to Kadyrov were detained in Antalya as part of a probe into unknown people tailing Chechen exiles.

According to a Chechen exile who spoke to Al-Monitor in December, the espionage activities targeted individuals involved in online networks of the diaspora such as “1ADAT” and “Security Turkey” that exposed crimes allegedly committed by Kadyrov and his men in Chechnya, including abduction, torture, murder and blackmailing of former pro-independence fighters and their relatives. Chechen exiles believed that Turkey’s intelligence and police had come to take Kadyrov’s covert activities in Turkey more seriously.

The tensions brewing behind the scenes erupted into the public eye in December, when Kadyrov threatened to name a park in Grozni after Turkey’s public enemy number one — the jailed leader of outlawed Kurdish militants, Abdullah Ocalan — in response to a Turkish town naming a park after Dzhokhar Dudayev, the pro-independence Chechen leader who fought Russian troops in the 1990s. Addressing Erdogan, Kadyrov said, “Make up your mind! Either you become a state that openly supports terrorists or you support honest relations with Russia. We have the right to respond.” The Kremlin backed Kadyrov’s reaction.

Even though Kadyrov has been an unwelcome figure in Turkey, his alleged crimes have been largely brushed over, not least because of Russia’s influence. The Turkish authorities have often been criticized for ignoring the deeds of Russian intelligence and Kadyrov’s men and for swiftly extraditing suspects to Russia instead of expanding investigations. Still, Kadyrov has long hoped to be held in esteem by Turkey as he has been by other Muslim nations such as Saudi Arabia, the United Arab Emirates, Jordan and Bahrain.