A Palestinian man suspected of involvement in the slaying of Haiti’s president last year has left Turkey after winning a protracted legal battle over his detention in the country. 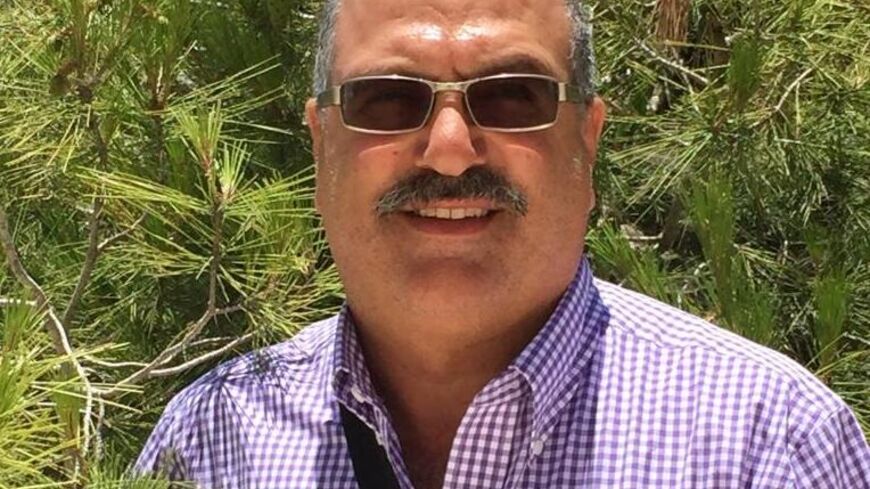 Samir Handal, who was wanted with a red notice within the scope of the Haitian President Jovenel Moise assassination investigation. - Twittter

A Palestinian man held in Turkey for his alleged role in the 2021 assassination of Haitian President Jovenel Moise was allowed to fly home to the United States on Aug. 3, ending a nine-month legal saga that saw the rejection of his extradition to Haiti in what has become a complex, international manhunt for the assassins.

Samir Handal, a businessman who holds Palestinian, Jordanian and Haitian citizenships as well as a Green Card that has allowed him to live in the United States for 22 years, remained behind bars in Turkey even after Interpol suspended a red notice for his arrest earlier this year. In a further twist, a bureaucratic muddle kept the 64-year-old from leaving Turkey after an Istanbul court rejected Haiti’s extradition request in early July.

Handal denies any role in Moise’s assassination. In an interview with Al-Monitor, his lawyer in Turkey, Mahmut Barlas, said Handal was denied presumption of innocence, detained wrongfully, and suffered moral and material harm in an unlawful process behind which, he believes, were political decisions devoid of legal basis.

Handal’s ordeal began about nine months ago as he boarded a flight from Miami to Istanbul on his way to Palestine to visit his mother. According to Barlas, Interpol, heeding Haiti’s request, issued the red notice shortly after Handal’s plane took off on Nov. 14, 2021. After landing in Istanbul, he was put in jail on a temporary custody order. Haiti’s extradition request implicating Handal in Moise’s assassination arrived just a day before the 40-day legal period was to expire. Haiti’s allegations were hastily turned into an indictment, after which Handal was transferred to a high-security prison in Ankara.

Handal and his wife immigrated to Haiti in 1980, where they lived for two decades before moving to the United States. He used to return to Haiti frequently — his daughter still lives in the Caribbean country — and happened to be there when Moise was gunned down in his residence on July 7, 2021, allegedly by a team of mainly Colombian mercenaries. Handal had made an appointment with a cardiologist in Miami for July 13 and flew back on July 9, a day earlier than his original itinerary, wary that the assassination might lead to the closure of the airport as the local media were reporting at the time.

Handal became a suspect because two months before the assassination he had rented a house in Haiti’s capital, Port-au-Prince, to Christian Emmanuel Sanon, a Haitian American who, the local police believe, was among the masterminds of the assassination and had political ambitions. Handal’s decision to fly back to Miami a day earlier added to the suspicions. Sanon, reportedly a doctor and pastor, had rented the place for three months, citing medical purposes, and was captured there a day after Moise’s slaying. According to Haitian media, meetings of political nature were held in the house.

Handal maintains he never went to the house after renting it out, and Sanon too has said he had nothing to do with Handal.

The file that Haiti provided for the red notice and the extradition request claimed that Handal was among the assailants who killed the president, wounded his wife, and stole valuable items and documents from the Moises’ residence. An ensuing appeal to Interpol resulted in the lifting of the red notice, but Handal remained behind bars as the extradition case continued.

Under extradition procedures, Turkey asked Haiti to provide information about its criminal code and official guarantees that Handal would not face capital punishment, torture or any treatment incompatible with human dignity. The Haitian response, which was initially sent in Turkish, obfuscated penal servitude provisions, which came to light a month later when the original French version arrived. Turkey’s Justice Ministry asked its Haitian counterparts to clarify the discrepancy, even though the court handling the case did not deem that to be necessary. Eventually, the Haitians clarified that penal servitude provisions were not applied to individuals aged over 60 and that Haiti had signed international conventions prohibiting torture and inhumane treatment.

Handal’s defense, however, presented the court with UN reports about 54 deaths due to inhumane conditions in Haitian prisons in the first four months of the year alone and argued that Handal, who suffers from epilepsy, faced a high risk of being killed, abducted or tortured in Haiti. The defense also argued that the FBI had several times questioned Handal amid probes into suspects detained in the United States in connection with Moise’s assassination, but US authorities never placed him under investigation or judicial restrictions.

Handal’s case file eventually grew to more than 3,000 pages. Turkish authorities had judicial contacts with their US counterparts as well but kept them quiet.

On July 4, the court rejected Haiti’s extradition request, deeming its reasons and guarantees insufficient, and ordered Handal’s release with no strings attached. Yet he was placed in a deportation center where he had to wait for an official deportation order before being taken to the Istanbul Airport on July 15. He was unable to leave yet again as it turned out that the Justice Ministry had failed to notify the police that a restriction alert for Handal, based on the Interpol warrant, had been lifted. A flurry of efforts by his lawyers failed to resolve the confusion and Handal ended up in another deportation center in nearby Kocaeli, leading relatives to protest that his continued detention in Turkey amounted to “kidnapping.”

Barlas had to use Twitter to appeal to Justice Minister Bekir Bozdag for help, stressing that his client was “unlawfully deprived of his freedom.”

The lawyer blamed the protraction on the sloppiness of bureaucracy. At the same time, he recalled that Haiti’s former first lady, Martine Moise, thanked the Turkish authorities for arresting Handal at an international gathering in Turkey in March, which, according to him, was an attempt to influence the Turkish judiciary.

Finally, the tangle was resolved this week. Handal chose to go to Canada first, unsure of the validity of his US residence permit after spending more than six months in Turkey. After flying to Canada on Aug. 3, he traveled on to Miami to join his family.

But his lawyer is not done yet. Barlas vowed to use all legal means against Turkish authorities to redress what he sees as a string of breaches of his client’s rights. Handal’s time in custody should not have exceeded 40 days, and the review of Haiti’s extradition request should have been completed in two months, he said, arguing that Haiti’s allegations were misleading but were still turned into an indictment near verbatim.