Ships have left Ukraine for Turkey, Iran and elsewhere since the agreement between Ukraine and Russia on safe passage through the Black Sea. 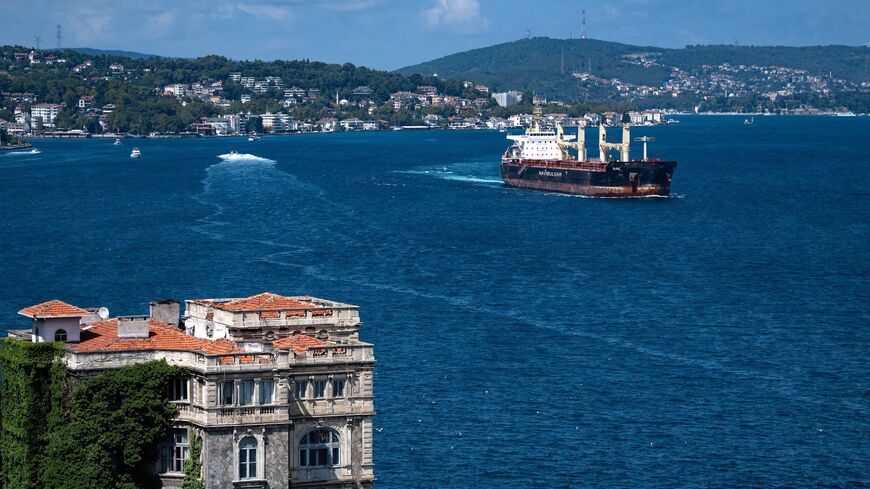 The Malta-flagged bulk carrier M/V Rojen loaded with tons of grain from Ukraine sails along the Bosphorus Strait in Istanbul on Aug. 7, 2022, after being inspected. - YASIN AKGUL/AFP via Getty Images

There are several ships loaded with grain en route to the Middle East from Ukraine.

A total of 14 ships have departed Ukraine since Turkey brokered a safe passage agreement between Ukraine and Russia last month. The Russian invasion, which began in February, left ships unable to leave Ukraine for months.

Four ships are headed to the Middle East:

The Sierra Leone-flagged Razoni left Ukraine for Lebanon on Aug. 1. However, Reuters reported yesterday that the buyer in Lebanon refused delivery, so it planned to go to Turkey and unload some of its corn. The ship tracking website MarineTraffic now lists Razoni’s destination as Egypt, and the ship was off the Turkish coast as of today. It left Mersin, Turkey, on Aug. 12.

Reuters reported today that the Star Laura, which flies the flag of the Marshall Islands, departed Ukraine and is bringing 60,000 tons of corn to Iran. MarineTraffic currently lists its destination as Istanbul and said it left Aug 12. The present destination is likely because ships are being inspected in Turkey for weapons before proceeding further, per the agreement.

The Belize-flagged Sormovskiy left Ukraine on Aug. 12 and is headed to the Turkish city of Tekirdag, west of Istanbul. The ship was in the Black Sea today, according to MarineTraffic.

The US government-owned Radio Free Europe reported Aug. 5 that the Turkish-flagged Polarnet departed Ukraine for Turkey with 12,000 tons of corn. The ship was off the coast of Turkey southeast of Istanbul today and is sailing to nearby Tuzla, according to MarineTraffic. However, its ultimate destination is Karasu on the other side of the Anatolian peninsula, according to the report.

Egypt has been particularly affected by the war in Ukraine, as it depended on Ukraine and Russia for most of its wheat. Following the Turkish-backed agreement, Russian Foreign Minister Sergey Lavrov told his Egyptian counterpart Sameh Shoukry that Egypt’s grain orders would be met.

Egypt has also experienced corn shortages during the war, per the Egyptian news outlet Mada Masr.

Update: On Aug. 14, Reuters reported that Razoni was en route to Syria's port in Tartous after turning off its transponder. As of Aug. 15, MarineTraffic still listed the ship's destination as Egypt, but the website had not received a signal since Aug. 12.