Smugglers continue to use creative methods to bring drugs into the kingdom, which struggles with amphetamine addiction. 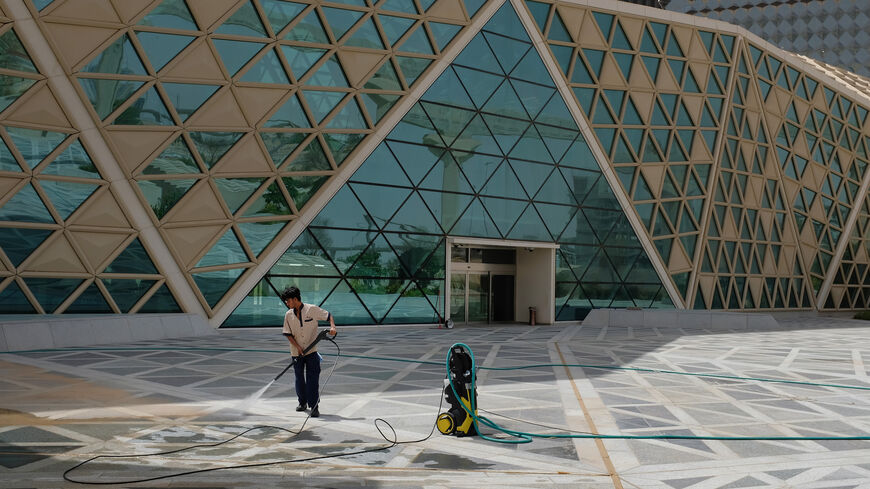 An immigrant worker cleans a plaza from sand with a hose at the newly-built King Abdullah Financial District on June 20, 2018, in Riyadh, Saudi Arabia. - Sean Gallup/Getty Images

Another drug bust in Saudi Arabia was reported today.

The Saudi General Directorate of Narcotics Control said it discovered 2,225,000 amphetamine pills in the Red Sea port of Jeddah that were hidden in floor wipers. The wipers were allegedly owned by a Riyadh resident who is a Syrian citizen. The person was arrested, the directorate said in a press release.

Why it matters: Saudi Arabia is in the midst of an intense drug war, in part driven by the kingdom’s amphetamine addiction issue. Saudi authorities regularly find drugs that people attempt to smuggle in increasingly creative ways. In April, the General Directorate of Narcotics Control reported finding more than 400,000 amphetamine pills hidden in elevator parts.

Captagon, which is related to amphetamines, is particularly a problem in Saudi Arabia. In April, Saudi customs officials found nearly 4 million Captagon pills in a single bust, for example.

Know more: The use of Captagon in particular is widespread throughout the region, including in Jordan and Syria.