Uzbekistan’s relations are also improving with the United Arab Emirates and Israel. 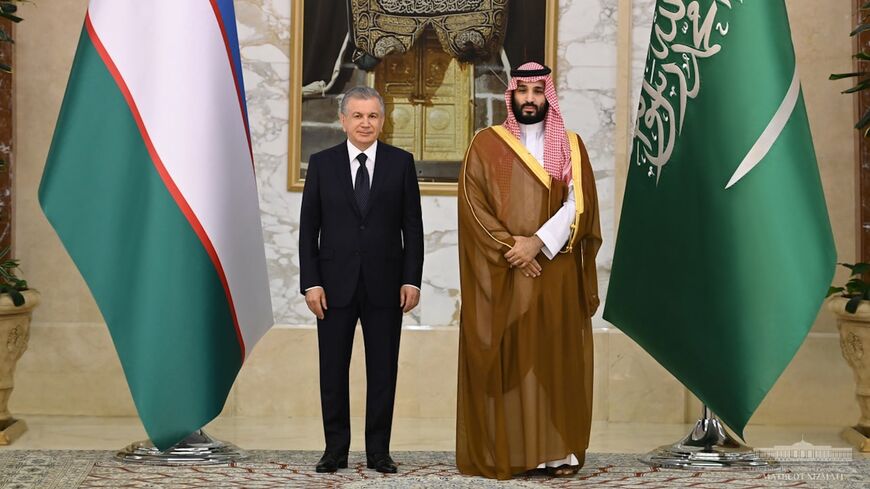 Saudi Arabia is seeking to improve its relations with Uzbekistan via a variety of investments and agreements.

During the visit, Saudi Investment Minister Khalid bin Abdulaziz Al-Falih signed several memorandums of understanding with his Uzbek counterpart for exploring investment opportunities and strengthening relations between the countries' private sectors. The agreements were in the air transportation, livestock, agriculture, sports, education, science, media, energy and technology sectors, according to the agency.

Yesterday, the London-based news outlet Asharq Al-Awsat reported that 13 deals worth about $12 billion were signed at the Saudi-Uzbek Business Council meeting.

The agreements made during the Uzbek delegation’s visit also covered renewable energy. The Dubai-based news outlet Zawya reported today that Saudi Arabia’s ACWA Power signed a $2.4 billion deal with the Uzbek government to build a wind project in the country.

Spokespeople for ACWA Power did not respond to Al-Monitor’s request for comment.

Why it matters: Trade between Saudi Arabia and Uzbekistan is on the rise. Saudi exports to the Central Asian country rose 20% last year, while imports rose 37%, according to the Saudi Press Agency.

The main Uzbek export to Saudi Arabia in 2020 was nuts, followed by raw zinc. The main Saudi export to Uzbekistan that year was amino-resins, which are used to make plywood, followed by pesticides, according to the US-based Observatory of Economic Complexity.

This is also not the first time ACWA Power has sought to work with Uzbekistan. Last December, the company also signed a deal to build a wind farm in northwest Uzbekistan.

Know more: Uzbekistan has good relations with a few countries in the Middle East. Israel is currently seeking to boost its cooperation with the former Soviet Union state. A Uzbek company also signed a deal with Abu Dhabi’s AD Ports Group in July to open a trade hub.