The fragile Palestinian economy in the Gaza Strip has been largely affected by the Russian-Ukrainian war, which has caused price hikes and an increase in taxes. 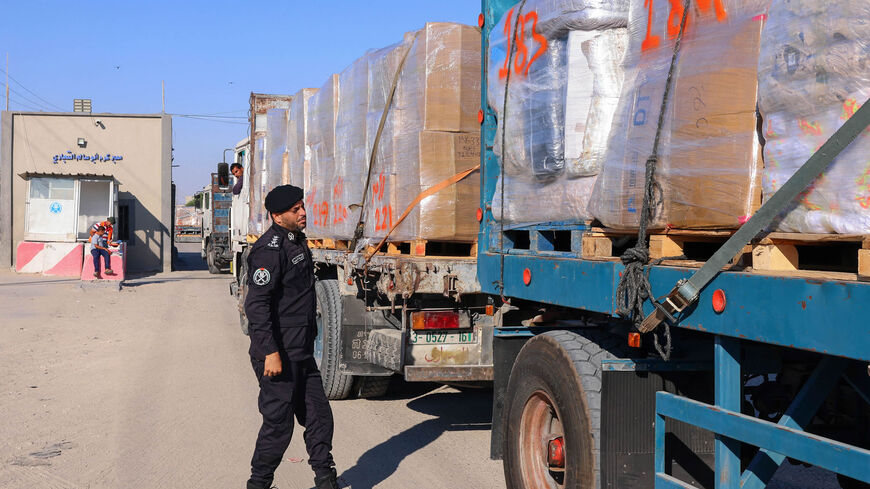 GAZA CITY, Gaza Strip — The fragile Palestinian economy in the Gaza Strip has been drawn into a deep crisis in the wake of the Russian-Ukrainian war, which has caused price hikes, confusion in local fees and taxes imposed on goods, and lower public sector employees’ salaries.

The Hamas movement, which has been in control of Gaza since 2007, has recently adopted several measures to tackle this increase in prices. Back in June, Hamas started off by reducing taxes on basic commodities such as cooking gas, but it was not long before this measure backfired and led the movement to grapple with a stifling financial crisis, while it mainly relies on local taxes to cover its expenses.

To compensate for the reduced taxes on basic commodities, Hamas imposed new taxes on other goods such as imported clothes, and is considering slashing a bigger percentage of the salaries of its approximately 40,000 government employees, which has deepened the crisis instead of solving it.

Since Egypt demolished in 2013 the border tunnels with the Gaza Strip on which Hamas relied to smuggle goods and cover its finances, government employees have been receiving only 60% of their monthly salaries.

Awni al-Basha, undersecretary of the Gaza Finance Ministry, told Al-Monitor that the government is suffering from a stifling financial crisis that will negatively affect the salaries of its employees, as the government is bearing the rise in prices of basic commodities, especially fuel, as a result of the Russian-Ukrainian war.

Basha said that the government was forced during the past months to borrow from local banks in order to be able to cover the 60%, but it is no longer able to continue fulfilling this obligation.

He pointed out that the government has developed a plan to overcome this budget deficit through a set of austerity measures at the level of expenditures, operational budgets and development budgets.

Of note, Hamas does not disclose its tax revenues, expenditures or employee payroll bills.

Mohammed Abu Jiyab, editor of Al-Eqtesadia newspaper in Gaza, wrote in a Facebook post July 27, “I have a question for the government: what is the reason behind the decline in revenues, what is the percentage of this decline, and what are the most important revenue sources that decreased? Can the government tell us the size of the [amount it collects in taxes and fees] and how it classifies its resources, or is it forbidden?”

Salama Marouf, chairman of the Gaza government media office, told Al-Araby Al-Jadeed website July 27, “The government has reached a stage where it is impossible for it to cover 60% of the employees’ salaries.”

In a July 23 statement, the Public Employees Syndicate in Gaza expressed its categorical refusal of any proposals to reduce the public employees’ salary rate, as it stressed its insistence on increasing the 60% rate.

In order to confront this deficit in taxes and the crisis in paying employees’ salaries, the Ministry of Economy in Gaza announced in a July 19 statement the imposition of new taxes on imported items and goods.

According to the decision, a tax of $3 will be imposed on each imported piece of trousers, jilbab (long and loose-fit coat) and abaya (long-sleeved, floor-length garment); $300 will be imposed as fees on each ton of nylon; $60 per ton of juice; $1,000 per ton of thyme or nuts; and $230 per ton of biscuits.

While local factory owners back the decision as it supports local products, the importing traders strongly reject it, and say it aims at reviving government revenues at their own expense.

Ziad al-Shanti, owner of Shanti Denim Factory in Gaza, welcomed the decision to impose new taxes on imported goods. He told Al-Monitor that the decision is in the interest of local products.

He noted that the local product is of high quality comparable to imported ones, “but people prefer to buy imported goods because there is a popular belief that imported products are always better than local ones, and that is wrong.”

On July 21, clothing merchants and importers in the Gaza Strip organized a protest in front of their union headquarters in Gaza City in order to voice their opposition to the new taxes.

Emad Abdelhadi, representative of Gaza’s Union of Clothes’ Merchants, refused these taxes. He told Al-Monitor that the Ministry of Economy did not discuss such measures before imposing them, and that it came as a surprise to merchants who are facing the risk of bankruptcy due to the taxes imposed on their imported products.

Abdelhadi explained that about 800,000 pairs of trousers and 20,000 robes and abayas are imported on an annual basis.

Palestinian activists called for demonstrations in the Gaza Strip Aug. 5, dubbed as the “Friday of Dignity,” in rejection of the recent taxes introduced amid high unemployment and poverty rates in Gaza.

According to statistics published June 21 by the United Nations on the situation in the Gaza Strip, about 80% of Gazans depend on humanitarian aid, and more than half of the population of 2 million live in poverty, while roughly 80% of the youth are unemployed.