Palestinian construction workers are suspicious about a new mechanism agreed upon by Israeli and Palestinian Authority administrations, for salaries to be paid directly into Palestinian bank accounts and not in cash. 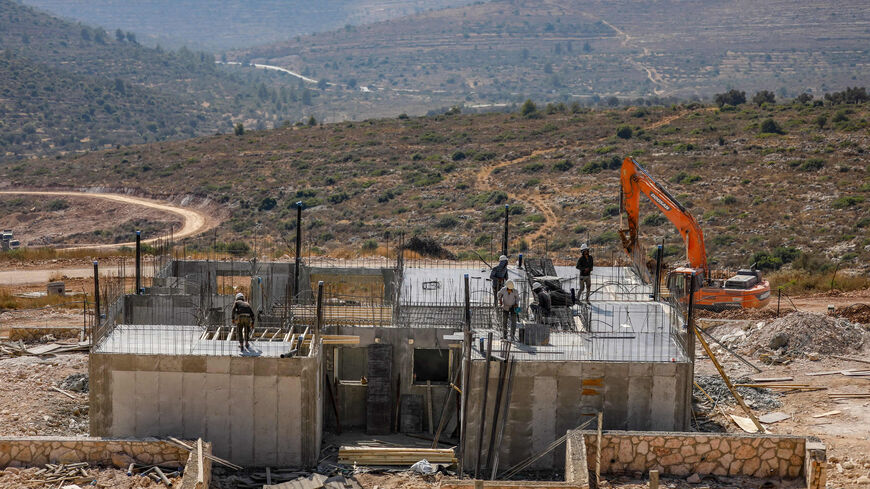 Thousands of Palestinians employed in Israel went on a one-day strike Aug. 21, in protest against a decision to pay their salaries into Palestinian bank accounts.

Generally, Palestinian workers, most of whom work for contruction companies, receive net salaries in cash. The construction companies are required to report to the Israel Population and Immigration Authority the number of days and hours each worker has labored, for his health care and pension charges to be calculated and paid for. Still, many workers have complained over the years that they did not get paid in full, or that the reports about their working hours were inaccurate. This system has another drawback as it forced employers to go around with huge sums of cash in order to pay their employees’ salaries.

In 2019, Bank of Israel published a study it conducted on the illegal trade in work permits for Palestinians. The study found that about 20,000 Palestinian workers — about 30% of the Palestinian workers employed in Israel at the time on a work permit — actually paid for it. The average price of a permit was 2,000 Israeli shekels ($610 per today's exchange rate) per month.

Also in 2019, an interministerial committee was tasked with regulating wages and social rights of Palestinian workers. The committee found significant gaps between the rights that workers are entitled to according to Israeli law and their actual conditions. A report issued by the committee recommended to transfer the responsibility for all payments to Palestinian workers from the state — the Immigration Authority — to the employers themselves, so that the state would engage only in regulation and supervision, similar to the situation with Israeli workers. It also recommended prohibiting the payment of wages to workers in cash. Rather, the employers would have to issue paychecks to their Palestinian workers, as they do for Israeli workers.

An important step in that direction was taken in that year, when Bank of Israel and the Finance Ministry set up a public entity that was tasked with facilitating the transfer of money from Israeli banks to Palestinian ones. Until then, three Israeli banks offered this service. Still, the procedure was long and complicated, as the Israeli banks feared possible US sanctions in case the Palestinian party was suspected of links with terrorist activity or groups. The new public entity was set up to shorten this verification procedure.

When the coronavirus pandemic broke out, this issue of payment to bank accounts became even more acute. Thousands of Palestinian workers had to stay almost two months in Israel, without going back home to the West Bank, because of the restrictive measures. Thus, they could not transfer their (cash) salaries to their families. A few construction companies agreed to start paying salaries into bank accounts, but the procedure was not generalized.

In 2018, the government decided to restrict cash payments. The current government advances the same policy, and paying salaries directly to Palestinian bank accounts conforms certainly with this approach.

Also, Defense Minister Benny Gantz and other Cabinet ministers have been promoting in the past year several steps designed to improve the living conditions of Palestinians both in the West Bank and the Gaza Strip. The decision to favor payments to bank accounts instead of payments in cash was part of this policy, and was reportedly taken jointly with the Palestinian Authority (PA). The new payment method is supposed to be a more efficient and more secure way to pay salaries.

Most of the Palestinian workers do not have bank accounts. Having payments regularized would create a new revenue source for the financially strapped PA. Palestinian banks would also enjoy a windfall in service fees. While this is not really negative, it seems that many Palestinian workers do not trust the Israeli and Palestinian administration. They fear that the new procedures will expose them to paying all sorts of hidden fees and new taxes, and this was the reason for their strike Aug. 21.

Palestinian Labor Minister Nasri Abu Jaish said the new arrangement was meant to protect the rights of the workers. He pledged that there was no plan to impose on them new taxes. An unnamed Israeli Defense Ministry official told the press the new measure would fully be enacted on Jan. 1, 2023, enabling a four-month adjustment period. “This will strengthen the Palestinian economy. It will have many positive effects like ensuring workers’ pensions are paid by their Israeli employers and reducing black money,” he was quoted as saying.