Populist Shiite cleric Muqtada Sadr presses on the Judiciary to dissolve the parliament as a preparation for early elections. 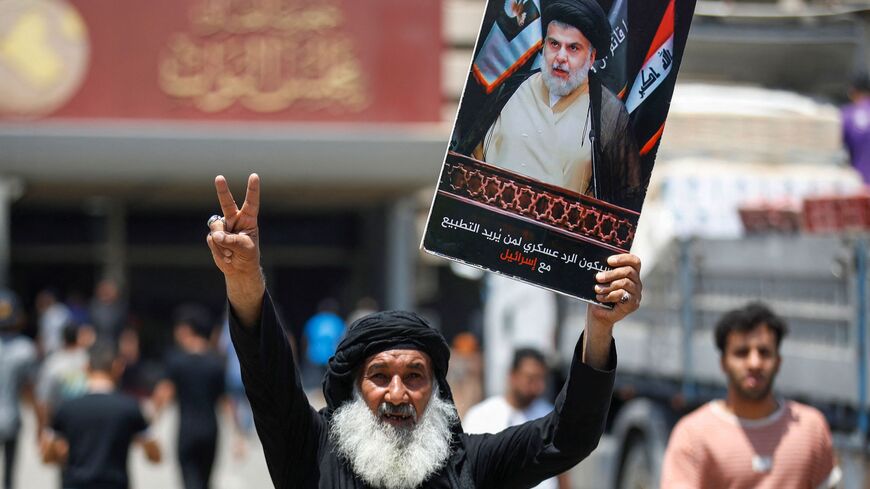 In his last public speech on Aug. 3, Muqtada al-Sadr called for the dissolution of parliament and organizing early elections.

This came after Sadrists stormed into the parliament building following the Coordination Framework attempt to form an anti-Sadrist government.

Following Sadr’s call for early elections, most Coordination Framework leaders agreed on the early elections. But the two sides disagree about the details.

Sadr tweeted today that “the judiciary should work on dissolving the parliament by end of next week and then the president should set the date for an early election.” He asked the protestors to remain in place and preprepare for a new wave of escalatged protests.

Sadr’s tweet was a response to Maliki's statement two days ago in which he demanded the parliament return to its normal work in order to prepare for early elections.

Sadr in return is asking the Judiciary to dissolve the parliament, as it had failed to form the government within the constitutional deadlines.

In fact, Sadr wants to stop the Coordination Framework from making any amendments to the electoral law, the electoral commission and the electronic counting system adopted in the 2021 elections.

With the absence of the parliament, the new elections will be organized based on the previous status.

Sadr also wants the current government under Prime Minister Mustafa al-Kadhimi to be in charge of the elections, not a new government that would be under the influence of the Coordination Framework, since Sadrists are not represented in the parliament.

For the above-mentioned reason, the Coordination Framework called in its statement in response to Sadr's tweet for the formation of a new government.

“The Framework calls [for] speeding up the government formation and the importance of finalizing the presidential candidate,” the statement reads.

They also called for the respect of state institutions, especially the Judiciary and the legislature. This means they will not accept a parliament dissolution with the Judiciary's ruling, but instead by a parliament decision after finalizing the changes they are looking for in the electoral law, electoral commission and counting system.

Sadr, in return, asked his followers to file legal cases against the parliament, demanding the federal court dissolve it.

Judiciary head Faiq Zaidan said earlier this year in an article that the constitution did not set any punishment for the parliament when it fails to form the government within the constitutional deadlines.

The only way to dissolve the parliament is for two-thirds of its members to vote for the dissolution.

Zaidan asked to add a new mechanism for dissolving the parliament, specifically for the time it fails to form the government within the constitutional deadlines.

The suggested mechanism is to dissolve the parliament by a request from the prime minister approved by the president, after the deadlines meet.