The Pentagon has warned Iran not to provide armed drones to Russia for use in Ukraine. 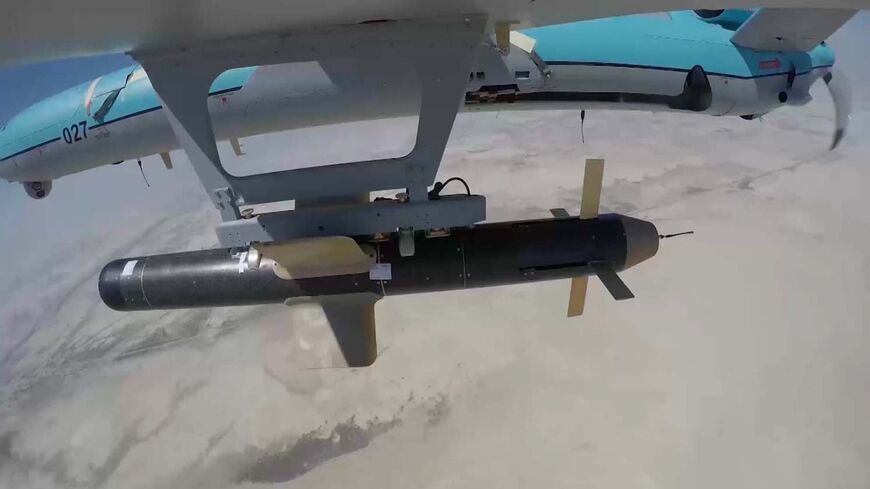 A handout picture provided by the Iranian army's official website on Sept. 11, 2020, shows an Iranian Simorgh drone carrying a weapon during the second day of a military exercise in the Gulf. - Iranian Army office/AFP via Getty Images

Russian officials have received training on Iranian military drones in Iran over the past several weeks, a US official confirmed to Al-Monitor.

US intelligence believes the training is part of a recent agreement for Tehran to supply up to several hundred Iranian-made military drones to Russia amid its war in Ukraine.

The US official who spoke to Al-Monitor did not specify whether Russian military or intelligence personnel were involved in the training.

Citing Sullivan and other US officials, CNN reported last month that Russian delegations had traveled at least twice to Kashan Airfield south of Tehran to view a showcase of Iranian Shahed-191 and Shahed-129 drones.

Al-Monitor has reached out to the Russian Embassy in Washington for comment.

Why it matters: Russia has lost dozens, possibly hundreds of its own drones in its war against Ukraine, while the Ukrainian military has relied on supplies of Turkish-made Bayraktar TB-2 drones to disrupt the invaders’ initial drive to Kyiv.

Washington has so far held off on plans to send MQ-1C Grey Eagle drones capable of carrying Hellfire missiles to Ukraine, reportedly over technology security concerns, but has sent several hundred Switchblade kamikaze drones to Kyiv.

Despite urgent requests from Ukraine for more lethal weaponry from the West, US officials have been wary of further escalating an arms race with Russia in the conflict.

That Moscow is seeking resupply from Iran underscores the reputation Tehran has earned for its UAV technology and the extent to which US sanctions have pushed those two countries to cooperate on defense.

Armed drones of Iranian origin have struck targets ranging from commercial ships in the Persian Gulf to oil facilities in Saudi Arabia and the United Arab Emirates in recent years. Iranian advances in projectile weapons — including ballistic and cruise missiles — have undermined the US military’s decadeslong air superiority in the region, American military officials have said, leaving Iran’s neighbors vulnerable to pinpoint attacks.

Russia has depleted much of its stockpile of precision-guided missiles during the war, Western officials say, leading its forces to rely increasingly on so-called “dumb” munitions.

“We would advise Iran not to do that. We think it’s a really, really bad idea. And I’ll leave it at that,” Austin said.

Assistant Secretary of State Barbara Leaf described the nascent partnership between Tehran and Beijing as “a very unwelcome turn of events,” but added that “it is not surprising.”

Leaf also accused the Chinese government of turning a blind eye to shipments of Chinese-made drones to Iran-backed militias in the Middle East, saying “China is getting away with murder, in some terms.”

This story has been edited for clarity.