The drill was staged amid US intelligence reports that the Islamic Republic was planning to send Russia weapons-capable combat drones to be used in its war on Ukraine. 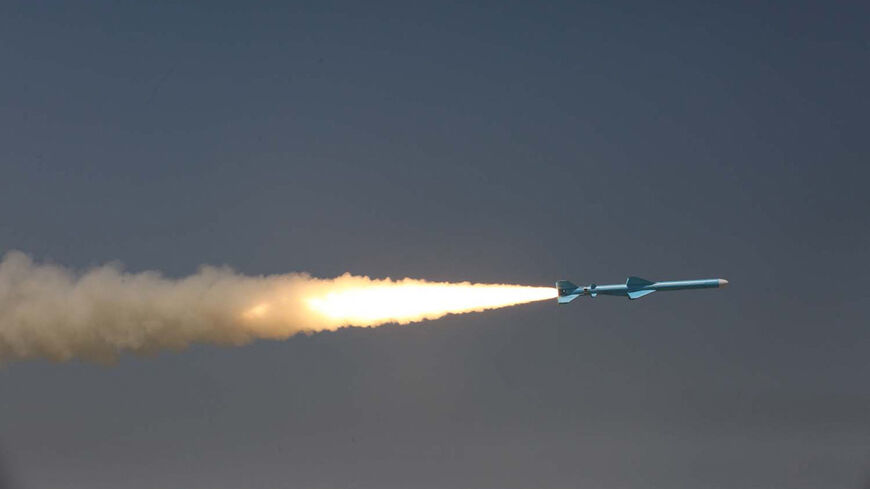 A handout picture provided by the Iranian Army's official website on Sept. 11, 2020, shows an Iranian Ghader missile being fired during the second day of a military exercise in the Gulf, near the strategic strait of Hormuz in southern Iran. - Iranian Army office/AFP via Getty Images

The Army of the Islamic Republic of Iran wrapped up a two-day nationwide drill in which as many as 150 drones were tested in combat, reconnaissance and electronic warfare operations.

The exercise was held in multiple land locations as well as in the Persian Gulf waters and the Sea of Oman. According to the drill's spokesperson, Vice Adm. Mahmoud Mousavi, the drones successfully struck mock enemy positions using precision missiles and other weapons.

The Iranian press reported that reconnaissance and intelligence gathering abilities were also tested, with other drones assessed for their capabilities in guarding borders and detecting radar-evading equipment.

Army officials described the Kaman drone types 12 and 22 in particular as "very valuable," adding that the aircraft was currently being mass produced. Meanwhile, in a report covering the drill, the state broadcaster said the Omid drone was a rival to its Israeli Harop counterpart, noting, however, that the details of the impact power could not be released for security reasons.

"We are not setting eyes of aggression on any country," declared the Iranian air force commander, Brig. Gen. Hamid Vahedi, on the sidelines of the exercise. "The Islamic Republic is a drone hub in the region, which is a matter of pride for the soldiers of the supreme leader."

The drones were showcased only a month after US authorities — relying on declassified documents — stated that the Islamic Republic was set to export drones to Russia, which will employ them in its war on neighboring Ukraine. According to US national security adviser Jake Sullivan, Tehran's plan covers several hundred drones, some of them weapons-capable. He also noted that Iran was preparing to train Russians on how to use its unmanned aircraft.

Tehran has neither denied nor confirmed the statements. "The history of cooperation in some technological areas between the Islamic Republic and the Russian Federation dates back to well before the Ukraine war, and there has recently been no special development in this regard," said the spokesperson of Iran's Foreign Ministry, Nasser Kanani at a press briefing last month.