Iran, Russia use own currencies for trade

Saudi Arabia and India have also signaled moving away from the US dollar. 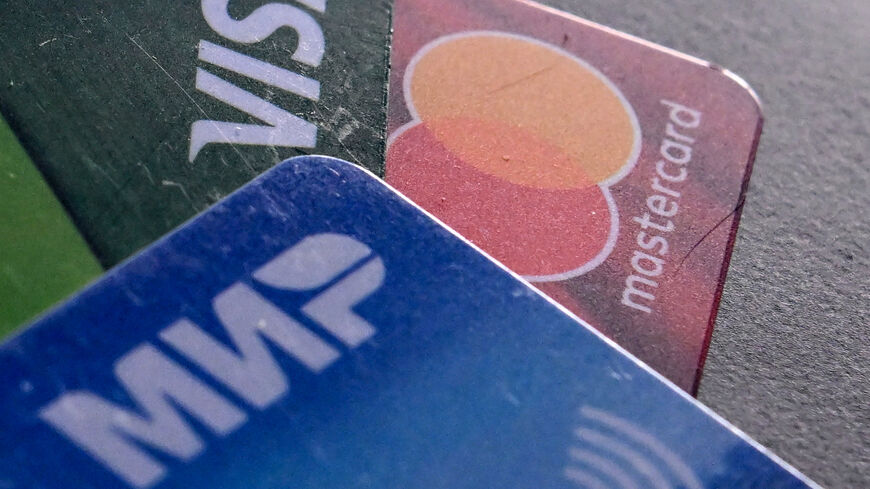 A photo taken on March 14, 2022, shows the logos of Visa, Mastercard and Russian Mir payment systems on bank cards in Moscow. - AFP via Getty Images

Iran and Russia have started trading in their national currencies.

The Iranian ambassador in Moscow, Kazem Jalali, said last night that entities in the two countries have begun conducting trade in rials and rubles for the first time. The currencies were handled by the Russian Central Bank’s Mir system, the official Islamic Republic News Agency reported.

Russia set up Mir in 2014 in response to sanctions over the conflict with Ukraine.

Why it matters: Iran and Russia have been working toward using their own currencies for business relations for some time. Iranian Economic Minister Ehsan Khandouzi announced in July that the Islamic Republic officially ditched the US dollar for trade with Russia.

One Russian ruble is worth around 703 rial, according to the currency converter website Xe.

Iran, like other countries, typically conducts trade in US dollars. Trading with Russia in rials and rubles allows Iran to further bypass the US-dominant global financial system. For example, in 2019, the international financial messaging system SWIFT cut access for most Iranian banks under pressure from Washington.

Some Russian banks were also barred from using SWIFT in February in response to the Russian invasion of Ukraine.

Know more: The US dollar could be losing a small bit of its dominance in the Middle East. Saudi Arabia and China have also discussed pricing oil deals in yuan instead of the dollar. India also decided last month to allowed rupee payments for imports and exports, which could also boost trade with Iran.